World Press Freedom Day: ‘The truth will never go out of business’ 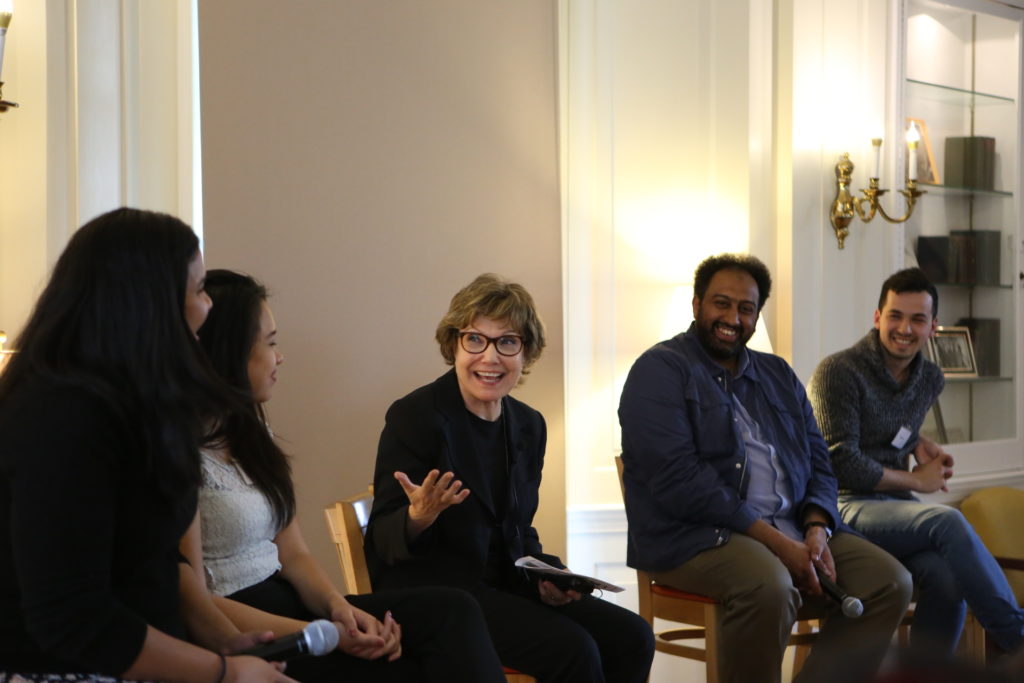 NEW YORK — Each year on World Press Freedom Day, organizations like The GroundTruth Project seek to remind the public of the rising dangers facing journalists globally. Reporters increasingly find themselves targeted by extremist groups and governments alike, leaving them vulnerable to those trying to keep corruption, abuse and other wrongdoing out of the spotlight.

An increasing number of countries now suppress or manipulate the media, leading to a global climate of declining press freedom, according to a report from Reporters Without Borders (RSF). More than 100 journalists were killed in 2015, many of them in countries considered to be “at peace.”

This is the environment awaiting the next generation of young correspondents. To help foster a culture of safety in journalism, GroundTruth and its partners at Overseas Press Club and Freedom House hosted a free security workshop and panel discussion at the International House in New York City on May 3.

Frank Smyth, the founder and executive director of Global Journalist Security, and Judith Matloff, a conflict reporting instructor at Columbia University, led the workshop for 20 young reporters from a diverse array of backgrounds. The one-day  introduction to risk assessment included practical advice on how to work safely on assignments ranging from climate change, infectious disease and civil unrest.

The workshop led into a panel discussion and luncheon that brought together industry leaders working in and alongside the press. GroundTruth founder Charles M. Sennott offered welcoming remarks and hosted a discussion with veteran ABC News correspondent Bob Woodruff. The conversation was by turns somber and wildly funny. Woodruff was critically wounded in 2006 by a roadside bomb in Iraq, suffering a traumatic brain injury from which he has largely recovered, allowing for his return to journalism.

“For those who do criticize journalists, go to countries where we don’t have the same freedom, and you realize how important it is,” Woodruff said. “The truth will not go out of business, no question about it.”

Because journalists are reporting in a time of rising peril for media freedom, they must constantly adapt using limited resources. Following the luncheon, a panel of experienced young reporters gave some insight into their own experiences. NBC News producer and former GroundTruth reporting fellow Tracy Jarrett talked about her experience covering the unrest in Ferguson, Missouri in 2015.

“Journalists were a huge target in Ferguson, they didn’t want us there,” Jarrett said. “What happens when the rioters start throwing things at the journalism compounds? You weren’t even safe in the safe areas that they set up for you.”

"You don't have to go into the war to cover it. Refugees coming out know the war better than you would just by showing up." @bentaub91 #WPFD

.@BobWoodruff "In China you can't talk about the three Ts – Tianemman Sq, Tibet and Taiwan but you keep doing that" @GroundTruth #WPFD2016

The conversation reflected on the future of journalism, and the different ways seasoned veterans could help train the next generation of foreign correspondents.

“There’s a movement underfoot that recognizes that we live in a time of rising journalistic peril, but we also live in a time of limited resources,” Sennott said. “How we’re going to sustain journalism is a big question on the table, and safety needs to be at the forefront.”