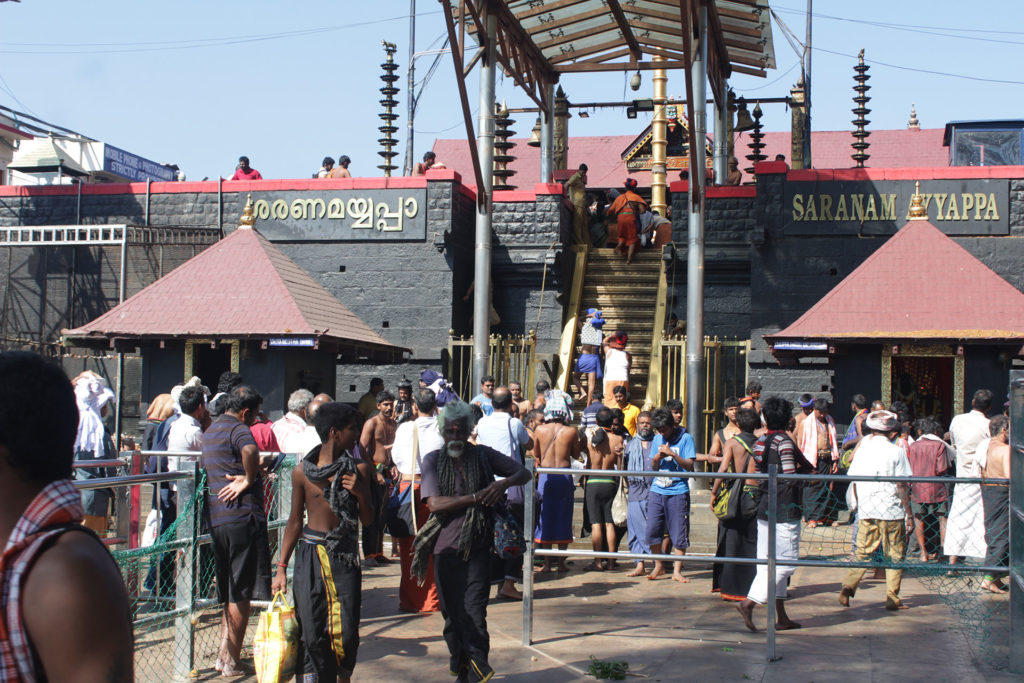 The temple of Sabarimala in 2017 (Photo by Wikimedia Commons)

KOCHI, India — This week, India’s Election Commission went back and forth on a ban preventing political parties from using a controversial religious dispute over Sabarimala, one of Hinduism’s holiest temples, in campaign appeals.

Last September, the Supreme Court of India ruled that women of all ages could visit Sabarimala, overturning a long-standing ban on women of menstruating age. Despite the ruling, Hindu traditionalists blocked women from entering, but two women found their way into Sabarimala in early January, touching off protests in Kerala.

On Monday, Kerala’s Chief Electoral Officer, Teeka Ram Meena, said political parties using Sabarimala as a campaign issue would be in violation of the Model Code of Conduct, a set of guidelines issued by the Election Commission of India, ruling what parties and candidates can and can not do during the campaign trail, including “any activity which may aggravate existing differences or create mutual hatred or cause tension between different castes and communities, religious or linguistic.”

By Wednesday, Meena clarified that votes cannot be sought by invoking the name of Sabarimala or Lord Ayyappa, a Hindu god worshipped especially often in Kerala, but there is no blanket ban.

“Sabarimala is a temple. If somebody uses the temple or solicits votes using the name of a temple or mosque, it will be a clear violation under point number six (of the Model Code of Conduct),” Meena said to The Times of India.

The controversial Supreme Court decision had become one of the core rallying cries for the Bharatiya Janata Party (BJP), India’s ruling party looking to maintain its majority in the elections, which will be held between April 11 and May 19 with a counting of votes on May 23.  Appealing to an 80 percent Hindu majority in India, the BJP has used the Sabarimala decision as an example of government interference in religious, specifically Hindu, practices.

“I have a particular faith that’s being violated and you’re telling me I can’t make that a political issue? That’s ridiculous.” said Ananth Krishna, 21, a law student and a BJP supporter.

The Election Commission’s wariness of using religious issues to stoke voters comes at a time when communal violence in India has risen, as has religious hate crimes. According to IndiaSpend’s #HateCrimeWatch, the number of hate crimes in India has risen from 18 reported incidents in 2014 to 92 in 2018. Much of this has been incited by the spread of religious misinformation online.

Last year after the Sabarimala decision, Keralan police reported that there were over 600 offensive messages inciting religious tensions.

Misinformation spread through social media like Kerala police arresting a child Sabarimala protester and BJP’s K. Surendran falsely claiming a woman was injured due to police brutality have been debunked by fact-checking sites like Boomlive and AltNews. 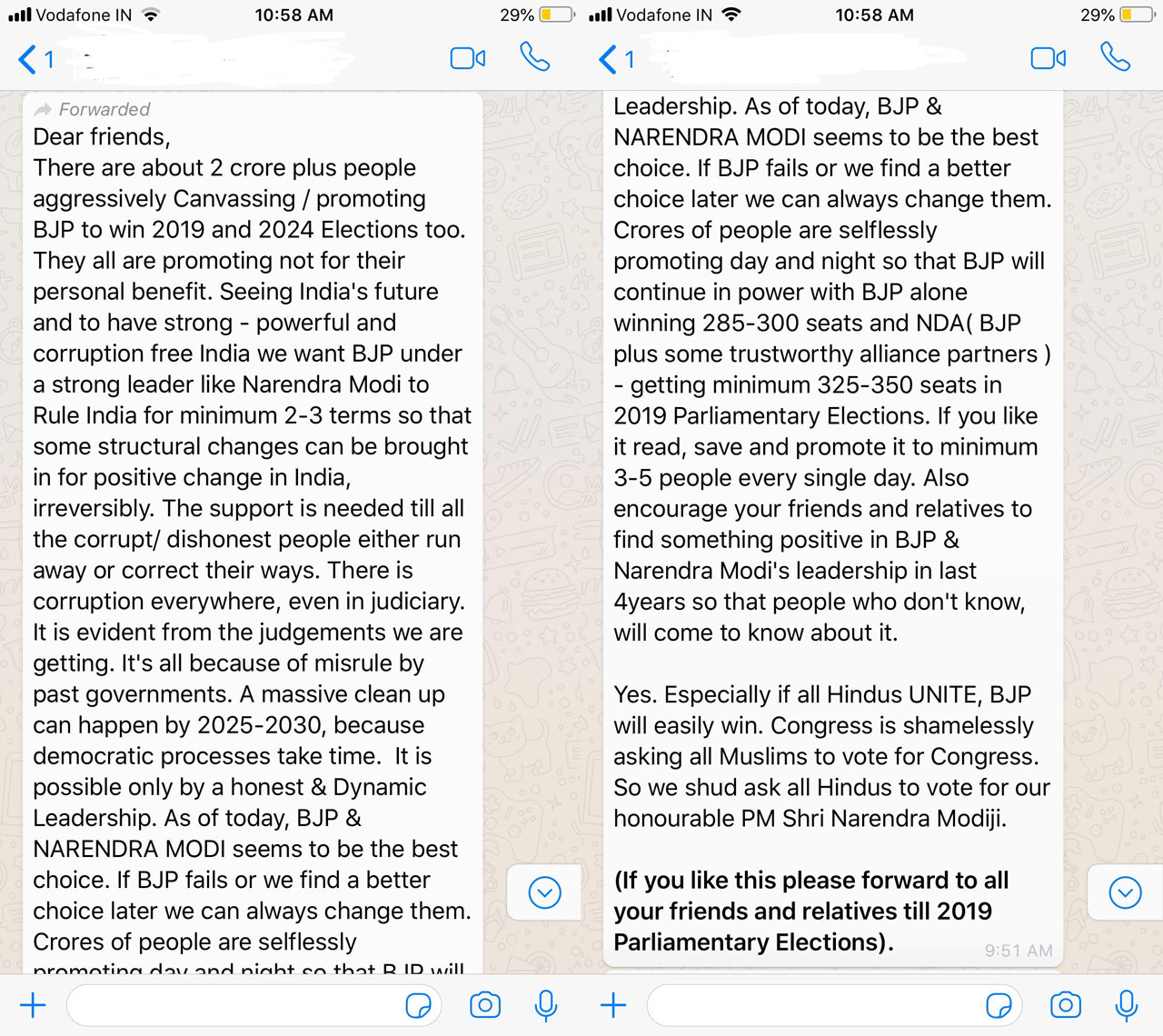 The government has flagged the spread of misinformation as a major issue for this upcoming campaign, outlining strict guidelines on political advertising online. They’re working with social media platforms to address violations.

Despitethese efforts and the Election Commission’s regulations on political parties, it’s impossible to dissuade  party supporters from spreading religious propaganda on their personal networks. Misinformation spread through encrypted platforms like WhatsApp has been especially hard to regulate given its closed access.

“I cannot tell people to stop doing those things. That’s their duty. My party’s intention is to love everybody,” C.G. Rajagopal, a BJP Leader in Kochi, said.

Later this month, the Election Commission will also release a mobile app, “Cvigil,’ that will allow citizens to anonymously report any code violations from any political parties by submitting photos or videos.

This story is produced in partnership with the Knight Chair in Media and Religion at the University of Southern California’s Annenberg School for Communication and Journalism.