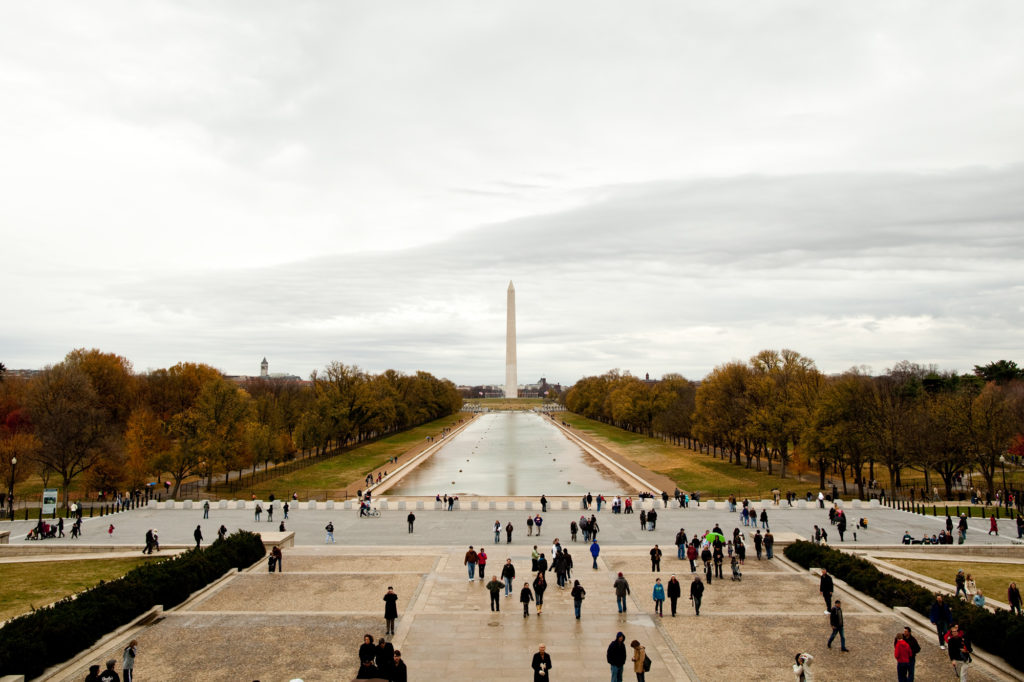 The Women's March on Washington will take place this Saturday, Jan. 20, 2017 in Washington, D.C. Sister marches will also be held in other major U.S. cities as well as various countries around the world. (Photo by Tom Thai/Flickr)

Maina Kiai is the U.N. Special Rapporteur on the Rights to Freedom and Peaceful Assembly and of Association. What that means is he travels around the world checking in on whether governments are steering clear of human rights abuses and how they are furthering justice for all.  He’s a veteran activist whose personal story begins in Kenya where government police forces promised to assassinate him after the contentious 2007 election – something I thought made him uniquely qualified to appreciate the tensions that elections can cause and to share his views about the Women’s March.
In most interviews, Kiai is most comfortable commenting on government behavior without calling politicians out by name. But today as America’s new President prepared to be sworn in, Kiai was quite at ease talking about why he has his eye on America: “Mr. Trump,” he says, “[has] not necessarily been in favor of international human rights.”

How does the Women’s March in D.C. – and more than 600 sister marches – fit into the context of other protests you’re seeing around the globe?

There’s a disconnect between politicians and people. This is a sign of what is going on around the world: women feel they need to express themselves, they need to be seen and they need to send that message collectively. And I don’t consider marches a part of any unrest. There is a right to peaceful assembly. If you look at all the international human rights laws, this is part of a process of public participation. One way to participate in the process is by voting. Another way is protesting and marching. I give them a lot of credit and support.

What has been learned from other protests led by women globally?

Women have historically protested a lot. The mothers of the disappeared in Argentina united, mothers of political prisoners in Kenya in early 1990s rose up, “comfort women” in South Korea demanded Japan accept responsibility [for keeping the women as sex slaves during WWII], Indian women led marches to protest companies taking way their land, America’s Black Lives Movement is led by women. Women are a formidable force, and almost everywhere you turn, women have been leading marches on very tough issues. This is not new. But this is eye-catching. And we do see that when women are on the frontlines, it provides a measure of protection. Police forces are softer when women are out there in front, leading the charge.

Because of the price that Kenyan security forces put on your head after the 2007 election, you seem to be in a particularly unique position to appreciate the tension that elections can cause…

My view is that the most important thing we can understand in a post-election period – especially if there is disagreement or discontent – is to allow people to express their opinions. It is stopping that expression that leads to disaster. It’s great this march is happening tomorrow because that is what in fact moves the processes forward. If you put lid on it, that’s when danger happens. In Kenya, the state refused to allow people to vent, and people were angry. The result is unmitigated disaster.

You’ve been looking at repressive regimes around the world for nearly a decade. Do you see any reason to now turn some of your attention to the U.S?

I have already done that. I’ve got my eye on the United States. In June, I came on a mission to investigate and have produced a preliminary report and am writing the final report now. The U.S. is crucial because of its historic role in the evolution and exercise of human rights globally. It is a place we are watching very, very closely. Mr. Trump’s comments have not necessarily been in favor of international human rights. This is a concern. It’s a worry – especially given the context that 3 million more people voted for Mrs. Clinton than Mr. Trump. In that context, it is essential that the option and practice of the freedom of expression is exalted. This is the only way to send the message that, yes, there is discontent and to apply some form of pressure.