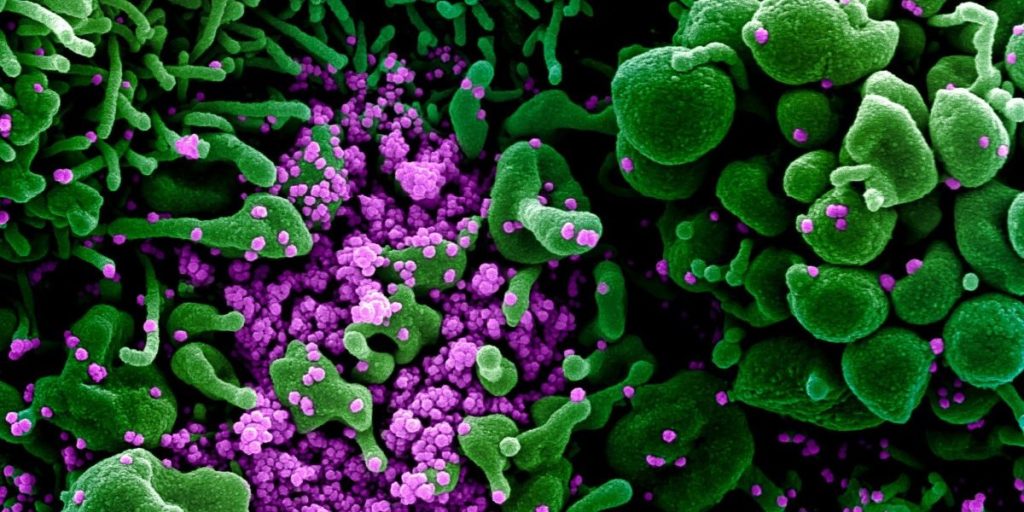 New Delhi: A World Health Organisation (WHO) advisory group has now suggested the possibility that the novel coronavirus, SARS-CoV-2, originated in a lab, cannot be squarely ruled out and therefore, this factor also needs to be studied as a possible theory to know what led to the COVID-19 pandemic.

The WHO’s Scientific Advisory Group on Origins (SAGO) of Novel Pathogens presented its first preliminary report on June 9 in which it outlined what data is required to go into the elusive question of the origins of the virus responsible for the worst viral outbreak in the last 100 years.

The panel did point out, however, that despite three of its members not being in favour of looking into the lab-leak hypothesis, the rest thought it couldn’t be ignored altogether.

This was a notable departure from the WHO’s own stand, expressed in one of its earlier reports on this issue, which came out last year. That report hadn’t ruled out an accidental leak of the virus from the Wuhan Institute of Virology in clear-cut terms, but had said that the virus’s laboratory origin was considered to be “extremely unlikely.”

The June 9 report, however, says future studies would require “access to and review of the evidence of all laboratory activities (both in vitro and in vivo studies) with coronaviruses, including SARS-CoV-2-related viruses or close ancestors.” The studies would also need to investigate the “laboratory’s approach to implementation and improvement of laboratory biosafety and biosecurity”.

This is the first time that a WHO panel is clearly recommending not only a study of the virus’s potential lab origins, but also seeking to define the contours of the same.

But the important question is whether or not independent researchers will ever be able to gain access to the lab materials in order to answer these questions.

It should be mentioned here that the Chinese authorities had prevented the international experts of WHO from getting first-hand access to hospitals and the Huanan seafood market of Wuhan during the first phase of investigation, done from January 14-February 10, 2021. Only Chinese scientists visited these places as part of the WHO investigation effort and other WHO experts analysed their results.

The Chinese foreign ministry has rejected the WHO’s proposal of studying lab origins as “political manipulation”.

Addressing a press conference on June 10, Chinese foreign ministry spokesperson, Zhao Lijian said, “[The] origins study must be conducted on the basis of science and free from political interference. The lab leak theory is a false claim concocted by anti-China forces for political purposes. It has nothing to do with science.”

He didn’t name any country but former US president Donald Trump had made such assertions. He also claimed that China had been transparent enough in sharing all details with the UN health body.

The second unpopular theory that the WHO panel wants investigated is whether the novel coronavirus was spreading before the recognised outbreaks in other countries. The panel cites studies from the US, Italy and France which found SARS-CoV-2 in samples of wastewater and sewage as well as blood, skin, throat swabs, serum, nasopharyngeal swabs and plasma of human beings.

Some of these samples were collected in October 2019 – two months before the world got to know about the virus. These are all peer-reviewed studies to this effect. These samples were stored prior to the SARS-CoV-2 outbreaks in the respective countries.

What the WHO group now recommends is the “further validation” and “verification” of these studies. “The SAGO is currently reviewing these studies and the methods used to identify the positive samples and will provide further information in forthcoming reports to the WHO.” In fact, it encourages more such investigations in other parts of the world, too.

The WHO group also wants a second review of the clinical data of the 76,000 patients who reported to more than 200 health facilities in Wuhan with various respiratory issues in October and November, 2019. Last year’s WHO report had also looked into this question and had said that it was highly unlikely that any substantial transmission of SARS-CoV-2 infection was occurring in Wuhan during those two months.

The earlier review did find that at least 92 cases were “compatible with SARS-CoV-2 infection” but further review ruled that out.  Now, the panel wants to double-check this. “The SARS-CoV-2 case definition was initially very stringent during this first review; this likely resulted in many asymptomatic, mild to moderate COVID-19 cases being missed,” the SAGO said.

Moreover, the panel even wants to know what led to the “unexplained increase” in influenza-like illness (ILI) cases in Wuhan in the week starting November 11, 2019. (Influenza is also a respiratory disease, like COVID-19).

The SAGO is also not fully convinced that the Wuhan seafood market was the only location where the spillover of the virus from animals to human beings occurred. It says that the genomes of the virus found in the people of Wuhan are not completely identical. The diversity suggested that multiple spillover events might have happened at more than one location, i.e, the Huanan seafood market.

Another million-dollar question that has been intriguing scientists is the question of the host and the intermediate host of the virus. No study till date has said anything conclusive about these two aspects.

Rhinolophus bats, which harbour betacoronavirus (the class of coronaviruses to which SARS-COV-2 belongs), were considered to be the likely host for the virus causing the pandemic. However, a survey, published as a non peer-reviewed paper by Zhiqiang Wu et al. in 2021, did not find SARS-CoV-2 positivity in the swabs collected from 13,064 bats found in 703 locations across China.

Then there is the puzzle of an intermediate host, i.e, a second host into which the virus landed from the primary host before entering into human beings. Racoon dogs and civet cats are considered the favourite reservoirs of different SARS coronaviruses.

The Huanan seafood market had the presence of several species which could have played the favourable host, including racoon dogs as well as red foxes and the like. However, none of them have been sampled in any of the studies simply because the Chinese authorities had cleaned up and sealed the market very quickly.

“Further information about studies into the testing of these animals, the tracing back of these animals to source farms and serologic [blood serum] investigations into people who farmed and sold/traded these animals have been requested to China,” the SAGO says.

There have been a number of independent studies which tried to look into the questions of the origins of the SARS-CoV-2. The last such study was done by a group led by ​​Michael Worobey, an evolutionary biologist at the University of Arizona. Pre-prints of this and another study, which was its extended explanation, were uploaded in February 2022.

Worobey, et al. had ruled out the lab origins of the virus. While talking to The Wire Science, Worobey had also said that the reports of virus originating from countries other than China and those emerging prior to December, 2019 were not convincing to him – something that the WHO group now wants to be looked into.

Worobey, et al. had tracked down the specific locations of 156 of the 174 people who had developed COVID-19 in December, 2019 in the Hubei province (where Wuhan is located).

“This analysis revealed that although cases in December, 2019 occurred across a wide area, a majority clustered in central Wuhan near the west bank of the Yangtze River, with a high density near to, and surrounding, the Huanan market,” the study’s pre-print read, thus, pointing out that the particular market was likely the first and most significant place of origin.

The WHO panel has given extremely detailed guidelines on what studies need to be done and how. But the question remains: how long it will take to do so?

The report itself says there are “recognised challenges” to conducting these investigations “such a long time after the initial outbreak.” So whether these studies, if at all conducted, will reach a logical conclusion, is something nobody can guarantee. However any leads can help launch better and early responses to future pandemics and, in fact, can even help prevent them.

Note: This copy, first published at 5:30 pm on June 10, was subsequently updated at 9:50 pm on the same day with the reaction from China.