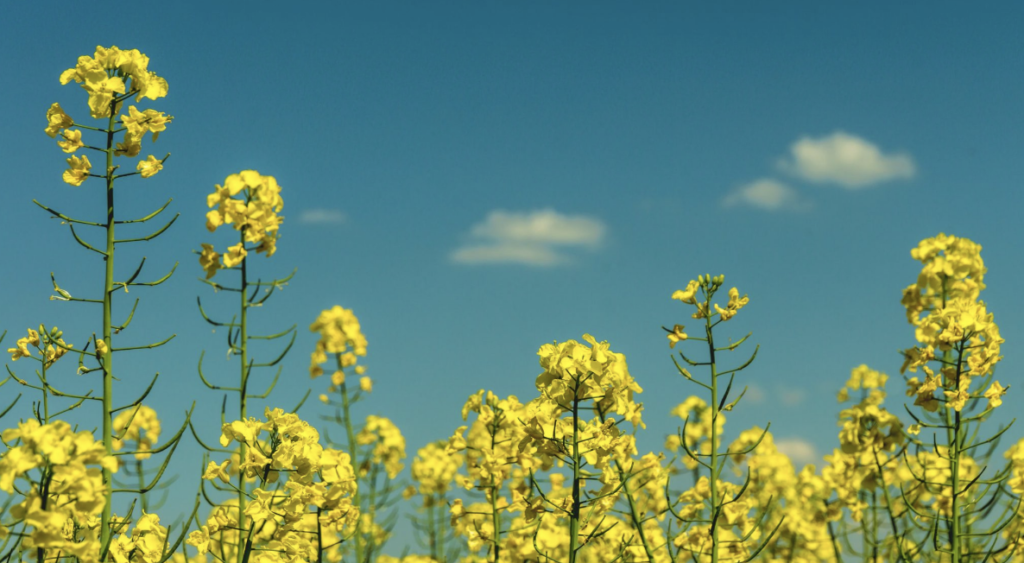 At this point, the Indian Council of Agricultural Research (ICAR) will conduct field trials of the seeds. If they are successful, and if its developers obtain other clearances as well – including a final ‘okay’ from the Union government – GM mustard will become India’s first GM food crop, and in two years, farmers could have GM mustard seeds in hand to cultivate.

But while agriculture and plant scientists have welcomed the move, activists are not pleased. The Wire Science delves into what GM mustard is, what gains it could bring to India and its farmers, and why activists are raising concerns about the hybrid.

On October 18, the Genetic Engineering Appraisal Committee (GEAC), a regulatory body under the Union environment ministry, approved the “environmental release” of the mustard hybrid DMH-11 at its 147th meeting. Environmental release is the deliberate introduction of a GM organism – i.e. whose genes have been tweaked using genetic engineering techniques – into the environment in small trials, so that scientists can measure and monitor its impact.

The mustard hybrid DMH-11 – where the letters are for ‘Dhara Mustard Hybrid’ – is the product of work by scientists at the Centre for Genetic Manipulation of Crop Plants, University of Delhi.

A ‘hybrid’ is a variety developed by crossing two seeds of the same species but with different traits – such as if one seed has higher yield than the other. Traditionally, scientists achieved this by selection or cross-breeding. ‘Selection’ is where farmers would simply select plants with desirable traits as the progenitors of future crops and cull the rest. In cross-breeding, two plants of choice would be bred together to produce offspring seeds with the desirable traits.

Today, scientists have an option in transgenic breeding – where they introduce genes, representing some traits, from other organisms into existing crop varieties to increase their yield, improve nutritive merits, lower pesticide use, etc.

This is how the Bt crops of cotton and brinjal were born. Here, scientists integrated some genes from the soil bacterium Bacillus thuringiensis (Bt) into the crop varieties, to help the resulting plants produce a protein that is toxic to insect pests. As a result, these crops were less vulnerable to being damaged by these pests.

Scientists did something similar to create DMH-11. They integrated two genes – called barnase and barstar – found in the soil bacterium Bacillus amyloliquefaciens in two mustard varieties, ‘Varuna’ and ‘Early Heera-2’.

The ‘barnase’ gene in Varuna effectively made it sterile, preventing inbreeding within this variety. This is called cytoplasmic male sterility – and is a very useful tool to create hybrids, especially in self-pollinating species like mustard plants. The barstar gene in the other variety, ‘Early Heera-2’, blocked the action of the barnase gene in ‘Varuna’.

Then they crossed the varieties with each other. The result is that the final hybrid – DMH-11 – is both high-yielding and fertile.

Experts have said that GM mustard will increase the productivity of this crop in the country. Indian Express reported that per ICAR’s contained field trials, DMH-11 will have 28% more yield than the popular Indian mustard variety ‘Varuna’. No information from the trials – other than this figure – is available in the public domain, however.

Higher yield is crucial for food security. India is currently one of the world’s biggest importers of edible oils, with imports meeting around 60% of India’s needs. Russia’s invasion of Ukraine and the resulting disruption in global supply had also increased edible oil prices, thus increasing India’s import bill.

Scientists – including the director of the Indian Agriculture Research Institute, Ashok Kumar Singh – have said that approving GM mustard could help India bring this bill down.

Crop varieties with desirable traits are also important in the context of climate change. Extreme weather events such as drought and excess rainfall have destroyed standing crops and decreased crop output. (There is also evidence that higher amounts of carbon dioxide in the atmosphere and increasing surface temperature affect crop growth and yield.)

Scientists have expressed hope that approving GM mustard will also ease the approval process for other genetically-engineered crops, such as Bt brinjal, which has faced stiff resistance from environmental activists and farmers’ bodies. In fact, the environmental release of transgenic mustard could be used to develop new hybrids as well, under the supervision of ICAR, the GEAC noted in its meeting.

This means more such hybrids – which utilise the benefits that cytoplasmic male sterility provides – can be developed by scientists for commercial use.

Opposing new technology is the least of activists’ worries. Their current biggest concern appears to be the GM mustard plants’ potential impact on bees.

There is no scientific data yet on whether bees and other pollinators will visit GM mustard flowers in India. If they don’t, it could directly shrink the population of pollinators. Pollinators are insects that help plants fertilise each other, thus enabling the latter to produce fruits, including commercially important ones like apples.

According to the minutes of the GEAC meeting, which approved the environmental release of GM mustard, the body noted “it seems unlikely” that the use of Bacillus amyloliquefaciens genes will have “an adverse impact on honey bees and other pollinators” based on evidence collected in studies in other countries and “per the recommendations of concerned ministries”.

As a follow-up, the GEAC has also suggested that ICAR conduct field demonstration studies to examine the effects of the mustard hybrid on bees and other pollinators to “generate scientific evidences in Indian agro-climatic situation and also as a precautionary mechanism”.

There are also rules in place to revoke the council’s approval “if any evidences regarding harmful effects of the approved GE mustard, such as damage to the environment, nature or health as could not be envisaged when the approval was given,” per the minutes.

Then there are fears that DMH-11 is herbicide-tolerant, Kavitha Kuruganti, co-convenor of Coalition for a GM-Free India, told Down To Earth. This concern is rooted in the presence of a third ‘bar’ gene in the hybrid, which reportedly makes its plants tolerant of a herbicide called glufosinate ammonium.

The implied consequence is that farmers could use herbicides to kill other plants without fearing for their impact on the GM mustard crops – which in turn could encourage the overuse of this substance.

Next, in a letter to Union environment minister Bhupender Yadav on October 28, the Swadeshi Jagran Manch – affiliated with the Rashtriya Swayamsevak Sangh – wrote that DMH-11 lacks evidence of superior yield. The body has thus called the move “dangerous” and urged the Union government to not permit GM mustard seeds to be planted “now or ever”. The Trinamool Congress has also joined the fray of parties opposing the clearance.

Opposition to GM mustard is not new. The Indian government issued a similar clearance to a GM mustard hybrid in May 2017, after trials by Punjab Agricultural University and the Indian Agricultural Research Institute, New Delhi. But activists and farmers’ bodies approached the Supreme Court.

The court asked the government to make an “informed” decision in the matter. Specifically, the court said it would hear the activists’ plea if the government approved GM mustard first. But the environment ministry didn’t respond – and the matter remained pending.

Not a thing has changed from 2017 to now, Kuruganti told Business Standard, and the government is yet to address the concerns she and others had raised then.