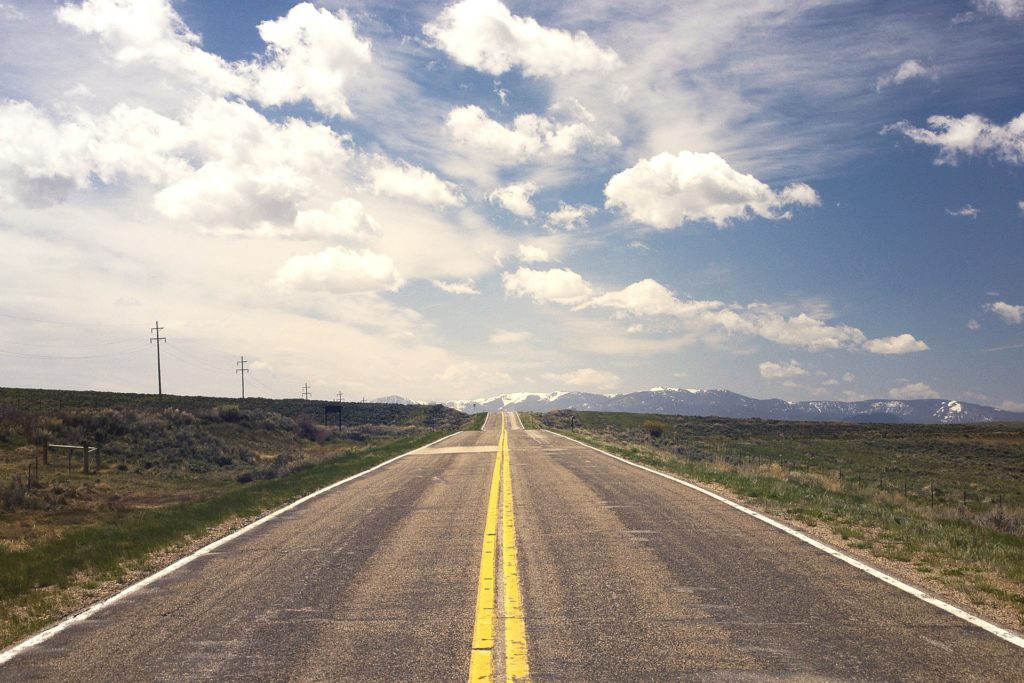 Recent graduates from five public universities will be selected for a cross-country reporting road trip running from late August to mid-November.

This new reporting initiative will bring together a diverse team of five recent college journalism graduates as fellows who will embark on a three-month long, cross-country journey, investigating and reporting on what it means to “cross the divide.” At a time of deep division in the United States, the fellows will leverage storytelling events, interviews and local partnerships, to explore and share about deep social, political and economic divisions in our nation.

“With The GroundTruth Project’s history of in-depth reporting and WGBH’s continued innovation in journalism and education, ‘Crossing the Divide’ will provide fertile ground in which to grow journalists with a drive to create reporting that bridges divides,” said GroundTruth founder and executive director Charles Sennott. “We hope to create a model for young leaders to listen and connect with communities on a deeper level.”

The fellows, chosen for their demonstrated promise, diverse perspectives and specific media expertise, will travel across the country from Massachusetts, through Kentucky, along the Mississippi River to Minnesota, on to Montana, ending on the northern coast of California. At each stop along the route, community storytelling events will inform their reporting. Two “junior fellows” chosen from a local high school in each community will serve as community ambassadors, sharing their perspectives and shadowing the five fellows during portions of the visit.

In an effort to introduce the journalistic process and real-world examples of civic engagement to younger students, WGBH and PBS LearningMedia™, which provides classroom-ready digital learning experiences for nearly 2 million registered educators across the country, will explore how “Crossing the Divide” resources and content can enhance existing classroom curriculum. Classrooms across the country will be encouraged to follow the reporting fellows’ journey, and a curated selection of content will be added to the PBS LearningMedia collection.

The GroundTruth Project is in the process of seeking local media partnerships along the route, including public radio stations, newspapers and public television stations who will run the stories. Social media will play an integral role in documenting the journey, inviting community engagement and providing an open window into the journalistic process. Behind-the-scenes content will be shared daily on a Tumblr, and Facebook Live broadcasts will provide a real-time look at content creation.

“The critical skills fellows will develop through participating in ‘Crossing the Divide’ will help them, and high school students across the country, better understand the evolving ways in which news media is developed and shared,” said WGBH Director of Youth Media Hillary Wells. “We hope that by teaching the next generation of journalists to investigate and accurately report the news, we will equip them with the skills they need to identify, understand and address key societal issues.”

Funding for “Crossing the Divide” is provided to The GroundTruth Project by the Bake Family Trust, the Ford Foundation, the John D. and Catherine T. MacArthur Foundation, the JMB Charitable Fund, the Solutions Journalism Network and individual donors.

The GroundTruth Project is an independent, non-profit media organization dedicated to supporting a new generation of journalists to tell the most important stories of their generation. GroundTruth fellowships center on issues of social justice that matter for an increasingly interconnected world, including human rights, freedom of expression, emerging democracies, the environment, religious affairs and global health. In the past year, GroundTruth has been recognized with a National Edward R. Murrow Award, an Alfred I. duPont-Columbia University Award and an Overseas Press Club Award. GroundTruth is based in Boston at WGBH, the flagship PBS station.

WGBH Boston is America’s preeminent public broadcaster and the largest producer of PBS content for TV and the web, including Frontline, NOVA, American Experience, Masterpiece, Antiques Roadshow,Arthur and more than a dozen other prime-time, lifestyle, and children’s series. WGBH also is a major supplier of programming for public radio, and Public Radio International (PRI) is an affiliated company. As a leader in educational multimedia for the classroom, WGBH is co-founder and the largest content contributor to PBS LearningMedia, (pbslearnmedia.org), a partnership of PBS and WGBH Educational Foundation. PBS LearningMedia is a free PK-12 digital media library that offers educators high-quality, classroom-ready digital learning experiences for engaging students. WGBH also is a pioneer in technologies and services that make media accessible to those with hearing or visual impairments. WGBH has been recognized with hundreds of honors, including Emmys, Peabodys, duPont-Columbia Awards and Oscars. More info at www.wgbh.org.