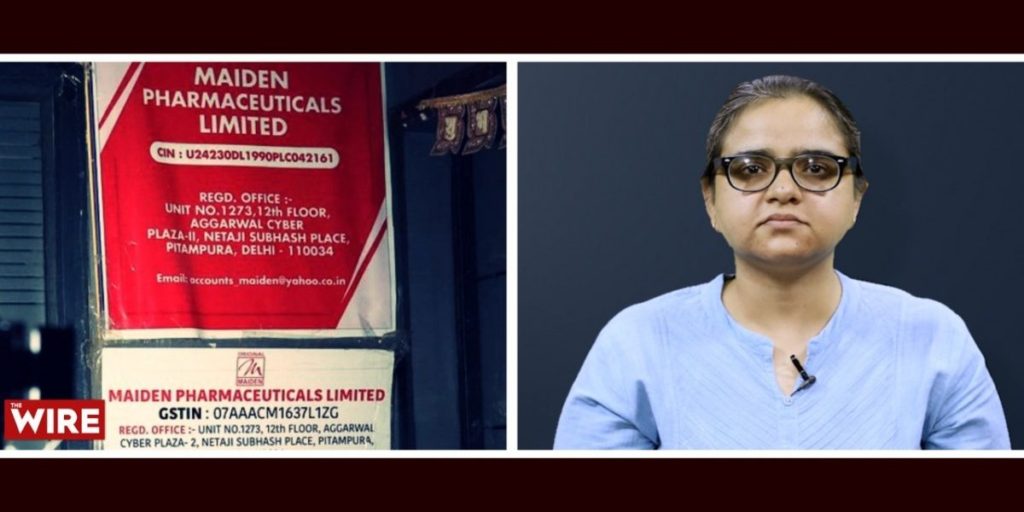 New Delhi: It has been a week since World Health Organisation (WHO) director-general Tedros Adhanom Ghebreyesus linked the deaths of 66 children in the West African nation of Gambia to toxic chemicals found in four cough syrups made by Haryana-based pharmaceutical company, Maiden Pharmaceuticals Limited.

Yet, no word has come until now from India – either from the company, or from Indian authorities.

Maiden Pharmaceuticals has a number of questions to answer now – did it inspect the raw materials it used in the cough syrups to make sure that they did not contain contaminants; did they purchase these raw materials from licensed vendors; and so on.

While an investigation into the matter can be expected now by India’s drug regulator, the Central Drugs Standard Control Organisation (CDSCO), the question that must be asked is, could timely quality checks and scrutiny have identified the contaminants and avoided the disaster?

What’s more worrying is that one of the fatal contaminants found in Maiden Pharmaceuticals’s cough syrups – diethylene glycol (DEG) – has cropped up in India before, in products made by the very same company. And there is no information about action was taken against the manufacturer then.

The Wire‘s Banjot Kaur examines the matter in full in the video below.