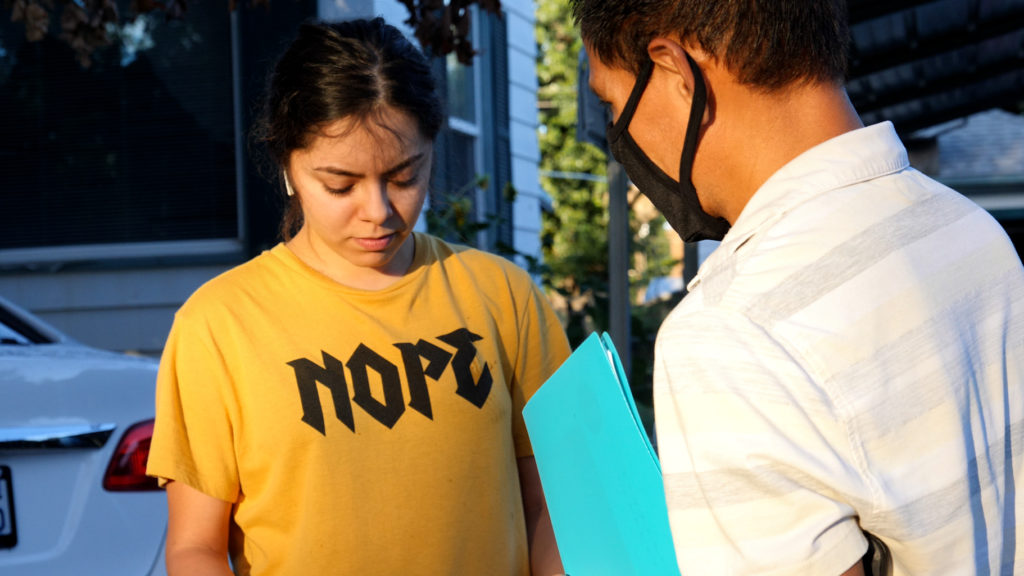 Evangelina “Bengie” Aguilar, 59, spent her childhood as a migrant farmworker. She was born in Arizona, but work took her family to farms from Washington to Texas. Aguilar worked in the fields alongside her 11 siblings, and got started at an early age. She learned to count as she packed bushels with a dozen scallions at a time.

At 19, she settled in the lower Yakima Valley town of Sunnyside, where Latinos make up over 80 percent of the population. In 2001, she became the first Latina to serve on the Sunnyside City Council. In that role, though, she hit roadblocks. Colleagues often rebuffed her when she would bring up issues important to her constituents. Aguilar remembers one fellow council member telling her the Latino community had “no value” to him because they didn’t participate in politics. Aguilar finished her term in 2004, but she still remembers her feelings of anger. Her frustration reached a point in which Aguilar, a devout Catholic, felt she needed to go to confession. “I was like, ‘Remove these thoughts from me, Lord!’”

Nearly two decades later, the Latino community here is still fighting to make their voices heard in local government. In July, the immigrant advocacy group OneAmerica filed a lawsuit against Yakima County, alleging that its at-large voting system dilutes the agency of Latinos in violation of the state Voting Rights Act. According to census estimates, Yakima County’s population of 250,000 is about 50 percent Hispanic, yet the county has had just one Latino county commissioner in its history.

Ahead of a heated election in which voting access for communities of color has been a flashpoint, OneAmerica and four other plaintiffs, Aguilar among them, want Yakima County to adopt a voting system many see as a more equitable option. The plaintiffs have proposed ranked choice voting (RCV), in which voters rank their candidates of choice in order of preference at the ballot box. If a voter’s top-ranked candidate is eliminated from the race, they still have a voice. Their vote would then count toward their second choice in a process that continues until all candidates are selected.

“Because of the demographics of the county and our election system, about 48 percent of the population gets to decide who gets 100 percent of the seats on the county commission,” Aguilar said during a virtual press event. Ranked choice voting, on the other hand, would “make it possible for us to create new diverse and equitable leadership in our county.”

Currently, candidates for the Board of Yakima County Commissioners run for office first in their respective districts’ primaries before advancing to an at-large general election. This format means the entire county votes on each district’s candidates, thus leading to white candidates routinely beating Latinos, even in Latino-heavy districts.

Such an election system has been struck down here before. In 2014, a federal district court ruled that the city of Yakima’s at-large elections violated the federal Voting Rights Act. In his ruling, District Court Judge Thomas Rice wrote that “the non-Latino majority in Yakima routinely suffocates the voting preferences of the Latino minority.” For 37 years, Yakima’s at-large elections never yielded a Latino city councilor (Sonia Rodriguez was appointed to fill a vacancy in 2008), but in 2015, after a court-ordered district system was implemented, Latinos won three of the seven council seats.

Dulce Gutiérrez, a plaintiff in the current suit against the county, was one of the victors. “My ability to run for office … was a result of the city losing a civil rights lawsuit,” she said. Gutiérrez called the lawsuit a “difficult chapter” for Latinos in Yakima, saying the Latino community “was insulted and offended every step of the way by city council members, by city mayors, by city staff, city attorneys, and of course the commentators on social media.” In sum, the city spent $3 million fighting the case.

Other Washington cities, such as Pasco and Wenatchee, switched to district-based elections after the Yakima decision, and in 2018, Washington state passed its own version of the Voting Rights Act, following the momentum of the changes in local politics.

The demographic change in the Yakima Valley represents a trend happening across the United States in which a racial “minority” becomes a city or county’s largest demographic group. Yakima County has seen this shift over several decades as migrant farmworkers who moved to the region to pick asparagus, grapes, and apples stayed and raised families in the area.

As long as there has been an immigrant population in Yakima, there has been resistance to their participation in local government. The only Latino to have held county office was Republican Jesse Palacios, who served two terms on the county commission from 1998 to 2006. All of the plaintiffs in the OneAmerica case are Latinos with a political history in the Yakima Valley. In 2018, Aguilar ran for a seat in the 15th District of the Washington State Senate. She lost to incumbent Jim Honeyford, who voted against the state’s commemorative Cesar Chavez day and issued an apology after repeatedly using the term “colored” and suggesting people of color are more likely to commit crimes.

That same year, plaintiff Susan Soto Palmer ran for a county commission seat, ultimately losing to Norm Childress, who held the position until his death in September. According to the lawsuit, Palmer received support from 75 percent of Latino voters, but white voters “overwhelmingly preferred and voted as a bloc to elect Plaintiff Palmer’s white opponent.”

Rogelio Montes, another plaintiff in the case against the county, said that, had ranked choice voting been in place, “we would have already chosen and had [Palmer] as our representative.” In a situation in which a Latino candidate is the second or third choice on the ballots of white voters, but all Latinos place that candidate as their first choice, then that Latino candidate is far more likely to be elected.

These days, Montes, who was also a plaintiff in the 2012 lawsuit against the Yakima City Council, spends his free afternoons door-knocking on Yakima’s east side, trying to build support for ranked choice voting. So far, though, it’s been a tough sell. Neighbors tell him that “it’s all the same,” that “they don’t take us into account.” At each door, Montes tries to push past the skepticism. “If we don’t do this now,” he asks, “when?”

Some in Yakima County are skeptical that an equity issue exists. Republican County Commissioner Ron Anderson, who is running unopposed this year, said that the pending lawsuit is about the “perception, the misconception in my view, of how voting takes place not only in this county, but in 36 other counties.” For one, he says, a large chunk of the Latino population in Yakima County are undocumented or underage, so they can’t vote; indeed, Hispanic folks make up about one-third of the voting-age population. In addition, he said, Latino candidates are often too progressive to win a countywide election.

“This valley is very conservative,” Anderson said. “So if you come with a message of sounding liberal … you’re not going to get anywhere.”

Talk radio station KIT serves as a voice for that conservative community. Dave Ettl has been a host on the station since 2001, but took a break from 2009 to 2014 to serve on the Yakima City Council, where he sought to preserve at-large voting. When the American Civil Liberties Union sued the city in 2012, some council members considered settling, but Ettl pushed to fight in court. After the city lost, Ettl chose not to run again and returned to his mic at KIT. Ettl feels that the changes in city government were “forced” by progressive activists from outside Yakima who are speeding past the “natural evolution and progression” of the community.

“What that did do,” Ettl said of the lawsuit, “is it elected three Hispanic women to our council for the first time ever, and the three amigos were widely celebrated.”
Gutiérrez, who served on the Yakima City Council for a single four-year term, expects pushback to be even stronger to the county lawsuit. County residents, she said, “don’t want to be governed by people of color. They hate the thought of that. They don’t even like living in our neighborhoods, so they certainly don’t want us to have any political influence over their lives.”

While the lawsuit may take its time to work through the courts, the plaintiffs aren’t concerned.

“It could be multiple years” said Gutiérrez, “but that’s okay, because the community has waited decades for a change, you know? So this is nothing to add on to a few decades. If it’s a waiting game, [we’ve] got a lot of time.” 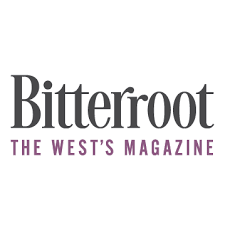 A version of this story appeared on BITTERROOT on OCTOBER 30, 2020