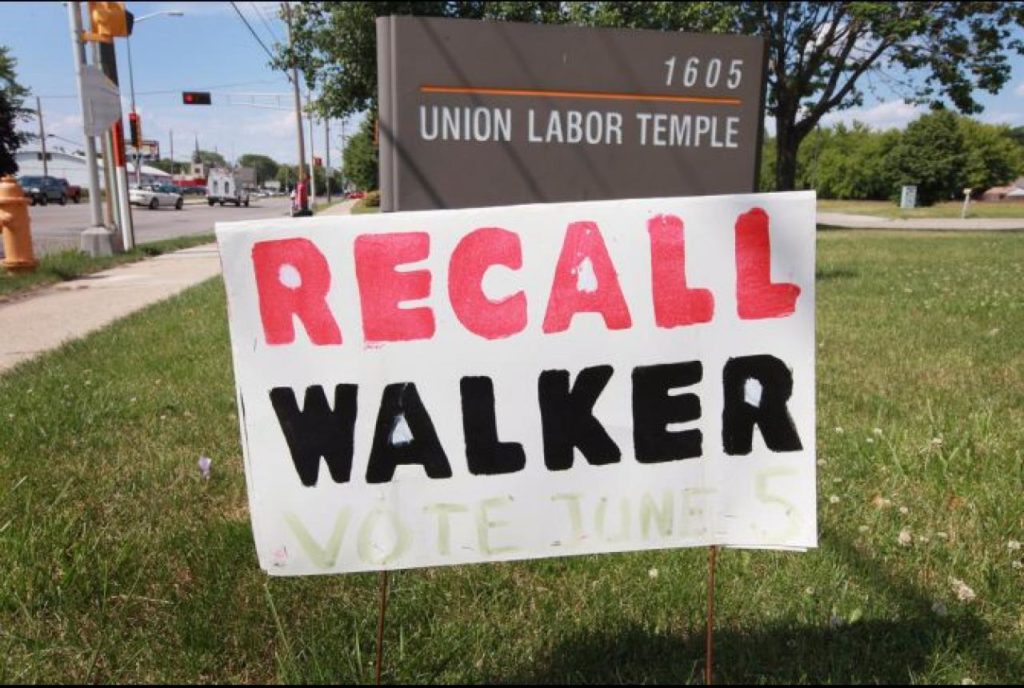 LONDON — After Wisconsin Gov. Scott Walker’s victory in a recall vote Tuesday, most of the initial analysis has focused on how the victory of a Tea Party darling and austerity-bent union critic like Walker may affect the November election between President Obama and his GOP challenger, Mitt Romney.

Wisconsin is, after all, widely regarded as a “swing state,” one most polls suggest still leans toward Obama. In spite of the millions of dollars poured into Wisconsin and a seven-to-one funding advantage for the pro-Walker camp during the recall campaign, the state-wide presidential polls have barely budged, with Wisconsin still in the “leaning Obama” category.

Looking for deeper political meaning in the Wisconsin recall election in the midst of global economic uncertainty — as governments, banks and households struggle in the big economies of Europe, Japan and the US struggle with piles of debt  — invites serious miscalculation.

The GOP and the Democrats have each spun the vote to suit their agenda, but the deeper one dives behind the Red-Blue rhetoric, the more the result fits into a global pattern of backlash by debt-laden voters against those who are insulated from the vagaries of the market in a way most can only dream of.

Across Europe today, this phenomenon has polarized electorates from Ireland to Spain, Germany to Greece. Facing economic austerity and displacement far worse than any in the US, Europe’s powerful labor syndicates have taken to the streets, pushing back against demands for labor market reforms and turning out one government after another that has agreed to implement the draconian prescriptions of the European Union.

Indeed, only one EU leader — German Chancellor Angela Merkel — has survived in office since the crisis year of 2008. She has done this largely by forcing austerity on deeply indebted, weaker economies in the eurozone in exchange for bailouts to stave off national bankruptcies. The austerity demands often target trade unions.

For instance, the Portuguese, Spanish and Greek governments were told their unions should accept an increase in their retirement age, increases in pension and medical contributions and new laws to make it easier to fire and hire employees. The governments in question acceded, and each was cast out at the next election.

Still, for trade unions, this has been bitter medicine, even if such dictates are rubbing up against the realities of modern democracy as unions and their supporters fight back.

The anti-austerity movement celebrated a rare victory last month in France, when President Nicolas Sarkozy, who had managed to win approval of an increase in the national retirement age from 60 to 62, was cast out by voters in favour of a Socialist successor, Francoise Hollande, who has promised to reverse that move.

Back in the US, there are good historical reasons to believe that the Walker vote has great long-term political significance. In fact, data shows that public perceptions of unions generally fall during US recessions. The trend is very clear in the chart below during recessions in 1953, 1957-58, 1960-61, 1979, 1999 and 2008 through today.

Furthermore, unionization has been in steep decline for decades, leaving those who enjoy collective bargaining benefits and pensions in a definite (and easily vilified) minority. Today, only about 11 percent of the US workforce is unionized, a decline from 26 percent in 1960.

Inevitably, political partisans will extrapolate mandates of one kind or another from the Walker recall vote, but they have little firm data to base their claims upon.

Contrary to those on both sides who wanted to make the recall exclusively a referendum on labor rights, this was, in fact, a question of removing from office a democratically elected chief executive and replacing him with another politician, Milwaukee Mayor Tom Barrett. He, like anyone, has his own resume packed with pros and cons in the eyes of voters.

Walker’s margin of victory, which at this writing stands at 53 to 47 percent, could certainly have included many who simply resented having their 2010 endorsement of Walker questioned, or their tax money devoted to re-running an election that many would simply like to forget.