Why voting in mock elections may lead to the real thing 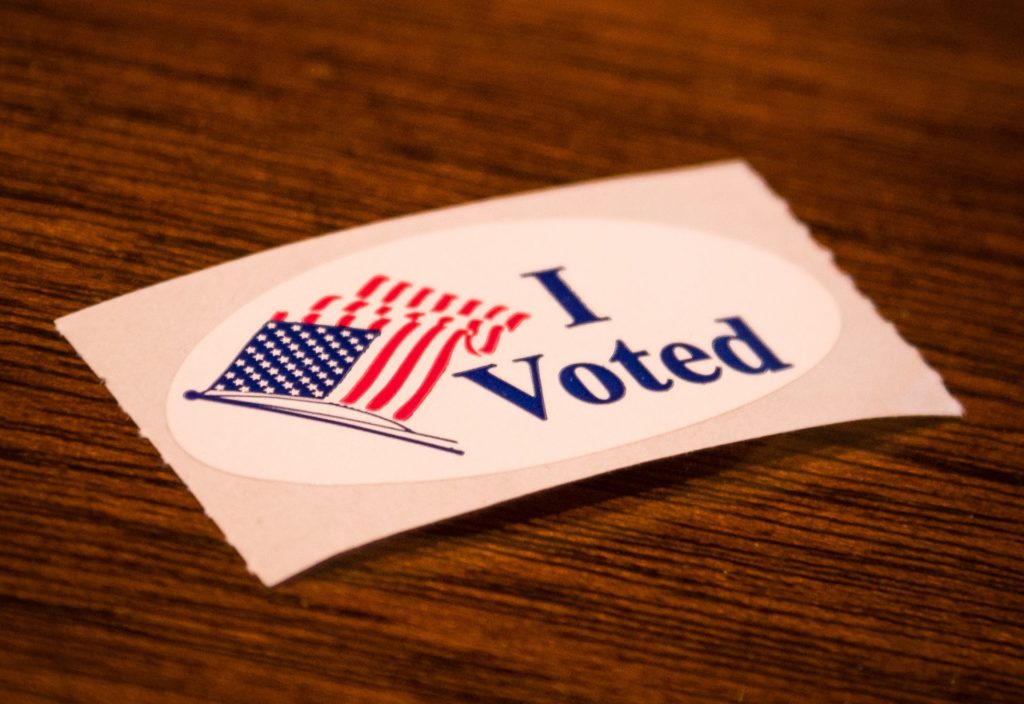 At a time when 50 percent of young adults say that they’re fearful for the future of their country, these mock elections may be important teaching tools (Ian Aberle/Flickr)

SPRINGFIELD, Mass. — Past the metal detectors and inside the brick walls of Springfield’s High School of Commerce, students lined up to cast their ballots on real voting machines in September. The high school auditorium was home to one of the state’s only such mock elections.

“[This election] feels [like] something serious because, for one, this is my future, so, it will like affect it somehow,” said Chris Arroyo, an 18-year-old student participating in the mock election. “But, I am pretty sure it is going to [affect me] negatively because I am of a minority race.”

Democratic presidential nominee Hillary Clinton won by a landslide in the mock election, taking 70 percent of the vote. Organizers said that the purpose of the event was to get students acquainted with the process of voting for when they become eligible – most of them are under 18.

But when it comes to the real thing — actual voting — young people have shown waning interest.

An estimated 46 percent of millennials voted in the 2012 elections, compared to the 70 percent of the Baby Boomers, the Generation Xers and the Silent Generation, according to Pew Research Center. And now, the Harvard Institute of Politics projects that millennial voter turnout will be about the same as in 2012 – incredibly low.

But it doesn’t mean that young adults are uninterested in politics. They’re just engaging with politics differently.

At a time when 50 percent of young adults say that they’re fearful for the future of their country, these mock elections may be important teaching tools – especially when the next generation, sometimes called “Generation Z,” is walking a path similar to millennials’. When young adults experience an interactive civic education during school, they are more likely to vote as adults.

“I am registered to vote. I feel like I picked the wrong election to vote in,” he said.

Arroyo’s says that father does not vote because he “is going to pay taxes regardless of president,” and his mother is a registered loyal democrat. This is his first time participating in a presidential election, but he doesn’t believe that the next president will have much of an effect on his future.

Students shared their thoughts on voting using GroundTruth’s YouthVoices initiative, which invites young people around the world to discuss various issues affecting them.

In 2011, federal funding for civic education was cut by the U.S. Department of Education, the budget was cut from 35 million dollars to zero.

According to a 2013 study on civic education, only eight states include social studies in their assessments of schools’ performance, and it usually is a very small proportion of the schools’ scores.

Commerce high school is one of two schools in Massachusetts placed under review by state officials for low performance this year, and has a low graduation rate of 47 percent. An estimated 44.4 percent of the youth in Springfield live below the poverty line, according to the 2014 US Census.

“I am not interested in voting. I just feel like the two candidates that we have, aren’t what we need to vote. This is not what the nation needs,” 17-year-old Dairen Arez admitted.

Millennial disenfranchisement is not uncommon when it comes to U.S. politics. Many young people believe that the next president will not affect their access to higher education or employment.

“If someone becomes president, whoever it is, I don’t know how that is going to stop me from going to college and getting a job I like. I doubt that anything will change,” 17-year-old Hector Lopez said.

And many young voters believe that the U.S. government is simply incapable of getting anything done. The window of time to pass legislation is narrow, and even though Congress passed multiple bipartisan bills in 2015, 18 percent of young adults do not trust Congress to do the right thing.

But the idea that “nothing gets done” may stem from a gridlocked congress, which struggles with a political polarization that repels many frustrated millennials from getting involved. Young voters aged 18-24 have shown that they do not think along party lines like older generations, even when compared to older millennials between the ages of 24 and 35. They are more fluid and unattached in their political identities and skeptical toward both parties.

“I don’t go for either Democrats or Republicans,” said 17-year-old Todd Baron.

And when it comes to the biggest issues concerning millennials – health care, student debt and employment or wages, according to the Millennial Impact Report – the divided political climate seems nearly hopeless to many. A study of millennial voters by the Harvard Institute of Policy reveals that 33 percent of millennials want to “press the reset button and start again” on U.S. politics. The feeling comes after the Sen. Bernie Sanders’ failed “political revolution,” and the flippant fate of Obamacare in this election.

Baron, for example, originally rooted Sanders because he saw him as a “common man” who cared about the environment, just like he does.

But then there’s the very real issue of local elections, which get even less attention than the presidential race – only 21.5 percent of millennials vote in local elections, according to a study by the Knight Foundation. And yet, the study argues, local elections are often the ones that matter most.

“You want to pick a leader. When it comes to senators or sheriffs, I don’t think it matters. The only vote that matter is for president,” Ruben Ortiz, a 16-year-old Commerce student said.

Jose Perez, 19, is a future voter who was able to learn about the voting process during community college classes. Now, he says he is more ready for “adult life.”

“I am excited to vote for the first time,” he said. “I can be part of this huge community … [And] I finally get to decide who the next president will be.”