Voices from the world’s largest gathering of female technologists 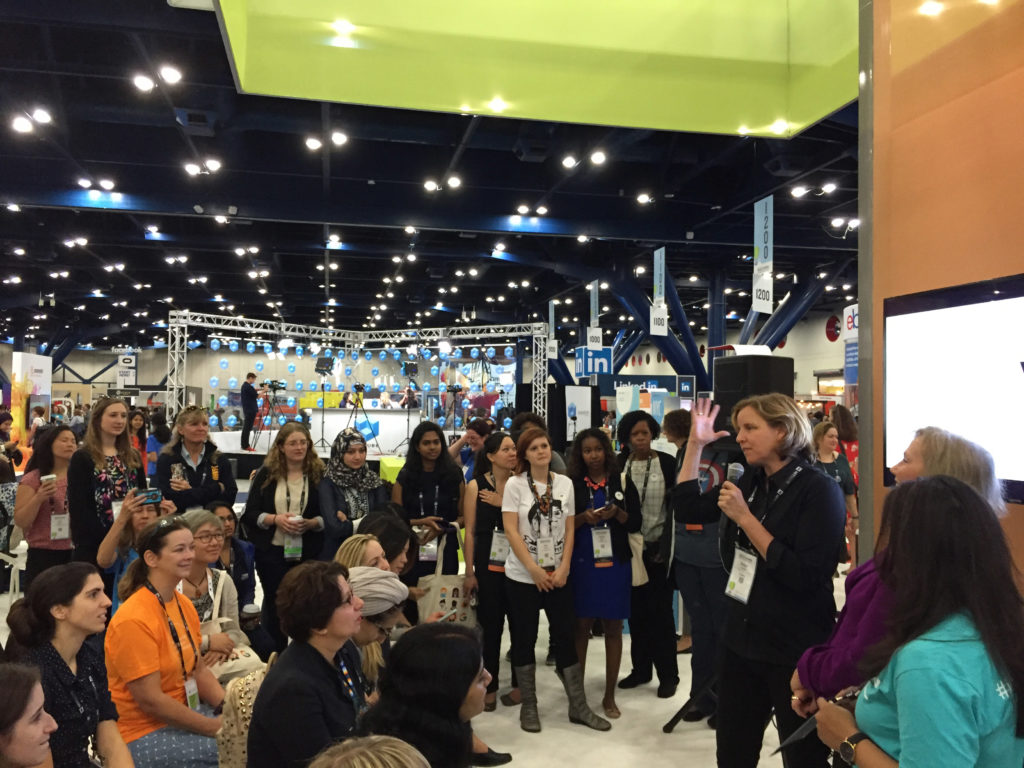 Megan Smith, CTO of the United States, speaks at a recruiting event at the Grace Hopper Celebration of Women in Computing in Houston, Texas. (Photo by Kevin Grant/GroundTruth)

The Grace Hopper Women Celebration of Women in Computing drew 14,000 women and 1,000 men from 83 different countries to Houston this week. Hundreds of tech companies hosted recruiting booths for current and prospective women engineers. In addition, universities, policy institutes and media outlets added a unique flavor to the event. The GroundTruth Project was on the scene to cover a variety of perspectives:

What is the significance of Latina women in computer science?

What is the importance of women in tech?

I’m a huge fan of women in tech in general. Any kind of diversity just adds [to it]. It’s nice to have a mix, whether it’s in technology or in another industry, and I think women have a lot to offer. Whether it’s gender or race or background or education or whatever it is, I think that the difference in background is great for the industry. My company is a sponsor here for a diversity initiative. We’d like to increase our female presence at SAP. We’re hoping to expose ourselves to women in technology and also do the opposite and expose women in tech to us.

What is your message to women?

I’m here because Grace Hopper is an awesome conference celebrating women in computing and I’m a computer scientist, so I care about this type of thing. When people do what they love and what they are passionate about, that’s great. If that’s computer science, then that’s great, but it doesn’t have to be.

How can women become more involved in tech?

OK, so, I’d like to say that I’m a firm feminist on this issue, but I’m not. I think the issue with women in tech is not necessarily that women aren’t accepted in the field, but more so that they’re not exposed to it … I think this conference is incredible because it puts out a lot of publications and public opinions in general, advertising for women in tech to discuss and learn about. But if I can recommend one thing to the field, it’s just to put computer science in more schools.

What brought you to GHC?

I work for a small company out of Chicago which does [the] recruiting software that you see here at this conference. There are about 100 groups here that use our software to help their candidates source quality, incredible women in technology. Our technology enables people to track those candidates. Big data’s the big thing that we believe in, understanding where really talented women in technology are and where they want to be – and how they are growing as individuals – and incorporate that type of marketing in messaging to candidates.