In modern Vietnam, the war is ‘in the past’ 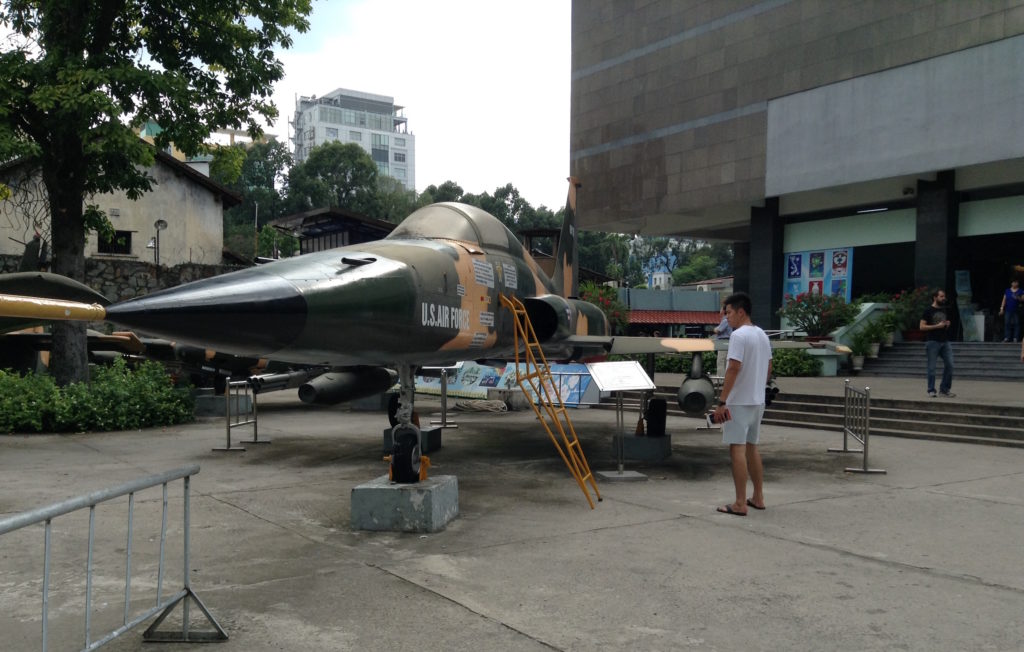 I’m a child of the ’60s – walkouts over the Vietnam War were a regular part of my high school curriculum (though why anyone thought that cutting class and hanging out at the 7-Eleven would end the war any quicker is beyond me).

The names from that era are seared in my memory. Ho Chi Minh. Dien Bien Phu. General Giap. Tet. The images as well – the evening television news shows, which everyone watched back then, were filled with searing videos of napalm runs, Vietnamese villages on fire and U.S. soldiers wading chest deep through swamps, holding their M16 assault rifles over their heads.

During President Obama’s three-day trip to Hanoi and Ho Chi Minh City this week, the White House touted that “relations between the United States and Vietnam are at a historic high.” But when I went to Vietnam last summer to report on the country’s efforts to prevent the next big infectious disease, I expected that people would have lasting anger toward Americans – especially the older Vietnamese.

Forget about it, said a group of officials from the local forestry department in Dong Nai province (the location of Bien Hoa airbase, a major U.S. airfield during the war).  “We’ve moved on,” said one. “The war was in the past.” A taxi driver in Ho Chi Minh City (Ho Chi Minh City!) said “We’re looking forward, not backward.” Many Vietnamese are happy enough to use the name chosen by French colonizers – Saigon – instead of Ho Chi Minh City, named for the leader of the war effort.

But walking down almost any street it was hard for me to forget. Checking into a hotel in Hanoi, I kept thinking about the Hanoi Hilton – the sarcastic name for a prison used by the North Vietnamese army for American POWs. There are Hilton hotels in Hanoi today – Hilton Hanoi Opera, Hilton Garden Inn – luxurious places a little beyond my budget.

Today Dien Bien Phu, the site of a French defeat, is the name of a boulevard in Hanoi lined by trees and fancy buildings. General Giap, who led the war with Ho Chi Minh, just had a 7-kilometer-long street named after him.

That’s not to say there’s no memory of the malevolence of that war. In Ho Chi Minh City, there’s the War Remnants Museum (formerly the Museum of Chinese and American War Crimes). Downed U.S. military helicopters, fighter jets and tanks are on display out front (as well as a giant banner that says “peace solidarity friendship cooperation development” in English and Vietnamese). Inside are exhibits on horrific South Vietnamese Army prisoner of war camps, and several jars with fetuses allegedly deformed by Agent Orange. In Ho Chi Minh City, it’s the Vietnam Military History Museum.

From my point of view, looking at Vietnamese efforts to prevent infectious diseases in their own country as well as others, they are looking forward. With their program called “One Health,” they’re setting an example for other developing countries by considering the roles of animals and the environment in human infectious diseases. Much of the work is funded by U.S. dollars, but it says a lot that they’re willing to work with their former enemy to protect the world.

Joanne Silberner reported on One Health from Vietnam for “Next Outbreak,” a multimedia collaboration of The GroundTruth Project and NOVA Next, in association with WGBH Boston.