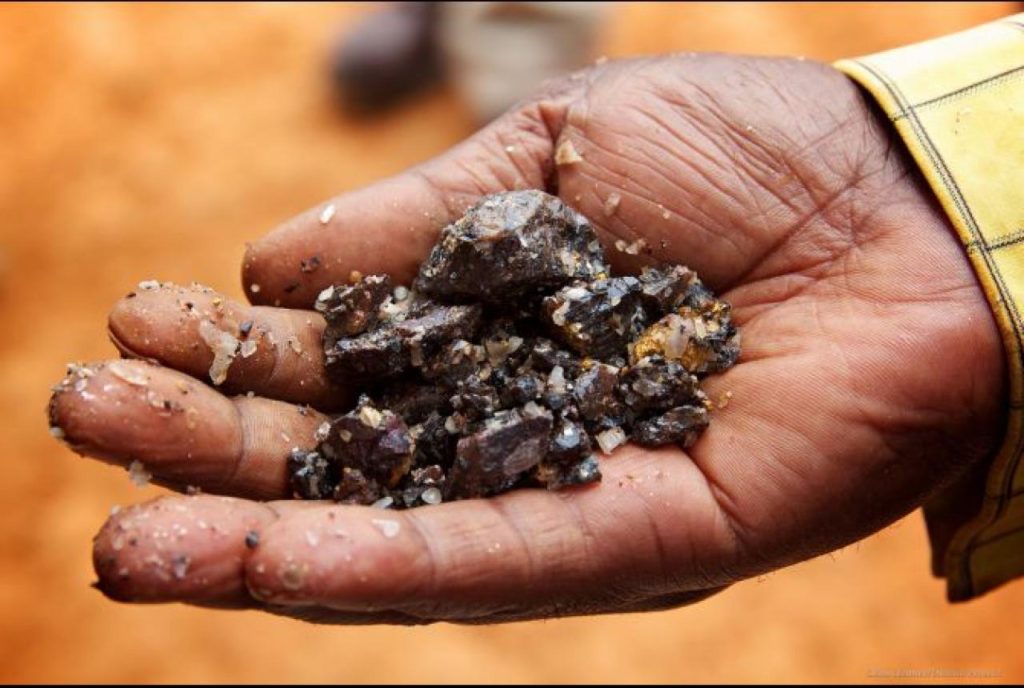 Mining operations in the Democratic Republic of Congo (DRC) have been affected by US legislation that mandates publicly traded companies report DRC mineral use to the Securities and Exchange Commission. - ((Enough Project / Courtesy))

Years after the first reports that rare minerals like coltan, essential to the manufacture of electronic goods including cell phones and video game consoles, could be funding a war in the Democratic Republic of Congo (DRC), some of the world’s electronics giants have changed the way they do business.

Enough Project, an international advocacy organization that specializes in preventing genocide and armed conflict, released a report Thursday lauding companies including Intel, HP and Apple for establishing “conflict minerals” programs to trace minerals that fund rebels in eastern Congo and eliminate them from their supply chains.

Then again, some companies have not prioritized the issue.

Nintendo was joined by underachievers Canon, Nikon and HTC, all bucking a trend of transparency accelerated by the US Congress’ passage of the Dodd-Frank Act in 2010.

“We applaud the leadership of Intel, HP, and Apple, but we have to ask Nintendo when it’s going to get its game on and stop being dead last,” said Enough Project Communications Director Jonathan Hutson. “When industry leaders are showing the way, Nintendo has no excuse for stonewalling and refusing to get in the game.”

Nintendo sent GlobalPost a cold response when asked how the company felt about its ranking by Enough Project, and shrugged off responsibility for its partners’ mining practices, declining to discuss whether it would investigate or change policy on conflict minerals in the future.

The controversial Dodd-Frank Act included a measure requiring publicly traded companies — which includes Nintendo — to disclose to the Securities and Exchange Commission (SEC) whether or not their minerals come from the DRC. The rules of enforcement have yet to be determined by the SEC, however, which will formally discuss them later this month.

A number of companies have gotten out ahead of the law, swayed by public sentiment against the use of conflict minerals.

“The Dodd-Frank law is making a serious dent on the militias in eastern Congo, cutting their profits from the conflict minerals of tin, tantalum [coltan], and tungsten by more than 60 percent,” said Fidel Bafilemba, co-author of a second report Enough Project released this month on the DRC.

But not everyone agrees with Enough Project’s conclusion that the sale of minerals is actually fueling a war in the Kivu region of the DRC, or that Dodd-Frank is to thank for decreased action by rebel militias.

In fact, says Mvemba Dizolele of the Hoover Institution, smuggling minerals is just one of many revenue streams for the militias, and that despite these newly imposed American regulations, the rebels are active as ever, and no amount of transparency from companies like Intel will have an effect unless the larger problems receive attention.

“Blaming the high-tech companies for the violence is disingenuous; it just isn’t right,” said Dizolele. “There are so many other factors. If the minerals were the main source of the conflict, we’d see more violence in other places such as Katanga, which is the backbone of the mining industry of the Congo. Why don’t we see as much violence in those other regions? The mining is not the primary driver of the conflict. Dodd-Frank is seeking to regulate the war economy, and as long as conflict continues, Dodd-Frank will be irrelevant, because militias operate outside the framework of regulations.”

Enough Project claims that revenue is down for conflict minerals like the 3 T’s (tungsten, tin, tantalum) and that companies have seen a 60 percent increase in profit for conflict-free minerals. However, these numbers could be significantly off-base because of the possibility that companies and smelters are still participating in black market mineral sales.

Dizolele said that local miners suffer most from the law, which encourages companies to move away from mines that do business with the militias.

“When you cut access to the mine, people can’t go to work, and you take away the employment from the population,” said Dezolele. “People are suffering and there are very few formal jobs. In the Congo, they talk about underemployment — people scrape their living every day, so it’s very hard to quantify employment.”

“It’s not something comprehensive you can put a finger on,” he said, painting a bleak picture of people in the mining communities who often can’t afford to buy food.

The Universe of Conflict Minerals

The relationship between corporations, the Dodd-Frank Act, the Congolese miners, and the ruthless rebel militias is, in a word, complicated.

Some say electronics corporations may be moving away from sourcing minerals in conflicted areas of the Congo and neighboring countries because of the extra hassle the SEC regulations will put on the mining process. But Dodd-Frank has had significant impact on the livelihoods of the Congolese mining towns and the people in them.

For their part, DRC miners want to continue mining and are resentful of what they call the “Loi Obama,” or Obama Law, which has had dire economic consequences on the workers.

A national moratorium on conflict minerals in 2010 in which Congolese President Joseph Kabila suspended artisanal mining made clear what closing conflict mines would do to surrounding communities.

In a Huffington Post blog last year, Dezolele alleged the moratorium was “devastating for the population, as the thousands of Congolese who depend on this trade could not find work.” Now, under Dodd-Frank, children have dropped out of school because parents can’t pay fees, women give birth at home because $20 is too much for a hospital, and there is little money to buy food, according to David Aronson, who witnessed the sad state of the mining communities on a recent trip to the DRC.

The situation is essentially forcing an embargo on the minerals in the war-torn Kivu region, because as Aronson put it in his controversial New York Times op-ed, “No one wants to be tarred with financing African warlords.”

A 2011 letter to the SEC from Fred Robarts, the coordinator of the UN Group of Experts on the DRC explained the difficult challenge Dodd-Frank was posing in certain mining communities.

“Because companies do not want to disclose the use of ‘DRC conflict minerals’ in their products – especially after the recent legislation in the State of California — they are only prepared to use materials which they are sure will not require them to make a disclosure. And because of the involvement of … criminal networks in the Kivus mineral trade, this has led purchasers to boycott all Kivu mineral products. The effect of this in the Kivus, unsurprisingly, has been increased economic hardship and more smuggling and general criminalisation of the minerals trade.”

The most important militia in play right now are the Rwandan M23 rebels, who are kicking up dust in the eastern part of the DRC in an attempt to maintain their smuggling routes. Enough Project and Robarts both believe the solution is not to abandon Dodd-Frank, but instead to focus even more on establishing lines of due diligence for corporations.