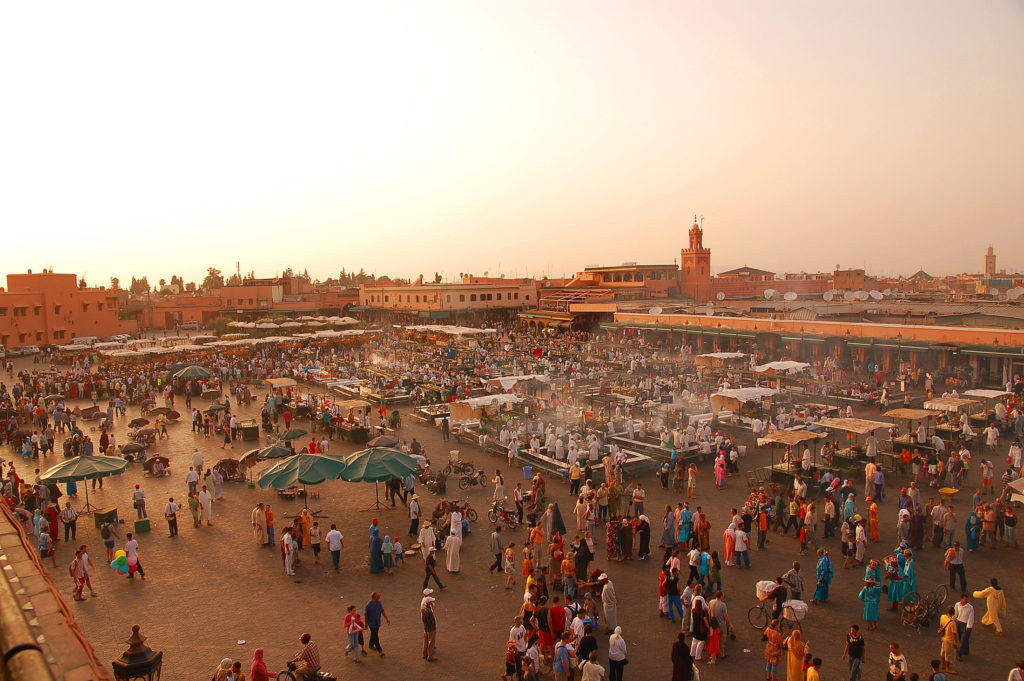 Climate change experts are worried about the Paris Agreement after the U.S. elected Donald Trump as its next president. Trump has previously said that he believes climate change is a hoax, but later denied those comments in a presidential debate.

Attendees came to Northern Africa to participate in the implementation process of the historic Paris Agreement, which came into force just last week, and struggled to come to terms with the possibility that the U.S. will exit the agreement under Trump –  who does not acknowledge climate change and who pledged to withdraw from the agreement if elected.

The idea was too much to bear for those who came on behalf of populations already feeling the consequences of human-created climate change.

“The people in this continent will pay with their lives for the results of the U.S. elections,” said Geoffrey Kamese, senior program officer of Friends of the Earth Africa, who spoke during a press briefing Wednesday morning.

“Today, many Africans have woken up horrified that we have a man in the White House who does not even accept that climate change is real – a president who has promised to back more fossil fuels and has promised to pull out of the Paris Agreement,” Kamese said.

Many presenters stayed up all night waiting for and then processing the news, drafting fresh remarks to reflect an unexpected and unwelcome reality.

“This will certainly have a psychological impact on the negotiations,” said Alden Meyer, director of strategy and policy for the Union of Concerned Scientists. “A Clinton victory would have been seen by delegates as a continuation of the Obama administration. With Trump, they don’t know.”

President Barack Obama and Secretary of State John Kerry led a carefully coordinated push to reach an agreement last December in Paris, galvanizing major polluters and the most affected countries, rich countries and poor, to reach consensus on a flawed but workable plan.

Now, Meyer said, delegates must proceed with building a work plan and budget for the coming years – which he believes they can do – despite the uncomfortable prospect of a leading player disengaging in the process early next year.

Meyer expressed hope that Trump could “grow into the role” of president and see the “common, long-term interest” in cooperating on reducing greenhouse gas emissions while building a global green energy economy. Meanwhile, he said, other countries must stay the course, even in the age of Trump.

“This is not about doing something to please the U.S.,” he said. “This is mutual interest.”

“The world has now to move forward without the U.S. on the road towards climate-risk mitigation and clean-technology innovation,” he said.

Indeed, India and China have invested heavily in green energy like wind and solar, and both have ratified the Paris Agreement. Even so, fossil fuels will remain core to both countries’ economic growth for decades to come, with China announcing Tuesday that it will increase coal energy production capacity by nearly 20 percent over the next five years.

It’s the kind of realism familiar to climate negotiators tasked with representing national interests while working toward idealistic objectives. A key piece of the agenda in Marrakech is building a roadmap to pay for implementation of the Paris Agreement – and, as a wealthy, powerful country that still has the second-highest carbon emissions in the world, the U.S. is expected to play a critical role in that process.

“The finance part is definitely a very important component, so that should be honored,” said Li Shuo, Senior Global Policy Advisor for Greenpeace East Asia.

“On the other hand, the world shouldn’t wait for any single country. Developing countries are acting on climate change already now and they should continue to do so out of their own interests. China will continue to work on climate change, not because of international relations or diplomacy but out of its own very genuine domestic concerns on air pollution, water pollution and food safety,” he said in a press briefing Wednesday morning.

No one is going home and the talks will continue as planned. One reassuring fact is that, as the agreement is written, a U.S. exit would be a four-year process. So a one-term Trump might not be able to do it, despite having a Republican Congress. But after the poll-defying results from America, anything seems possible.