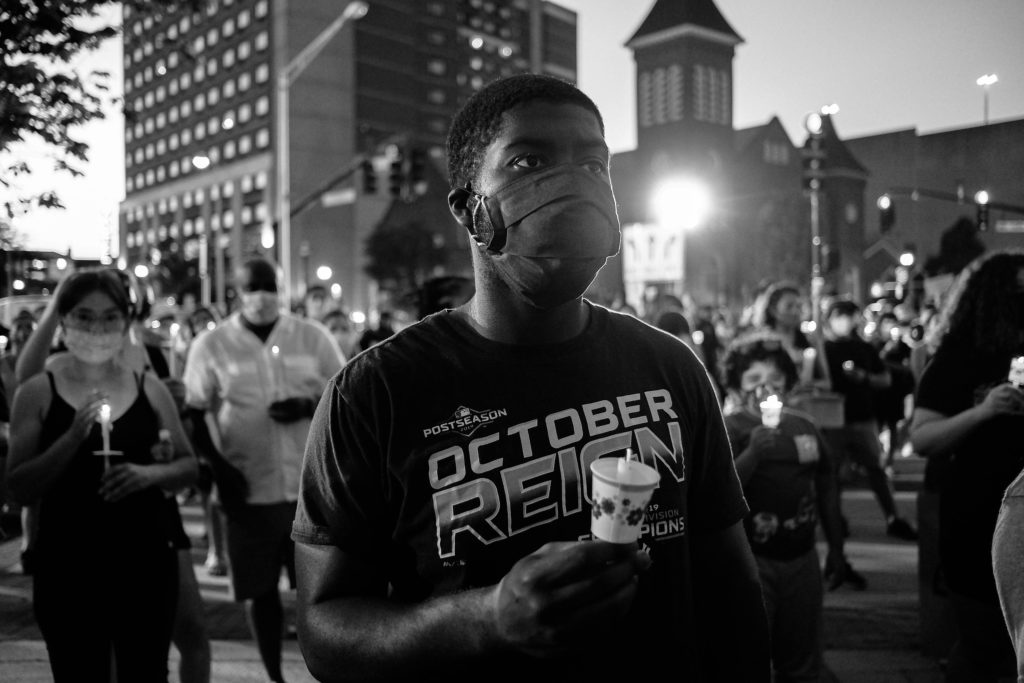 Journalists must be vigilant to identify potential sources of misinformation in stories related to the COVID-19 pandemic and the nationwide protests against police brutality. (Photo by B.C. Lorio/Flickr)

Editor’s note: This is the second part of a two-part Navigator focused on advice to identify and avoid spreading misinformation in your coverage. You can find part one here

“Fake news” didn’t originate with President Donald Trump’s administration. In an interview with National Public Radio, Columbia University Professor Andie Tucher dated its existence to the end of the 17th century, when Benjamin Harris’ Publick Occurrences, Both Foreign and Domestick, the first newspaper published in the colonies, was shut down in Boston for printing false information.

Misinformation is defined as “incorrect or misleading information,” but the standards of journalism are not limited to avoiding blatant falsehoods. They extend through the systematic and fair processes of assembling facts, seeking balanced perspectives, posing questions, applying context and carefully considering the sequence of sentences and paragraphs, to inform the reader to make her own judgements. And while technology can help journalists combat misinformation in their pursuit of the truth, social media provides ever more opportunity to threaten that very notion. As the coronavirus and nationwide civil unrest continue to dominate the news cycle, the vital need to examine misinformation, from its definition to its influence, meets the need to broaden the conversation around it, the only way to ensure the interests of the public are met.

In the second part of this special two-part edition of Navigator, we continue our conversation  with Anita Varma, assistant director of Journalism and Media Ethics and Social Sector Ethics at Santa Clara University’s Markkula Center. She is joined by Aaron Sharockman, executive director of PolitiFact at Poynter, and we’re focusing our conversation on how to cover the pandemic and the protests through a thorough approach that leaves no room for misinformation. Their responses have been edited for length and clarity.

Newsrooms nationwide are covering the disproportionate impact of the coronavirus on people of color, yet there are “comparatively less stories that get at the perspectives of people in the communities most affected,” said Varma, who is nonetheless impressed with the COVID-19 coverage in general, given the safety and financial restrictions of newsrooms, while acknowledging that there’s plenty to improve upon.

When interviewing those directly impacted by the virus, Varma suggests avoiding questions that only elicit an emotional testimony representative of their grief. Instead, ask them to address the very issues that experts and healthcare professionals have been discussing, like access and affordability of healthcare, and distrust of the medical system. Quite often experts talk around the topics critical to marginalized communities because they themselves are not quite sure of the issue, said Varma.

Asking stakeholders what they think, what they need and what can help is a form of the solidarity approach, which Varma focuses on in her research. To paint a more comprehensive picture, she said to talk to community members that may be a part of a drug trial, or people that have survived the virus, for example. A story that uses this framework provides an understanding on a deeper level than one that centers the conversation around the experts.

Another popular, but sometimes misleading, type of coverage centers around pharmaceutical companies and their claims about new drugs or treatments against COVID-19. Fact-checking their statements presents many challenges, said Sharockman. When reporting about new treatments, it’s key to make sure people have access to the information available at that moment, keeping in mind that it might be in an early stage and the results could change. “It might be a cure. I’ll grant you they might be right. But they don’t know that they’re right,” he said.

If there is medical literature that directly contradicts what the companies are claiming, however, then it is fair game to fact-check them, said Sharockman. In other words, while you cannot disprove something that did not happen, you can point to the fact that there is no evidence that it did happen.

Varma said that journalists should be cognizant that they may know how to report on proposals or ideas from other sectors and readers often understand those as in-progress, but when the term “medical” is attached, readers tend to remove the “maybe” and assume that the reporter is suggesting there is a cure.

She also suggests thinking about the interests of pharmaceutical companies, or anyone pushing a study or proposal.

For example, President Donald Trump encouraged COVID-19 patients to try hydroxychloroquine, an anti-malaria medicine, as a form of treatment against the virus. Despite warnings from experts about the dangers of promoting a drug, the effectiveness of which had not been proven, Trump promoted it in a daily briefing on March 19. The New York Times reported on April 6 that if the drug became an accepted treatment, senior executives and shareholders of several pharmaceutical companies connected to Trump could profit. Trump himself, according to the story,  has a personal financial interest in Sanofi, the French drugmaker of the brand-name version of hydroxychloroquine.

By mid-June, the FDA found that hydroxychloroquine provided no benefit for decreasing the chances of death or increasing the rate of recovery, based on a large, randomized clinical trial in hospitalized patients. For some, the warning came too late. In late March, an Arizona man died and his wife was hospitalized after ingesting chloroquine phosphate, a form of the chemical Trump promoted.

Related: Check out our previous Navigator with Resolve Philly’s Aubrey Nagle on how to “reframe” your COVID-19 stories.

When journalists are covering protests, the choices they make can determine the reputation of the demonstrations and demonstrators.  A miscalculation can create a disparity between different movements in the eyes of the audience. For example, a difference in coverage between mostly white protesters at Michigan’s state capital decrying the stay-at-home lockdown and the national anti-racism protests creates a discrepancy in the eye of the public.

Varma does not believe that coverage should be equitable for all protests. The question is based on what is being protested and what risk protesters are imposing onto themselves or others. While demonstrators in Michigan were clearly armed in an enclosed space and mostly without masks, current anti-racism protesters are outside, typically wearing a mask.  Early testing in Minneapolis shows that protests are actually posing much less of a threat to spreading the coronavirus than originally anticipated.

While there is tension over which protesters the press has been more charitable towards, to Varma, “it depends on who we’re looking at as constituting the press. But overall, I think the best way for journalists to operate is to do what they’ve always done, which is, at best, to stand up for social justice.” To Varma, the anti-lockdown demonstrations aren’t a protest story, but a “horror story of the ramifications of economic shutdown and insufficient social welfare.” When people cannot make a living nor earn adequate benefits, they are not okay in the imposed conditions and they cannot change those conditions themselves. “In that case, you do have a social justice issue.”

That said, it is important to consider the tactics and risks imposed by demonstrators. Still though, “journalists need to be looking for the core of the issue in a lot of these cases that may not be in initial optics that we see right in front of us,” Varma said.

Sharockman said that rather than comparing the two types of protests, which are isolated incidents, it is more valuable to find bigger trends and patterns, like police brutality against Black people versus white people. “The bigger the data, the better,” he said.

Related: Explore this Twitter thread from PolitiFact on corrected misinformation regarding the current civil unrest.