Anime fans and anti-fascists gear up for hate rally in D.C. 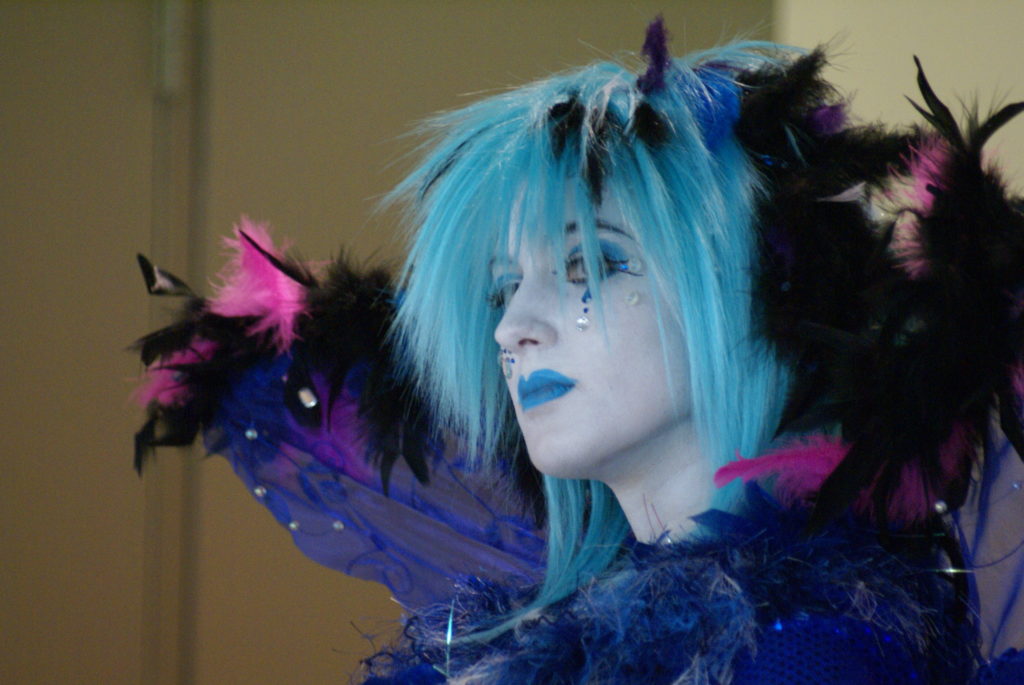 An attendee at Otakon 2006, in Baltimore, Maryland. (Vincent Diamante/Creative Commons)

WASHINGTON — Kimberly Merani first started volunteering at Otakon, one of the country’s largest anime conventions, in 2011 at the urging of a friend.

At Otakon, guests dress up as their favorite fantastical characters and embody any identity they please. Merani fell in love with the freedom of expression and how guests transcend boundaries to come together around a shared interest.

Last year, Otakon had 25,000 attendees and expects to surpass that this year.

“Anime acts as a gateway for Americans to explore a culture beyond our own, and to increase our worldview in the process,” says Merani, vice president of the board of Otakon’s organizational home, Otakorp. “Anime covers such a wide variety of topics and storylines, that it tends to attract people from all walks of life.”

But this year, Otakon will share the capital with a white supremacist rally, “Unite the Right 2,” that runs directly counter to the convention’s joyous and welcoming spirit.

The right-wing gathering, organized by Jason Kessler, falls on the anniversary of last year’s deadly Charlottesville march, which resulted in the death of counter protester Heather Heyer.

At last year’s event, white supremacists descended upon Charlottesville carrying guns, torches, racist flags and signs. Neo-Nazi James Alex Fields Jr. was charged for first degree murder after he drove his vehicle into a crowd of demonstrators, killing Heyer. Local authorities drew criticism for failing to protect Heyer and the marchers who were injured.

D.C-area civil rights and anti-fascist protest groups have announced their plans to organize against the Unite the Right rally this weekend.

To all the weebs still going to Otakon. I’m not saying go out there and get into a physical altercation with a bunch of violent white fascists. But if you do, please wear a cosplay. It will conceal your indentity and Gon clocking a proud boy will go viral so fucking fast.

Originally, the coalition anticipated 1,000 to 2,000 attendees opposing “United the Right 2,” but after word of the gathering spread, they are not sure about the exact numbers.

“I would like to outnumber them by 100 to 1 and project to the world what our city is about and make coming to D.C. seem like a really big mistake,” Lance said.

Kessler estimated that 400 people will attend his rally.

The two events will be near one another, Lance believes direct conflict will stay to a minimum.

“We’ve got very extensive security for everything,” Lance said. “D.C. police are different than Charlottesville police. I’d be surprised if people even get close to the neo-Nazis in the street because [police] have unlimited resources in this city and they’re used to this stuff.”

Lance hopes the police will recognize the different messages the groups are sending and manage the situation accordingly.

“The first and most important thing is that the police have to approach this with an understanding that one of these groups carries automatic weapons, brings torches into colleges, and their ideology is explicitly about driving half of this country out of this country,” Lance said. “The other group is not that. The things we’ve seen in Portland and Charlottesville and lessons in how not to do it.”

On Twitter, fans of Otakon seem mostly unfazed by the nearby political events. A few however, are either warning others about the event’s proximity or discussing if they should engage with the Unite the Right rally.

#Otakon is this weekend, y’all! Hope you haven’t forgotten that there will be protests/rallies in our surrounding area, so stay safe!! Whether the location info is accurate or not, they will be somewhere close to the con venue. pic.twitter.com/cG19Pad4AL

For Otakon organizers, the challenge is to sustain a peaceful event and prevent conflict from seeping in. Since the rally announcement was so close to the scheduled event, Otakorp had no way to move venues.

“We unfortunately found out too late to be able to even think about changing locations,” says Merani. “We start planning for this event a year ahead of time. In order to change the location, we’d have to have a year to change.”

Organizers are planning to drown out the anger-filled rhetoric of right wing demonstrators and emphasize their messages of acceptance. And to put attendees at ease, Otakon plans to increase security.

“We had to find a way to assure not just our attendees but also our staff members: ‘Look, you will be safe at our convention,’” says Merani. “‘We understand your concerns. We don’t blame you, we totally get it, but when you’re here, this is a safe space.’”