ON THE GROUND IN HARRISBURG, PA 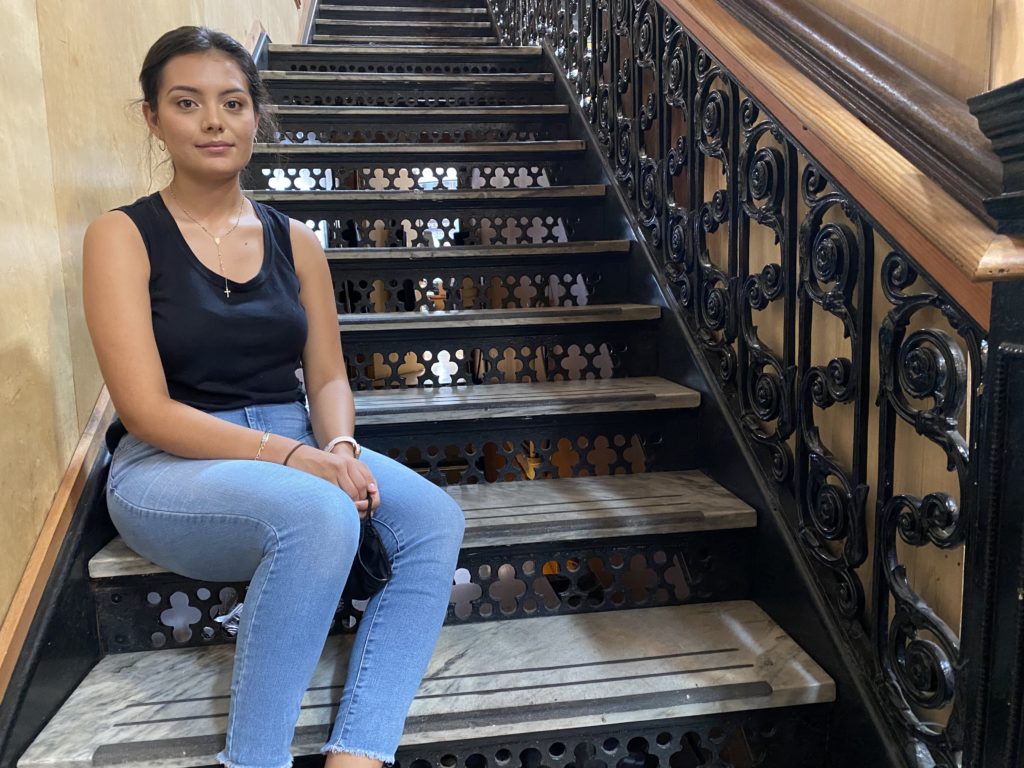 There are 14,000 undocumented immigrants in Pennsylvania eligible for DACA. Part of Nuñez work is to connect them to resources that can help them in their immigration process. (Photo by Anthony Orozco/GroundTruth)

HARRISBURG, Pa. — Looking out onto the Susquehanna River earlier this month, Stephanie Nuñez sat under grey skies as the rain trickled. The riverfront is blocks away from the bustle of Harrisburg, the tightly packed brick homes of the city and the state Capitol.

Nuñez says this is where she sometimes comes to run and clear her mind.

The past couple of months have been a whirlwind as President Donald Trump flip-flopped between supporting people like Nuñez, who were brought to the United States as children without proper immigration documents, and threatening to end the Deferred Action for Childhood Arrival program, the legal provision that’s protecting them from deportation.

But Nuñez, an organizer for the Movement of Immigrant Leaders in Pennsylvania (MILPA), says she is neither weary nor intimidated.

“I think ‘mad’ would be the word to use,” Nuñez, 20, said. “It’s not just you doing it for yourself, but there’s all these people you’re trying to help in the midst of it.”

The chaos she experiences in her everyday life is not unique. There are nearly 700,000 DACA recipients across the country who nervously await a tweet from the president, a statement from the Department of Homeland Security or a knock on the door from Immigration and Customs Enforcement officials.

Her days are filled with meeting community members, connecting them to resources that can guide them through their immigration process or provide rental assistance after the breadwinner of the family is deported or detained. Other days, she spends hours on calls with fellow organizers looking at how they can build stronger coalition or take on issues impacting the undocumented community such as the inability to obtain a driver’s license.

Arlette Morales, 17, is among the 14,000 undocumented immigrants in Pennsylvania eligible for DACA, according to estimates from Migration Policy Institute, which offers research and analysis to improve immigration policies. Trump froze new applications to the program in 2017, two weeks before Morales turned 15 — the minimum age to be eligible for protection under the program.

Morales worked with a legal team at CASA de Maryland, an advocacy group that works with Spanish-speaking immigrants. She was one of their first DACA applicants around the time the U.S. Supreme Court ruled in June that the Trump administration had not provided a reasoned explanation for ending the program.

In July, the group scored a key victory in a Maryland federal court. The judge in that case ordered DACA to be reopened, but Morales was crushed when the federal government said it would not follow that order. Instead, the federal government decided to put accepting new DACA applications on hold as it reviewed the program.

“The administration is now undertaking a comprehensive review of the DACA program and the justifications that have been offered for winding DACA down,” an anonymous senior administration official told reporters.

Nuñez said she saw other young undocumented kids go through the same emotional whiplash, from high hopes to deep despair.

“Just seeing these kids, just seeing the look on their face, I feel like it’s very devastating,” Nuñez said, unmoved in the rain. “But that same exact look or that feeling, as a coordinator, as an organizer, it just makes you want to push harder.”

DACA recipients across Pennsylvania and the country say they are exhausted. Their existence in the country rests in the hands of a man who built his 2016 presidential campaign on “anyone who is in the United States illegally is subject to deportation.”

Once in office, Trump said he was “gonna deal with DACA with heart.” Now, in the fight for reelection, Trump is using DACA as another tool in his political arsenal.

“There are those times we get frustrated and exhausted but we have to remind ourselves why we are doing it,” Nuñez said as darker, heavier clouds rolled in. “If we were all doing it just for ourselves it would be pointless.”

In her work with MILPA, Nuñez helps provide immigrants with the resources they need. That could mean connecting families with immigration lawyers or providing emotional support for youth who don’t see a clear path to their future.

As an undocumented immigrant, Nuñez knows her power is limited. But she also recognizes that her power is more than her ability to vote or change laws. She has the power to inspire by weathering the storm.

“You have a lot of other people that depending on you — especially if you’re the leader of this group — if you look tired, if you look frustrated, if you look like you want to give up, they’re going sit down, they’re going to do the exact same thing,” Nuñez said, as the rain picked up, marking her clothes with dark spots. “But when they see a leader that is ready to fight, they’re like, ‘Okay, well, like if she’s not giving up, then why should we give up?’”

Anthony Orozco covers Latino communities in Pennsylvania as a reporter for PA Post WITF, NPR radio and PBS television stations. This dispatch is part of a series called “On the Ground” with Report for America. Follow Anthony on Twitter: @AnthonyOrozco20

A version of this story appeared on USA TODAY on August 27, 2020