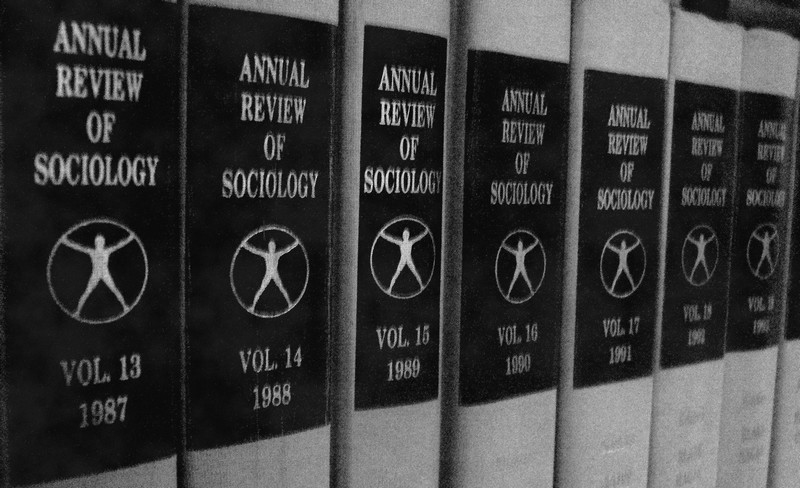 As a sociology major and journalism intern at the GroundTruth Project, I’ve increasingly noticed patterns between how research is conducted on the ground–aimed to better understand communities and people– and sharing newfound truths with the public. It became clear to me that deeper collaboration between sociology and journalism would benefit each field, and the social structures that both fields seek to reveal and, sometimes, change. To spark such collaboration, I reached out to sociologists to get their advice for journalists on what lessons they can learn from sociology to produce better stories.

For this edition of Navigator, I spoke to sociologists Íde B. O’Carroll, Ph.D. and Debadatta Chakraborty. As a social researcher, writer and adjunct professor at the University of Massachusetts, Amherst, O’Carroll conducted research in the United States, Ireland and the EU in the areas of migration, philanthropy, social change and inclusion. Chakraborty is a Ph.D. student in the department of sociology at the University of Massachusetts, Amherst, whose research and teaching interests include immigration and community formation, class, gender and sexuality.

“This radical shift in traditional news sources, and the movement towards social media as the dominant avenue to information, is of crucial importance to how we understand society and where it’s going,” said O’Carroll of this defining moment for news. “And journalists are, in many respects, the mediators for us. They’re the ones who are helping us to make sense of the news, of the issues of what’s happening in society, and communicating it back to us so that we can make meaning ourselves based on their analysis.”

Although the importance of research for a story is well known, O’Carroll argues journalists should go the extra mile and learn about the history of the communities they cover, to understand the patterns, developments and changes of a people or place from year to year, and generation to generation: “You have to understand the context within a community, and what has been there. Know your community.”

O’Carroll offers the example of covering the city of Holyoke, MA: “When I first moved out here, my friend Sam Hannigan brought me down and showed me the canals that were constructed to bring about power to the mills in the 19th century. The population then was primarily Irish and Canadian, poor migrants. Now, it’s mainly Puerto Ricans. But [there’s] incredible poverty in Holyoke now. Beautiful old buildings, but no work. No employment. So before I would go to a community like that, I’d want to have a sense of [their current situation].”

“There’s pre-engagement work, so it doesn’t seem like you’re expecting the people you’re meeting or the community you’re meeting to do all the work for you. You’ve got to show them, ‘look I’m trying to understand.’”

Get your basic numbers down

One crucial part of this pre-engagement work is to gain an understanding of exactly how many people are involved in your research. That will help you know if the evidence you compile is part of a larger trend or more anecdotal: “First of all, you’re going to have to establish the extent of the population. You have to get a sense of the scale of it, so that’s numbers. I used to keep on saying in my class ‘how many undocumented migrants do we have in America?’ Say you hold 11 million (undocumented immigrants in the U.S.) in your head, and then you’ve got to get the number picture in another way, what’s the big picture? How many people are in America? 300,000,030. So, if you look at 11 million out of 300,000,030, you get a sense of scale. I always say no matter what the issue is, if it’s about populations, get your basic numbers down.”

Related: Check out our Navigator on How to keep your biases in check

Related: We also discussed how to Overcome bias: recognizing it in people — and your reporting

Regardless of whether you have a breaking news story or a longer piece, it is important to build relationships with the people you’re reporting on, to gain trust which will yield better insights down the road. In building these relationships, O’Carroll and Chakraborty advocate for being clear and straightforward about your work and what you intend to publish with your subjects.

O’Carroll advises journalist to be unambiguous with interviewees: “I think the most important thing is having a one page description of what you’re about: This is who I am, this is what I want to do, this is how the information may be used, and here are some possible questions. That tells the person you’re connecting with that you are taking this seriously, and you’re approaching it with great care in a methodical way. I used to always send a copy of the interview release with that, so they were very clear about what they were getting into. That probably also builds trust, showing that you care, and it’s also deeply ethical because, as an interviewer, you’re in a power position.”

Related: Starting a new job? Here are some tips on how to build trust with a new community from a Report for America trainer

To continue such transparency throughout the interview process, Chakraborty advocates for journalists dedicating more time to refining questions: “There are multiple rounds of working on questions to make sure you do not have many leading questions. It’s impossible to be completely objective and to do away with bias, and maybe that creeps into the way we word the questions. So, running [your questions] by other people to see whether what you’re trying to convey with a particular question is actually being conveyed, and trying to make sure that the questions are not something that will hurt the respondent. You do not want to cause harm to the communities that you’re interviewing. And apart from that, if you have the luxury to go back to the community multiple times, that is useful.”

3) Work through the emotional toll of your studies

Sociologists and journalists, be it via studying or reporting, often work with distressing subject matter that can be hard to digest and move on from. Work within both fields can end up taking a significant emotional toll.

Chakraborty advocates for sharing your experiences: “For me, finding other people who also care about those issues, and talking them through has been cathartic. There are no easy answers to this. With time and practice, you learn when to take a step back, and when to let it seep in, so that you are not a complete emotional mess going back to the field. No matter how much you emotionally prepare yourself for these things, you would still be absolutely hurt and amazed, in a negative way, that this is happening.”

4) Ask yourself: What’s not being reported on?

A good part of sociology is discovery: researchers go into communities looking to uncover the reasons communities behave the way they do. Journalists share that trait, but sometimes, because of time and news cycle constraints, they might find themselves focusing on the same beats or issues. When choosing which stories to share with the public, both sociologists recommend journalists try to pinpoint which communities stories are least known by the public, and which stories are most critical to bring to the public’s attention. The lack of coverage of poor communities beyond newspaper and media reports of violence is a good example of an opportunity to delve deeper and find stories that explain better their reality.

Chakraborty wants journalists to look for what’s not being told: “From a social science perspective, the answer is always trying to see what would otherwise not be reported, whose perspectives and views are most likely to be not reported on. An ethical journalistic practice would be to highlight those… Talk about the various things that came up, highlighting that maybe this is what is not commonly talked about, but that doesn’t mean that this particular perspective doesn’t exist. Saying ‘maybe this is what we are used to hearing, but look, there is this other perspective too.’”

O’Carroll recommends sharing what’s most urgent for the public to become aware of: “Relevance to an emerging issue at the moment, [where there’s] lack of information and crucially, our need to know… or to counter misinformation. I would claim that the greatest challenge to public policy, to society and to democracy is the trend towards deliberate misinformation, an issue that should loom large for journalists.”

When sociologists and journalists report on human society, the findings that are often complicated must be written carefully. After this summer’s George Floyd protests, for example, many news outlets reported how protesters turned violent as night fell, with fires set, windows smashed and stores looted, despite other factors that complicated the story, such as criminals hijacking the protests as covers for looting and, in certain cases, police inciting riots via violent tactics on peaceful demonstrators.

O’Carroll advises journalists to follow the example of a journalist she believes has successfully honed this skill: “The capacity to communicate depends on your ability to use language, and to explain terms, but not in a way that seems condescending to somebody or patronizing. One of the journalists I think is brilliant at this is Kevin Cullen. He writes for the Boston Globe, and has the capacity to write long form journalism. But if you look at just one of his pieces, they’re short sentences. He guides you, he never makes you feel like you don’t understand. And he invariably foregrounds somebody. He takes us by the hand… Make it real, keep it simple, but don’t lose the essence of the analysis, because people will feel that they’re being condescended to.”

Related: Check out Kevin Cullen’s nominated work for the 2014 Pulitzer Prize for commentary “With Red Sox victory, a lesson in hope”