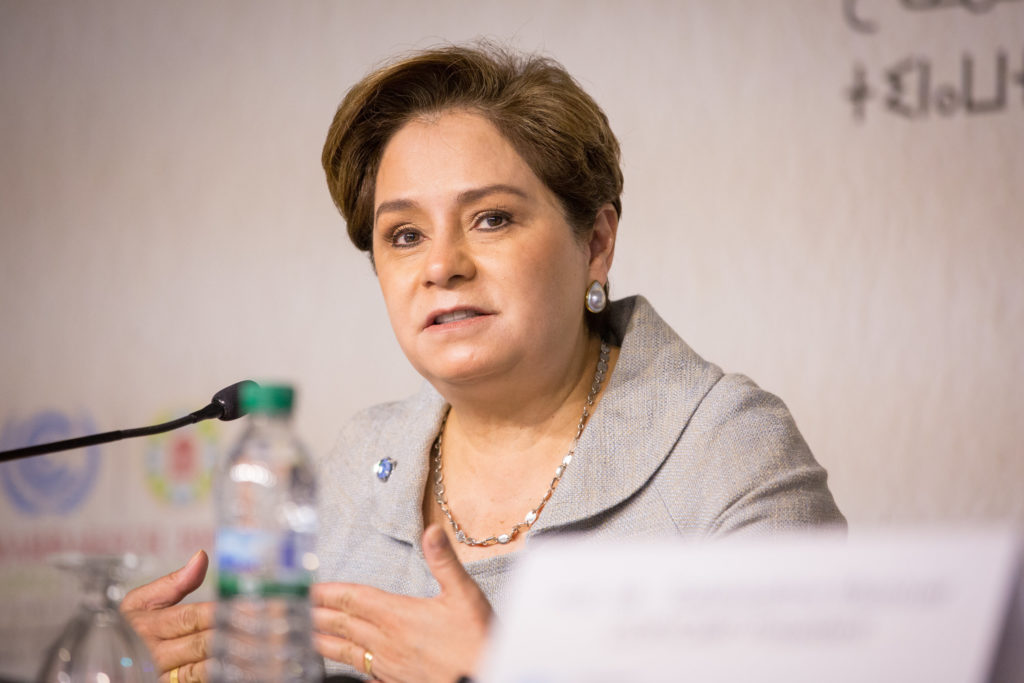 MARRAKECH, Morocco – Patricia Espinosa is in a bind. The UNFCCC head, who hails from Mexico City, is charged with guiding global negotiations on implementing the Paris climate agreement.

Figuring out how to turn an ambitious agreement into an actionable plan would already been a big job for any leader: sitting at a table with 167 different groups, getting them all to agree down to the most minute details on just how they’re going to work together to save the world – and who’s going to foot the bill.

But this week, the United States dropped a Trump card on Espinosa.

President-elect Donald Trump has said that he will pull the U.S. – the world’s second biggest carbon emitter – out of the Paris Agreement and block funds it has already promised.

In Marrakech, Espinosa hasn’t broken her poker face. I ran into the UN head in the hallways of the conference and asked if we could walk and talk. Here’s what she had to say:

What are your reactions to the results of the presidential election?

Can you reach your goals here in Marrakech with Trump about to become president?

The goals of Marrakech are already reached, I would say, because our objective was to create a dynamic within the non-state actors to support the government to implement the Paris Agreement. Today, the presence of the non-state actors is amazing … So things are moving, even in the United States. There are 40 states in the U.S. involved in the implementation of the Paris Agreement and there are more than 300 cities in the United States in the Cities Coalition, so things are moving.

As a woman from Mexico, do you have reactions to Trump’s policies towards immigration and the border?

No, but I’m from Southern California.

[Chuckles] So, I will let you bring the answer.