UN climate chief: ‘We oldies had to learn what climate change was’ 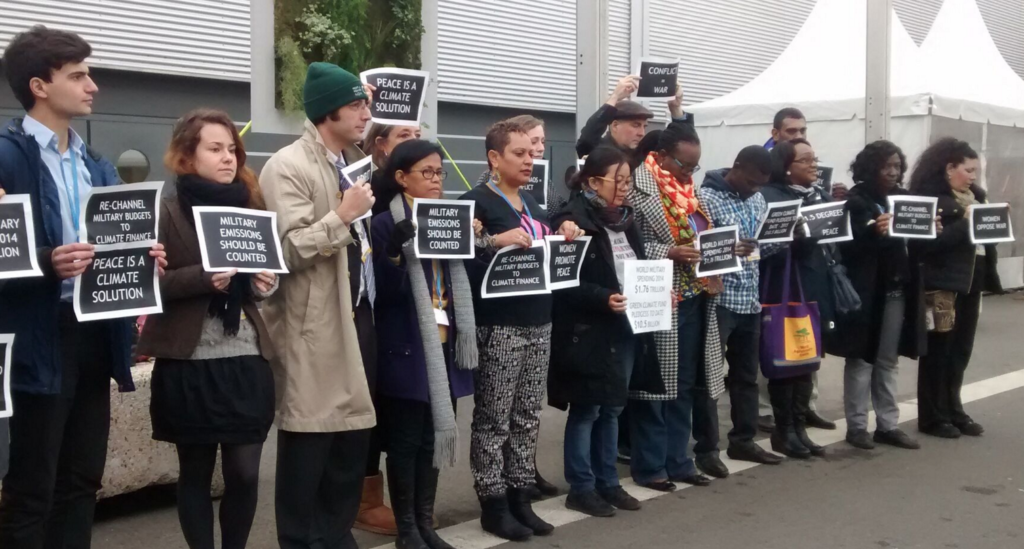 Youth protesters hold signs at the COP21 climate conference in Paris in 2015. (GroundTruth)

Last night in Boston we got an answer to a question we’d been trying to ask for months. If you’ve heard the first dispatch of our new podcast miniseries about climate change, you know we’ve been trying since November to get a minute with Christiana Figueres, the United Nations climate chief who presided over last year’s landmark accord in Paris. We covered a lot of topics while reporting in Paris, but one question was left hanging: A lot of youth activists we talked to felt left out, even patronized.

Before Figueres took the stage at the University of Massachusetts Boston last night for an emotional speech about implementing the Paris agreement, I asked her: Do youth have a seat the table?

She said United Nations climate negotiations are at their core a process between national governments, so they’re inherently biased toward government officials.

“The concern that is expressed by every other stakeholder, youth included,” Figueres said, “is of course that they don’t have the same microphone time, the same desk time, the same platform, which is a completely correct concern. It has to, however, be understood within the context of an intergovernmental convention.”

Young people are right to complain that they’re forced to bear the brunt of climate change.

“That doesn’t mean that we’re happy with where we are,” said Figueres. “A lot more has to be done, and it has to be done in conversation with national governments, not against their will.”

But protests and activism before and during the conference make a real difference, too.

“I think where we make a mistake is to fall into the simplistic conclusion that the only impact you can have is during the two short weeks of the COP,” said Figueres, referring to the 21st Conference of the Parties, the official U.N. name for the Paris climate negotiations. “I really do feel that a huge part of the Paris success was due to the very, very active and powerful voice that was expressed throughout a two- or three-year period [before the conference].”

‘We oldies had to learn what climate change was, and we’ve sort of muddled our way through,’

It’s not just youth. Figueres said women, too, are disproportionately impacted by climate change. But youth have a special advantage over previous generations—they’re aware of the challenges before them, and they get to reap the benefits of building a new, low-carbon economy.

“The next generation is the first generation that enters the global economy in full knowledge of climate change. We oldies had to learn what climate change was, and we’ve sort of muddled our way through and learned on the way to do as much as we can to delay the impacts and to minimize the impacts,” said Figueres. “The fact is nobody has done enough. Everybody is very happy for the Paris agreement. I’m very happy and grateful for the millions of people from the age of four to 104 that participated,” but, she added, it should have come sooner.

Subscribe to our podcast and stay tuned for more from Figueres, as well as a series of dispatches from me and my colleagues as we travel the world in search of human stories from the front lines of climate change.