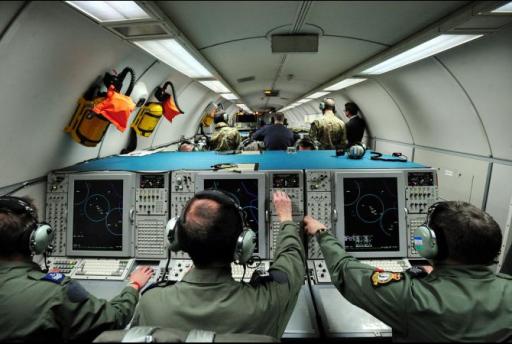 LONDON — It seems the sun never sets on the proliferation of drones.

A purpose-built command and control center for Britain’s growing fleet of Reaper drones is opening Friday at RAF Waddington in Lincolnshire. Currently the British operate their drones from Creech Air Force Base in Nevada.

At the same time, a court in London has been hearing arguments from human rights lawyers who are trying to force the UK government to lift the secrecy that surrounds its involvement in US drone strikes in Pakistan.

Just a coincidence? Yes. But when it comes to drone use in Afghanistan and Pakistan, the US and UK are closely linked, and wherever drones are used there are legal questions that are as yet unanswered. The United Nations annouced this week it will establish an investigation unit dedicated to determining the legality of US drone attacks with civilian casualties, reported The Guardian.

“If the relevant states are not willing to establish effective independent monitoring mechanisms … then it may in the last resort be necessary for the UN to act,” said Ben Emmerson QC, a UN special rapporteur, in a speech to Harvard Law School.

Legal questions haven’t stopped Britain’s military from doubling the size of its Reaper fleet from 5 to 10. Manufactured by General Atomics of San Diego, Calif., the Reaper can be armed with Hellfire missiles and 500-pound laser guided bombs. The new drones will come online by the end of the year and be operated from RAF Waddington. Operations for the current fleet will be brought back from Nevada early in the new year.

“Repatriating the British contingent will give us the opportunity to better control our use of drones,” he told GlobalPost in an e-mail exchange. However, Lord West went on, “The same issues of legality, authorization and appropriate levels of decision-making remain.”

A Ministry of Defense spokesman noted that while the Reaper is the only armed drone Britain possesses, its primary purpose is intelligence gathering.

“Since 2006, they have provided over 100,000 hours of persistent intelligence,” according to an MoD statement.

In addition, the Daily Telegraph reports that British Reapers have fired 300 missiles in the six years they have flown in Afghanistan, where Britain’s drone fleet is based.

Intelligence and assassination are at the core of the case before the British courts this week challenging joint drone operations between the UK and US in Pakistan.

“We are seeking disclosure and clarification of the UK’s policy of providing locational intelligence to the US in context of the CIA’s assassination program in Pakistan,” said Kat Craig, legal director of Reprieve, a human rights law campaign group in London.

“We believe it is illegal and the government cannot escape the consequences of acting in concert with a foreign country’s decision to kill people,” Craig said.

What Craig is asking a British court to do is give its permission for a “substantive hearing” into government policy about sharing its “locational intelligence” from the tribal areas of North West Pakistan to help the CIA kill suspected terrorists.

“There is a complete void of transparency and accountability and scrutiny of executive actions up till now,” she claims. Her hope is for the judge to grant her motion for a “substantive hearing” that will force government representatives to testify in public about the precise nature of intelligence being shared.

According to the Bureau of Investigative Journalism, over the last 8 years, between 474 and 885 Pakistani civilians, including 176 children, have been killed in drone strikes.

In order to get the judicial review, Reprieve petitioned on behalf of a villager from Waziristan, North West Pakistan.

On Tuesday, Craig presented written evidence to Lord Justice Moses from Noor Khan, whose father was killed in a drone strike when a village meeting to resolve a local mining dispute was mistaken for a meeting of terrorists by drone operators.

Khan’s statement said, in part: “The community is now plagued with fear. Drones hover over our skies day and night. All over NWA [North Waziristan Agency, Pakistan], but especially in Datta Khel, drone strikes continue to take place.

“The tribal elders are now afraid to gather together in jirgas as has been the custom for more than one century. We are scared that if we get together we might be targeted again.”

Khan continued, “We come from large families, some joined families, and people in the same family now sleep apart because they do not want their togetherness to be viewed suspiciously through the eye of the drone. They do not want to become the next target.”

Craig is at pains to explain she is seeking a judicial review of the policy, not to prosecute anyone in the government for a crime, but to get the government on record about its plans for the weapons.

“We haven’t had a primary discussion about the use of drones,” she said. “Drones facilitate war because they lower the bar so profoundly for waging it. There is little at risk for the attacker. The decision-making process dehumanizes warfare.”

A more open discussion would also suit military experts like Lord West who, despite his criticisms about the way drones are being used at the moment, noted, “It make sense to continue to develop our drone force but they are not a panacea to all our cost and battlefield problems.”

Craig is not 100 percent against the weapons either.

“We don’t want to throw the baby out with the bathwater,” she said. “They have a genuine function for surveillance use. It would be good to use drones to report on what’s happening in Syria, to monitor attacks on civilians.”

A Pew Poll on US foreign policy published last spring showed that Britons are about evenly split on the use of drones for assassination of terrorists.

Regardless of whether the court grants the request for a “substantive hearing,” a public conversation of some kind is likely to be stirred up now that RAF Waddington’s drone command and control center is opening.

A small peace encampment — echoing the Greenham Common encampment of the 1980s — has been set up near the base.