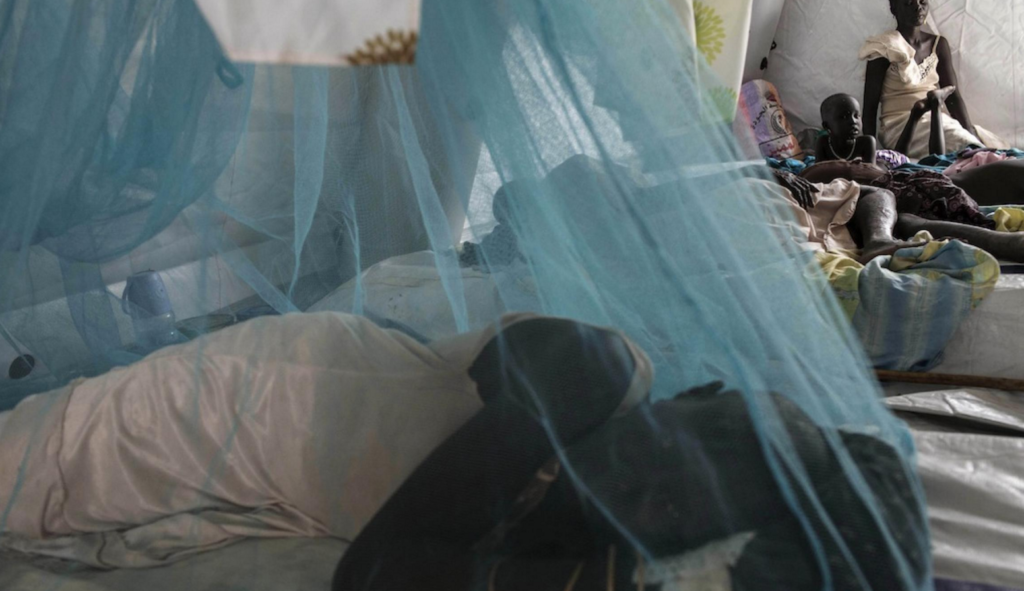 The UK-based pharmaceutical company GlaxoSmithKline made waves last week with the announcement that it was seeking regulatory approval for the world’s first-ever malaria vaccine. GSK hopes that its vaccine, called ‘RTS,S,’ will prevent millions of malaria cases each year.

Meanwhile, researchers in Tanzania said this week they have made strides in developing an important research tool that they hope will significantly contribute to developing anti-malarial drugs and vaccines suited to the African population.

Both recent advents in the field of malarial research hold promise in tackling one of the world’s deadliest diseases. But there’s still a long way to go before eradicating malaria, experts say.

Tests have shown that the GSK vaccine is not as effective as the public health community would like it to be, said William Moss, a pediatrician and professor at the John Hopkins Malaria Research Institute. “It is not the magic bullet that people have hoped for,” he said.

And researchers consider the Tanzanian advancement as just a means to increase the capacity for finding a malaria vaccine or drug. “It is important for candidate vaccines in Tanzania but by itself it doesn’t help science, but scientific pursuit,” said Regina Rabinovich, resident malaria scholar at Harvard School of Public Health’s Department of Immunology and Infectious Diseases.

Moss called it “a small step forward,” but certainly not “a game-changer.”

The need for a vaccine

There are an estimated 207 million malaria cases annually all over the world, and according to the latest WHO estimates 90 percent of all deaths from the disease occur in sub-Saharan Africa. Most of them are children under five years old. In Africa, a child dies of malaria every minute.

Researchers have been working for decades to find a vaccine for malaria, which is the world’s second biggest killer communicable disease, but without success so far. GSK’s work, spanning over 50 years, has been the most advanced.

The pharmaceutical giant has filed an application for regulatory approval to the European Medicines Agency, and anticipates distributing the vaccine within the next year, said Moncef Slaoui, GSK’s global head of research & development and vaccines.

“It’s frankly a scientific breakthrough as much as it’s a public-health breakthrough,” Slaoui said. “It’s the first ever human vaccine against the parasite.”

The RTS,S vaccine targets the malarial strain responsible for all the deaths in Africa. The vaccine, to be administered in three doses to infants and children between five and 17 months, helps generate antibodies to fight the malarial parasite transmitted by mosquito bites.

GSK is applying for regulatory approval after testing the vaccine in both infants and adults. Even though the success rate in preventing malarial infection has been found significantly higher in adults, at 60 to 70 percent, it will be targeted for children under the age of two years, he said, “because that’s where the disease is most severe and most of the deaths occur.”

Rating the success of the vaccine

Some malarial researchers are more cautious about the vaccine’s degree of protection. Its success rate in preventing malaria in infants and toddlers is less than 50 percent – and the effects of the vaccine aren’t very long-lasting.

“It’s lower than we had hoped, particularly in younger children and younger children at higher risk of disease,” said Moss, who has an ongoing study on malaria control in Zambia and Zimbabwe. “The protective immunity decreases over time so you get lower protection that declines faster than hoped for.”

However, GSK’s Slaoui emphasized that the success rate amongst infants was not a low figure, saying that the vaccine could potentially prevent half a million to 600,000 cases of severe malaria and 30 million cases of malaria annually in sub-Saharan Africa.

“That is an enormous impact on public health – on hospital and infrastructure,” he said. “We’re very excited about it.”

While Moss believes the vaccine had the potential to be a “useful” tool in addition to other prevention methods such as insecticide-treated nets and indoor residual spraying, he stresses that a new vaccine with better efficacy rates than the RTS,S is still needed.

“I think it’s enough to introduce the vaccine,” he said. “But should we sit on our laurels and not try to improve? Absolutely not.”

Malarial researchers in Tanzania are hopeful that a new tool they developed might hold the key to future vaccines and drugs.

A new study published Monday in The American Journal of Tropical Medicine & Hygiene reported results from the first-ever clinical trial in Africa for malaria. Researchers in Tanzania found that they could induce the infection with the use of frozen malarial parasites, instead of exposing subjects to live mosquito bites.

The results, which were obtained by injecting the parasite into 30 Tanzanian men – are significant because they could allow researchers to develop and test malaria drugs in Africa without relying on expensive mosquito-breeding laboratory facilities available only in a handful of places in US and Europe, according to apress statement from the Tanzanian team.

“[This] opens up unprecedented opportunity for evaluation of new malaria drugs and vaccines in Africa,” said Salim Abdullah, principal investigator of the study and Chief Executive Director of the Ifakara Health Institute (IHI) Bagamoyo Research and Training Centre in Tanzania, in the statement.

In a telephone interview, Abdullah said that he expected this innovation to help other researchers evaluate new malarial vaccine candidates and that it was important to develop this tool in Africa so as to save precious time wasted in adapting European drugs for African communities.

“Each ethnic group responds differently to vaccines,” he said. “Most of the new medicines are tested in Europe, and it takes several years before we can be certain that the product will be suitable for Africans.”

Still, other researchers said that it was too early to start celebrating. The malaria parasite is extremely diverse in malaria-endemic areas, as opposed to the laboratory strain of the parasite used in this study, said Moss.

Moreover, the Tanzanian study relied on injecting the human subjects with a relatively high dosage of the parasite when compared to a mosquito bite, and could potentially give a lopsided result of the actual efficacy of the drug being tested, he said.

Recognizing that both recent developments have their own unique limitations, the scientists leading each effort are committed to improving their work moving forward.

GSK is already working on a second-generation vaccine, though that’s still a few years away, said Slaoui.

Meanwhile the Tanzanian team is looking to collaborate with other groups to test new malarial drugs in development.

“With our research, we want to be able to test the suitability of malaria drugs on the African population early on,” Abdullah said.