TruthTalks: Reporting from the frontlines of COVID-19

In this panel and Q&A, three journalists talked about their experiences reporting from the new frontlines: COVID-19.

Foreign correspondent Kelly Kasulis, former Democracy Undone Fellow Letícia Duarte and GroundTruth Deputy Digital Editor Selin Thomas each bring a unique vantage point to this discussion on how the pandemic has impacted reporting in three corners of the globe: South Korea, Brazil and the United States.

You can listen to all Kasulis, Duarte and Thomas had to say on this panel by watching the full video below.

Kelly Kasulis is a freelance multimedia journalist and the former deputy digital editor of The GroundTruth Project. She relocated to Seoul, South Korea, where she covers North and South Korean affairs in print, radio and television for news organizations like GroundTruth, Bloomberg Industry, Al Jazeera English, the BBC, Public Radio International and others. While covering the Koreas, Kelly has covered major stories like the “fire and fury” tensions between Washington and Pyongyang, the 2018 Pyeongchang Winter Olympics, the life of North Korean defectors, LGBTQ+ rights, COVID-19 and more. Kelly is also currently working on a feature-length independent documentary film about South Korean feminism, beauty standards and labor rights.

Before joining GroundTruth, she spent four years working as a fellow with NBC Connecticut in partnership with the Emma Bowen Foundation for Minority Interest in Media. Kelly also previously worked as a science reporter and foreign correspondent for Mic.com and studied journalism at Northeastern University in Boston. In 2016, she participated in a fellowship with the Asian American Journalists Association (AAJA).

Letícia Duarte is a Brazilian journalist based in New York, covering global issues and politics from a humanitarian perspective. She has been awarded numerous fellowships, including the 2019 Democracy Undone fellowship, a global reporting partnership set up between The GroundTruth Project and the Atlantic Magazine. Recording podcasts in English and Portuguese, she investigated the effects of rising authoritarianism in Brazil, such as the issue of extrajudicial killing in the favelas. Duarte is a recipient of the 2019 Overseas Press Club Foundation Scholars Award/Harper’s Magazine Scholarship, for an essay describing her work traveling with Syrian refugees throughout Europe. For the past six months, she’s been a reporting fellow for the Global Migration Project at Columbia Journalism School, exploring the nexus between climate change and displacement.

She has previously worked at Zero Hora, the pre-eminent newspaper in southern Brazil, and her reporting projects have taken her to places like the Gaza Strip and Mozambique. In 2015, she was ranked 24th of the 200 most-acknowledged journalists in Brazil’s history. She holds an M.A. in Politics and Global Affairs from Columbia University and an M.S. in Sociology from the Federal University of Rio Grande do Sul (UFRGS/Brazil).

Originally from Philadelphia, Thomas received her degree in journalism from Boston University in 2014. That year, she reported on refugees along the Turkish-Syrian border. She has worked as a freelance journalist in New York since 2016, when she completed her Master of Arts in politics and global affairs at Columbia University Journalism School; her thesis investigated the historical and economic causes of the persecution— ultimately genocide—of Burma’s Rohingya. As a researcher, editor and writer, her work focuses on identity, historical narrative and politics. 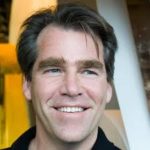 Charles Sennott is the Founder, Chief Executive Officer and Editor of The GroundTruth Project. He is an award-winning correspondent, best-selling author and editor with 30 years of experience in international, national and local journalism. A leading social entrepreneur in new media, Sennott started GroundTruth in 2014 and in 2017 launched the non-profit organization’s new, local reporting initiative, Report for America. Reporting on the front lines of wars and insurgencies in at least 20 countries, including the post 9-11 conflicts in Afghanistan and Iraq and the 2011 Arab Spring, Sennott began his career in local news covering cops, courts and municipal government. Sennott’s deep experience in reporting led him to dedicate himself to supporting and training the next generation of journalists to tell the most important stories of our time. Sennott is also the co-founder of GlobalPost, an acclaimed international news website. Previously, Sennott worked for many years as a reporter at the New York Daily News and then the Boston Globe, where he became Bureau Chief for the Middle East and Europe, and a leader of the paper’s international coverage from 1997 to 2005. Sennott has also served as a correspondent for PBS FRONTLINE and the PBS NewsHour. He has contributed news analysis to the BBC, CNN, NPR, MSNBC and others. He is a graduate of Columbia University’s Graduate School of Journalism and was a Nieman Fellow at Harvard University.

Related: Read Sennott’s column on press freedom in the time of COVID-19

To thank GroundTruth’s supporters, we gave our donors a chance to talk with some of our journalists. Now we’re sharing that discussion with our audience. 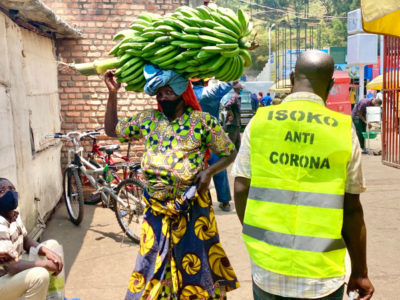