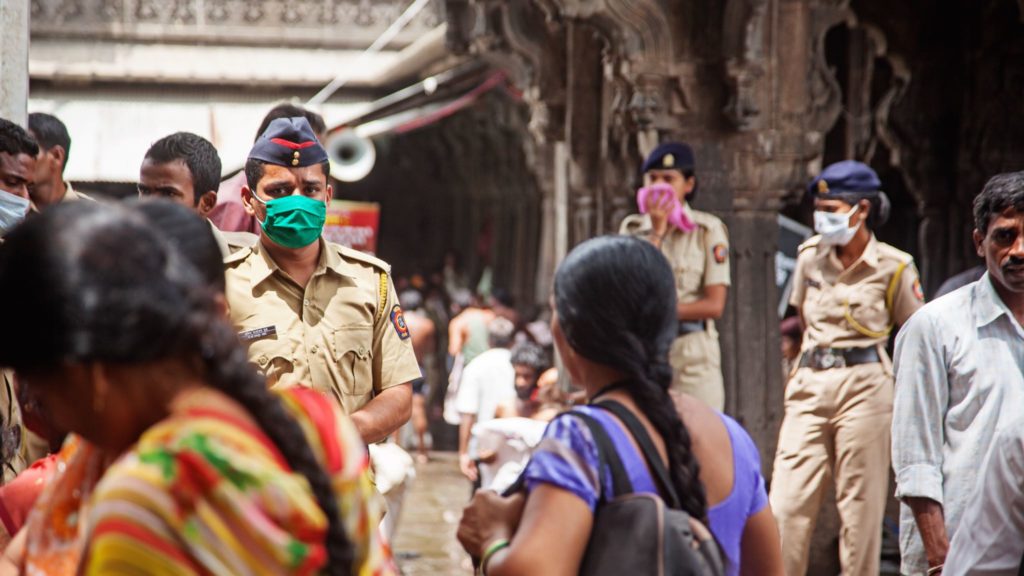 Early one morning in late August, before the sun has inched over the horizon, thousands of people have already taken to the streets of the ancient city of Nashik in India. They walk alone or with families during a reprieve from the heavy rain. Some are barefoot. Women, clad in colorful saris, carry bags in their hands or on their heads. Young children grasp the hands of their grandparents. Everyone is heading in the same direction. They walk past shops and houses. Police dot the streets, some wearing surgical masks as a precaution against the latest H1N1 influenza outbreak.

The streets narrow and snake downward. A man tells his aging and frail mother, who is walking with the aid of a stick, “we’re almost there.” Her eyes light up and a smile creeps onto her lips as she sees hundreds of people bathing in the Godavari River, its green-brown water gently flowing through the middle of Nashik and around the ghats, the wide steps that form the river’s banks.

The old woman and her son join the bathing crowd. They dip into the waters once, twice, thrice, and then take water in their cupped hands and let it trickle back into the river as an offering to the gods and their ancestors. This was the first royal bath day of the Kumbh Mela, a Hindu festival held this summer in Nashik. Millions of Hindus attend the Kumbh Mela, a mass pilgrimage considered to be the largest gathering of people at one place in the world. Crowds swell to a peak on royal bath days, held on auspicious dates when the power and magnetism of the holy waters are believed to be amplified.

Nearby, in the same waters, people are washing their clothes and brushing their teeth. Still others are filling water in plastic cans to carry home. The river is more than a sacred destination—it is a source of drinking water, a laundry, and more.

The crowd of pilgrims descending on Nashik this year coincides with an outbreak of particularly virulent H1N1 influenza. So far Nashik has recorded 487 cases of H1N1, with 82 deaths—the highest in the district in the last five years. Across the country, the virus has affected thousands more, mutating and becoming even more dangerous than ever before.

Read the this story and explore The Next Outbreak at NOVA Next.