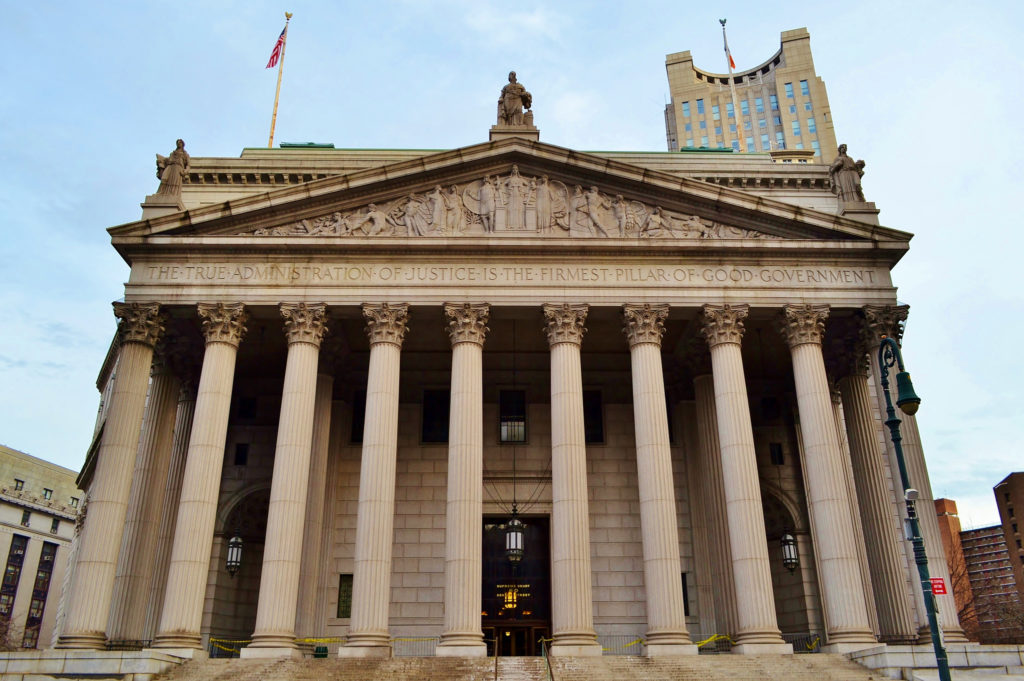 Every journalist will have interviews in the course of their careers that they are nervous about, or feel unprepared to handle. It might be because you’re asking tough questions of someone who does not want to be challenged. Or it might be that the subject matter is really difficult. What is it like talking to someone about the worst thing they’ve ever done in their life? How do you respectfully challenge someone you know is not being honest with you?

Beth Schwartzapfel has been in these situations. She is a staff writer with The Marshall Project, an online publication that does in-depth reporting about criminal justice.

Beth has interviewed inmates who’ve committed violent crimes, victims of crimes, district attorneys, police chiefs and the whole range of people involved in the criminal justice system. Needless to say, these conversations have been hard, for varied reasons. We hope this edited excerpt of our conversation with Beth will prove helpful as you think about how to approach difficult interviews.

How do you prepare when you know you have a difficult interview coming up? Do you go into an interview with a list of questions written down?

It depends on what’s difficult about it. If an interview is difficult because you’re dealing with a public official who’s being cagey, or a public information official whose interests are served by hiding information – preparing for that is different than preparing for an interview with someone who’s suffered a terrible trauma, or someone [who experienced] something terrible and doesn’t want to talk about it.

I try not to follow a script as a general rule. I want it to feel like a genuine conversation and not to feel bound by a preconceived notion of what we’re going to talk about. There is certainly some essential information I do want to find out, but that’s different from having a script.

It gets more pressing where I have less time, those are the interviews where I have a much more tightly-scripted plan. But if there is no limitation, I go into [the interview] with essential things I want to know, and let it flow from there.

How do you create a rapport with an interviewee you don’t have a long time to get to know, or whose contact with you is restricted, such as an inmate?

That kind of rapport is only necessary in certain instances. In more professional settings, where you’re interviewing an expert or public official, you don’t have to spend a lot of time doing that.

In the case of a vulnerable person, I start by saying, in all honesty, “I am really honored you’re choosing to speak to me. I know this must be really difficult. I hope to honor the fact that you’re choosing to tell me your story by telling it fairly.” That type of statement would sit more with someone who’s been a victim of a crime. Where if you’re talking to someone who’s reluctant to talk about [a crime they’ve committed], you wouldn’t launch into it [by asking], “Tell me about the worst thing you’ve done.” You’d just chat for a little while.

Do you approach an interview with a powerful person, such as a police chief or DA, differently than you’d approach someone who inhabits a marginalized position, such as an incarcerated person?

They could not be more different.

With a professional person, these are people who have media handlers. You don’t have to handle them with kid gloves. In fact, you need to handle these folks with boxing gloves. They are going to come into that conversation trying to package their message to you. Those are the situations where you need to know the questions you need answers to.

You really need to push hard. There is no reason to pull your punches. In fact, it’s your job to say, “I heard 25 stories to the contrary” or whatever it is. That’s not to say you have to be unfair. I approach these conversations with curiosity and open-mindedness. You don’t want to go into it with an adversarial relationship, but you have to go in with a healthy dose of skepticism and being prepared to push back.

[With a more vulnerable person] the most important difference is making the ground rules and expectations clear. They don’t know what “to be on the record” or “to be on background” means. Being clear that they can’t see the story before it’s published. And then, think about what it would be like to be them. [Ask yourself] how can I put them at ease, how can I ask questions that are sensitive to what they are going through or what they went through?

Sometimes you find things out later, and it’s OK to go back to somebody. That was the hardest lesson I learned early on – sometimes you may annoy someone and that’s alright.

How do you get a sense of whether you’re being misled by an interviewee?

Part of that is doing your homework in advance – getting a sense of what their motivations [for speaking to you] are, and what story they want you to come away with, what they are going to want you to think. And if it’s a case or situation that’s been in the news, read everything you can about it. Learn everything you can about them. Correspond with them in advance, so that when you go into [the interview], you don’t have to take their word for everything they say. Knowing their motivations lets you know where you need to push and how hard you can push. It’s not like there is any wrong reason to tell your story, but as a reporter, you can ask better questions if you know what their motivations are.

Sometimes you find things out later, and it’s OK to go back to somebody. That was the hardest lesson I learned early on – sometimes you may annoy someone and that’s alright. Call them back, ask them to comment.

What was the most difficult interview you’ve done? What made it difficult, and what was the result of your conversation?

[An inmate] in Texas … is the most difficult interview I’ve done. He admitted to me that he had committed this one rape. He was serving time for these other rapes he insisted he had not done. And I was extremely skeptical about that. The rape he had admitted to doing was very similar to the others [he was convicted of]. He had this sense of himself as a victim and a truth teller. He wanted the world to feel proud of him for coming clean about the one rape he did do. And I really wanted to get to the bottom of him in a way – that I look back on now – was incredibly naïve. I went in wanting to be gentle with him, because I wanted to keep access to him. By the time I went to see him, we had been corresponding for the better part of a year, and I knew his motivation. So that gave me more confidence to push harder.

He’s a human being too. He has obviously complicated thoughts and emotions that I wanted to honor. And I wanted to be fair.

It taught me a really important lesson – not everyone has good self-insight. I’m used to people who have a clear understanding of their motivations and are able to articulate their motivations and thoughts and feelings, and there are lots of people who can’t do that. You go into an interview hoping that someone can say, “This is why I raped this person” and lots of people can’t do that.

I’m super interested in writing about people who’ve done bad things, because unless and until we recognize they are humans, we aren’t going to stop bad things from happening … If we recognize them as human, we have a shot at stopping violent crime. Because if we understand their motivations, we can stop them. But one of the things that has been a stumbling block is that not everybody can explain why they do what they do.