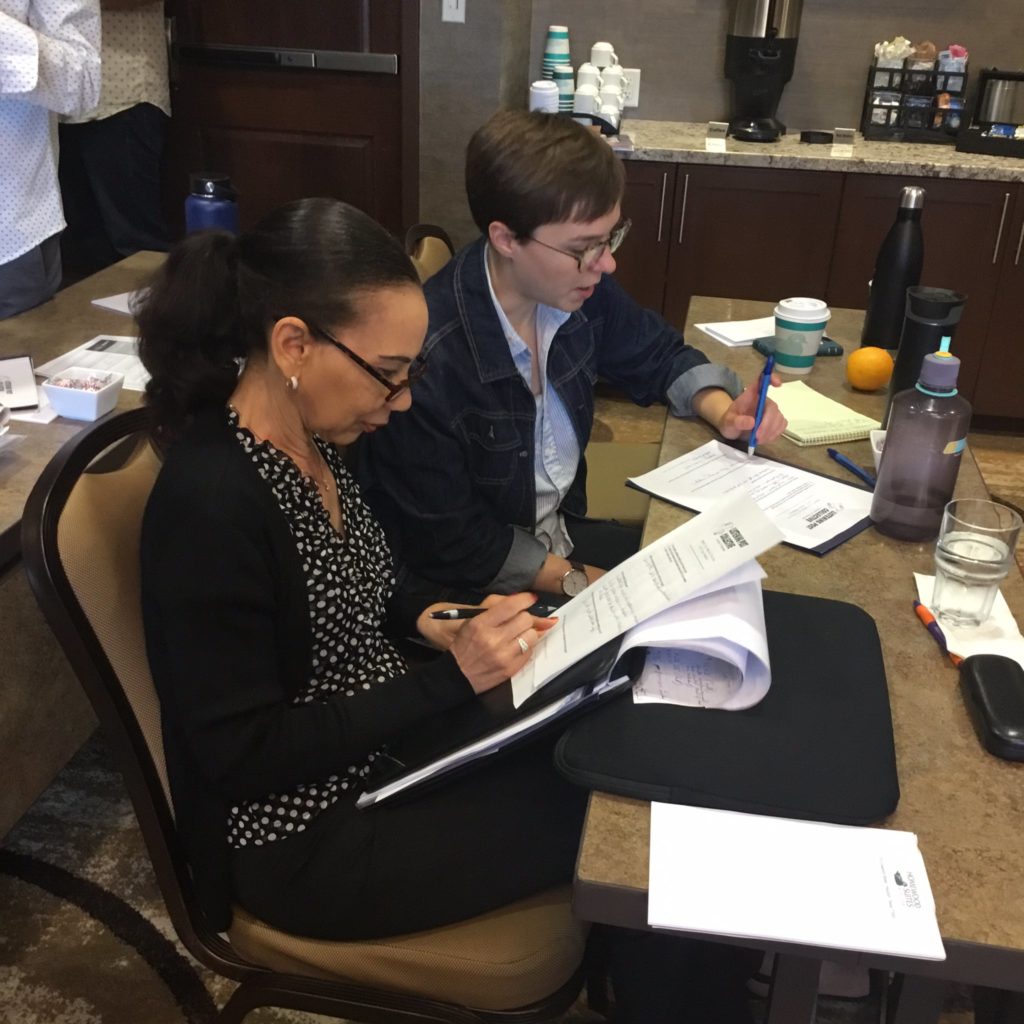 Having the trust of the community you cover can make or break a journalist’s beat. Sources are more willing to offer insights, refer you to others and approach you with delicate information if they know they will be heard and treated fairly.

Trust is a scarce resource these days. A recent poll by the Knight foundation found 69 percent of U.S. adults said that their trust in the news media had decreased in the past decade. But the picture becomes more encouraging when you focus on local media: The 2018 Poynter Media Trust Survey found that 76 percent of Americans have “a great deal” or “a fair amount” of trust in their local TV news, and 73 percent have confidence in their local newspapers.

Developing that bond with the community is hard for any reporter, but it can be more challenging for those arriving to a new area or beat. Our new Report for America corps members had the privilege this week to hear from Mary Meehan, a journalist with more than 30 years of experience in the health beat, currently working with WEKU.fm and Ohio Valley ReSource, about what reporters can do to earn that trust. We sat down with Ms. Meehan to get more of her advice on the matter. Her responses have been edited for length and clarity.

1. Adjust your expectations and strategy to the culture and the pace of your new community

Meehan recounts how in her very first assignment in a small town, she was tasked with interviewing the winner of an apple pie baking contest. Coming from a big, fast paced city, she thought she had to be aggressive to get the story. “I called him like three times and then when he didn’t get back to me, I sat on the reception area of his office until he talked to me. It was overkill, but I was determined to get that pie recipe if it was the last thing I ever did,” says Meehan. She ultimately got the recipe, but alienated a member of the community for a story that wasn’t vital.

The episode taught her an important lesson: “You have to be watchful of how people interact and try to fit in. You have to adapt to them, they don’t have to adapt to you.” Learning to identify the culture and the pace at which people do things in your new community, will save you a few embarrassments, says Meehan.

2. Don’t be afraid of asking your editor for help

The fast pace of news these days sometimes gives young reporters the impression that editors expect them to hit the ground running on their first day. And although that might be true in a few cases, most editors know that good stories take time and solid relationships. Meehan recommends sitting with your editor on your first week to talk about sources: “Ask them, ‘Who are the three people in this community that you would suggest I talk to in the first month I’m here?’ And that may be someone expected like the mayor, but it may be someone you’re not aware of, like the woman who’s been operating a soup kitchen for 20 years.”

Meehan also advises to discuss with your editor how you’ll build those relationships. “You need to have a conversation about the fact that in order to get to know this community you may have to set up some meetings where you’re not necessarily pursuing a story, but you’re trying to forge relationships. That’s going to be very important, especially in dealing with sensitive subjects, like health, where you really need to gain the trust of people before they really commit to help you tell their stories.”

3. Don’t be a spectator of your community, be a part of it.

Although journalists should have some distance from the people they cover, that doesn’t mean that you should not participate in the life of the place where they work.

Meehan believes you won’t really be seen as trustworthy until people see another part of you, one that is not related to asking them questions. “That could be joining a soccer club, not to find sources, but because you like to play soccer, or join a church, join a gym, volunteer at a soup kitchen. Something that makes you part of the community other than going to people with your notebook/recorder/camera in hand.”

4. Get comfortable asking the “dumb” questions

Curiosity lies at the core of journalism, but when starting a new job, many young journalists suppress that impulse to avoid looking like they’re not competent in the eyes of their sources. Meehan believes they should do the opposite and use that desire to know to their advantage: “If you sincerely ask a question, most people will be glad to explain.”

That goes double for interviews with people in technical fields that use terms that are common knowledge to them, but not for you, says Meehan. “If you’re dealing with engineers, and they use all those acronyms, and you say, for example, ‘Excuse me, but what’s an RQTL5?’ they’ll be delighted to tell you about it. They would be like, ‘Oh, let me tell you, that RQTL5, you can’t live without it,’” said Meehan jokingly.

“You are in this for a reason,” said Meehan at the end of her presentation to the Report for America corps members. “You see this as a public service. And in pursuit of that you have to be willing to tell people what you don’t know, so they can inform you.”