In a time of division, what does it mean to be an American? 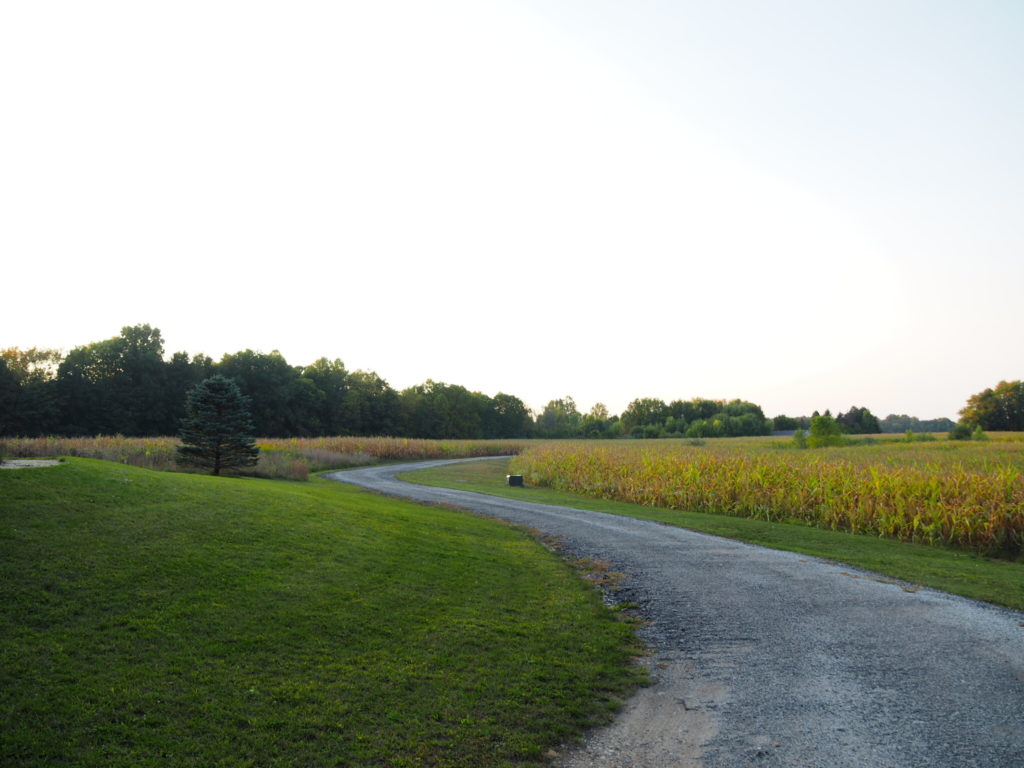 An unpaved road near Mishawaka, Wisconsin, one of the stops of The Citizen's Story. (Photo by Jamie Piltch)

Editor’s Note: “Common Ground” is a place for reported columns on issues that are bringing Americans together at a time of inflamed divisions. As GroundTruth builds two new reporting initiatives that focus on the United States, “Crossing the Divide” and “Report for America,” we are proud to feature guest columns like this one by kindred spirit Jamie Piltch, a recent college graduate traveling across the country and interviewing people about what it means to be American — and what our responsibilities are to our country.

MISHAWAKA, Indiana — In the days after November 8th, I noticed a scary trend among my classmates at Harvard. Instead of levying their criticisms at politicians – Hillary Clinton or Donald Trump – many people seemed to instead express their political anger at their fellow citizens. I’d hear my friends talk about how “Trump voters” were a problem, a scourge on our country, maybe not even American.

To make sure these complaints weren’t just those of young, disenchanted people, I turned on CNN and read Fox News. Everywhere, it seemed, people had stopped critiquing the candidates. They’d moved on to the people who had voted for them. But why?

As I approached college graduation this spring in the wake of the election, I kept thinking about an experience I had during my sophomore summer. As a lover of history, I’d signed up to be a research assistant for a favorite professor, whose course on the history of American democracy had been extraordinary. As we worked on a high school civics curriculum together, he talked about the importance of shared civic values. He thought that despite deep political polarization, we still shared a civic foundation, certain ideals that bond us. People were just failing to to recognize it.

I reflected on my research into what civics courses tend to teach: shared values, a sense of community, respect for different viewpoints, informed discussion and participation in society. As I did, it struck me that maybe the problem in our country – in which many students no longer take civics courses – is that we just don’t talk enough about those beliefs. Maybe we just need to reestablish our civic common ground.

To test whether or not I am right, I am driving across the country this fall asking people what they think it means to be a good citizen and an American. I’m calling the project “The Citizen’s Story.” My path will take me through at least 15 states in the Rust Belt, the Sun Belt and the South so that I can talk to people who live in very different places than I do and who likely disagree with my politics.

Along the way, I am also stopping in big cities so that I am reaching both Clinton and Trump supporters, as well as Americans who support neither. In talking to Trump supporters, I hope they see that there are many Northeast liberals (like myself) who do want to understand and listen. Likewise, I have often found many of my liberal friends to be skeptical of citizenship and civics, so I hope my conversations with Democrats will inspire them to think about these concepts more. In reading my interviews, I want Democrats, Republicans and independents to see just how much we all share.

So far, I have traveled to Washington, D.C.; Mercersburg and Pittsburgh, Pennsylvania; Bowling Green, Ohio; Detroit, Michigan; Mishawaka, Indiana; and the greater Chicago area. I’ve talked with 84 people. Although I haven’t reached as many Trump supporters as I’d like so far, I have spoken with a wide range of people. Sixteen of my interviewees voted for Trump, twelve are Republicans who refused to vote for Trump, four are Democrats who refused to vote for Clinton, and many didn’t or couldn’t vote.

Already, trends have begun to emerge that transcend political leaning, race, and socioeconomic class. The civic foundations I’ve discovered so far? Although people talk about how important political involvement and respect are, almost everyone says all citizens need to be engaged.

Michael, an active-duty Army officer in his mid-twenties who didn’t share his political leaning, connected all of these ideas best in Washington, D.C. He said, “Service and political engagement are the keys to good citizenship … but you don’t have to be involved in politics to further American values. Engagement is whatever you can give or understand in your own life.”

Reassuringly, people also seem to have a shared vision of those American values that Michael mentioned. Not surprisingly, a lot of people have mentioned freedom and equality. The American ideal I’ve most enjoyed hearing about, though, is acceptance.

Her words highlight an important point: Acceptance, as opposed to the lofty ideals of freedom and equality, is something every American can practice every day.

And maybe my favorite interview was with Jon, a man in his mid-forties who works for Granger Community Church (near Mishawaka), because it highlighted how much I do share with many people I disagree with politically. A Trump voter, he mentioned that the Democratic mayor of South Bend, Pete Buttigieg, is his political role model because Mayor Pete “truly wants what is best for the city.”

I also loved his words about community. He noted, “Unity is a part of community. I don’t know if there’s a lot of unity in many communities in the United States, especially with the suburban movement. I drive in my garage, put my door down, and close the door.”

Implicit in Jon’s comments was that community doesn’t depend on politics. It just depends on whether people put in the time to build it.

There’s so much I still have to learn, so many questions to ask and people to talk to. Of course, I could be wrong. Perhaps polarization has become so powerful that we don’t even agree on the basics of American values. I have deep hope that that’s not the case, though. The project is a work in progress, so I welcome any feedback from my fellow citizens on what I should be looking for and asking as I travel.

Even in my brief time on the road so far, I’ve realized something important: You don’t need to be a journalist to talk to people about what it means to be a citizen and an American. You just have to care about our democracy and want to end the way we demonize each other. Maybe my work will inspire others citizens to do just that.

Jamie Piltch is a recent college graduate road-tripping across the country for three months. Having studied History & Literature in college and worked on a civics curriculum, he has always been curious about the stories and values that bind people together. His website is www.citizensstory.com.