Could Trump derail the Paris Agreement? 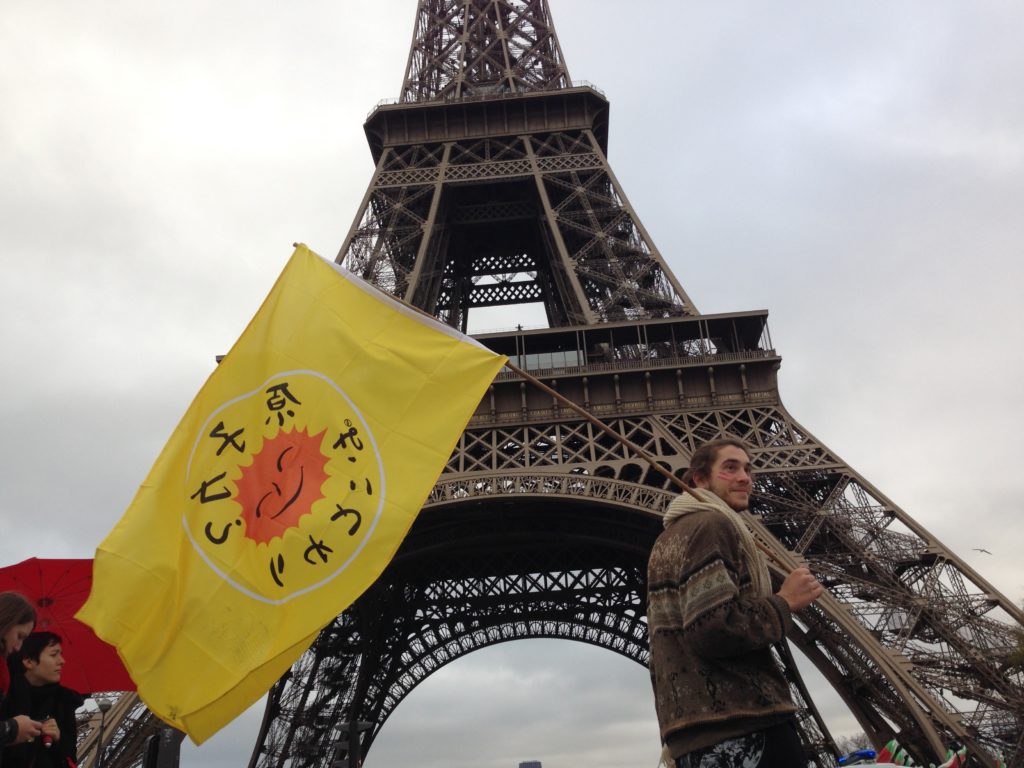 A protestor stood in front of the Eiffel Tower during COP21 in Paris, where 195 countries made climate history, adopting an ambitious and unprecedented international plan to limit global warming to below 2 degrees. (Carlos Felipe Pardo/Flickr)

MARRAKECH, Morocco – Just one week after the global pact on climate change came into effect, the U.S. election has thrown the process of  implementing it into turmoil.

Donald Trump’s victory after a long and bitter presidential campaign surprised many, including scientists, activists and diplomats gathered in Marrakech, Morocco for the U.N. summit aimed at clarifying and realizing the pact, made in Paris last year.  The U.S. is among the 55 signatories representing more than 55 percent of global emissions whose commitments to cut greenhouse gas emissions helped push the international agreement over the threshold it needed to enter into force last week.

Under the terms of the deal, it would take President-Elect Trump four years to withdraw from the Paris agreement. So, should Trump initiate that process on day one of his presidency, it is impossible for the United States to formally exit the Paris agreement until at least 2021. But the election of a candidate who has called climate change a “hoax” could compromise the deal, nonetheless.

“It’s a dark day,” said Jesse Bragg, a spokesman for the nonprofit Corporate Accountability International. “If a country is not interested in participating in one of these processes, they can walk away. There are some things that we need to grapple with.”

The Trump administration could jeopardize the global climate change agreement by walking back the country’s climate pledge. Last year in Paris, the U.S. promised to cut its greenhouse gas emissions at least 26 percent below 2005 levels by 2025. President Barack Obama had pledged to do that through a combination of energy and fuel efficiency measures, increased investments in renewable energy and by directing the Environmental Protection Agency to crack down on the most carbon-intensive power plants. Trump could undo many if not all of those steps through executive actions and make it difficult or impossible for the U.S. to meet its commitments under the Paris agreement.

That wouldn’t trigger any penalties from the United Nations, as the agreement doesn’t provide for anything like that. But as the second-biggest emitter of greenhouse gases after China, the U.S. could unravel some of the international peer pressure that keeps the agreement from falling apart.

Under the Paris deal, the nations of the world also agreed to reconvene, report their progress on cutting emissions and pledge to cut even more. That’s because the pledges submitted in Paris last year don’t add up to enough emissions reductions to meet the agreement’s goal of keeping average global warming “well below” 2 degrees Celsius. Without the U.S. participating, other nations will have to cut more to make up the difference.

Trump could also cut funding for climate initiatives. In addition to steering federal agencies away from renewable energy investments, the Trump administration could refuse to help finance U.N. initiatives meant to help developing countries grow their economies without ballooning their carbon emissions.

The world has already warmed 1 degree Celsius since preindustrial times, and a U.N. analysis released last week says the world needs to peak its carbon emissions in 2020 to avoid climate change at levels that scientists have deemed dangerous.

While the U.S. election has cast a pall of doubt over many at the U.N. conference in Marrakech, some downplayed the political shift as temporary turbulence for a global economy that has already begun its shift away from fossil fuels.

“Some days, you wake up and you think  that the world has completely changed, and you have to remember that an awful lot remains the same,” said Jill Duggan, director of the Prince of Wales Corporate Leaders Group.

Duggan was among many business leaders who found hope in Trump’s pledge to grow the U.S. economy, in part with new infrastructure spending.

“Donald Trump is pro-business and he wants to grow the economy,” said Duggan. “That provides a huge opportunity for businesses that understand the impact of climate change on their businesses and the economy that we’re already moving towards.”

Trump has not specified the details of his infrastructure plan, but it could include investments in renewable energy. Supporters of both Trump and Democratic nominee Hillary Clinton were overwhelmingly in favor of expanding wind and solar power, according to a recent Pew Research poll, although they differed wildly on fossil fuel development.

“The infrastructure initiatives that President-elect Trump put out during the campaign provide opportunities to inject new momentum into both clean energy and climate resilience,” said Alden Meyer, director of strategy and policy for the Union of Concerned Scientists. “I would say that China, India, Brazil, Europe and other major countries in this project will move forward with the commitments they’ve made under Paris — not because they’re trying to please the United States, but because it’s in their own self-interest.”

Others in Marrakech held out hope that, as president, Trump would moderate his position on climate change.

“President-elect Donald Trump has been the source of a lot of bluster on climate change over the last year,” said Hilda Heine, President of the Republic of the Marshall Islands, “but now that the election campaign has passed and the realities of leadership settle in, I expect he will realize that climate change is a threat to his people and to whole countries which share seas with the U.S., including my own.” 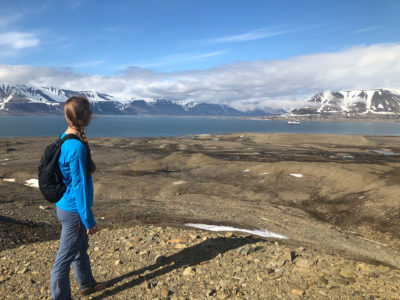