The U.S. has spent $90 billion on the fight against AIDS globally — these are some of the take-home lessons 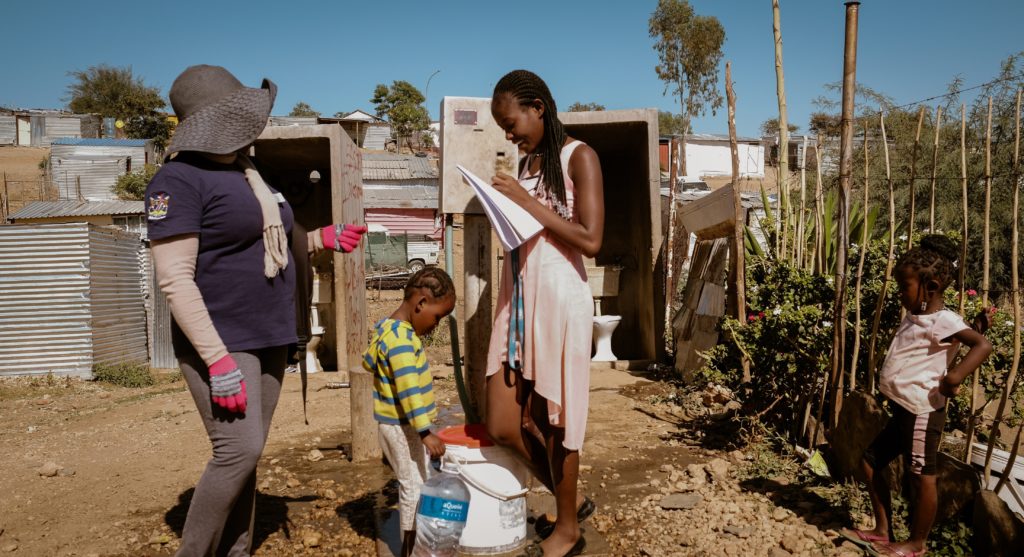 A DREAMS recruiter signs a woman up for the program while getting her daily water from a well in Namibia. In the first 10 African countries that have implemented DREAMS, a U.S. funded program, most districts achieved a 25 to 40 percent decline in new HIV diagnoses among adolescent girls and young women. Namibia is only one of six countries to reach global “90-90-90” targets for 2020 set by UNAIDS, the Joint United Nations Programme on HIV/AIDS. (Photo by Asha Stuart/GroundTruth)

MEXICO CITY and NEW YORK — Inad never planned on being an AIDS advocate. He was set to become a lawyer, enrolling in law school in Mindanao, an island in southern Philippines. But in 2011, in the middle of his studies, he received the news that changed that trajectory. Inad found out he was HIV positive.

While effective treatment for HIV was available globally in the form of antiretroviral therapy (ART), Inad, who asked to use only his first name to protect his privacy, didn’t know where to go in Mindanao to get it. “I was really facing the challenge of how to access my antiretrovirals,” he says. “I visited one hospital after the other.”

Inad finally obtained ART more than a month after receiving his initial diagnosis. It was in a health clinic three hours from his home. Even though Mindanao is the second-largest island in the nation, at the time only one or two treatment hubs existed, he says.

“I have actually known people, friends of mine, who have died of the AIDS infection because they were not able to access medicines on time.”

Places such as Inad’s native Philippines, which has the fastest growing HIV epidemic in the Asia-Pacific region, are a reminder of how much work remains to be done in the global fight against HIV and AIDS. While there has been tremendous progress since the early days of the disease in the 1980s and the condition is no longer a guaranteed death sentence, the epidemic is still far from over in many places around the world.

The most recent global report from the Joint United Nations Program on HIV/AIDS (UNAIDS) calls for greater urgency in addressing the epidemic, since worldwide gains have slowed down. Globally, 37.9 million people were living with HIV in 2018; however, the number of those on antiretroviral treatment was only 23.3 million.

“On the one hand it’s quite remarkable how far the (global HIV) response has come, so that’s the good story,” says Jennifer Kates, senior vice president and director of global health and HIV policy at the Kaiser Family Foundation. “The harder story is it doesn’t mean that we’re where we really need to be to make the permanent mark that is needed.”

As countries look to accelerate progress in ending their HIV epidemics, examining other countries, cities and regions that have seen significant success in their responses may provide road maps to achieving this type of success elsewhere.

One place to start is with the six countries – Botswana, the United Kingdom, Denmark, Eswatini, Namibia and the Netherlands – that have reached the global “90–90–90” targets for 2020 set by UNAIDS. That is when 90% of people with HIV in a country know their status, 90% of those diagnosed are on treatment, and 90% on treatment are virally suppressed, meaning they can’t pass the virus on to someone else. In addition, up to 13 countries that have a high burden of HIV, mostly in Africa, are poised to control their epidemics by next year, according to the President’s Emergency Plan for AIDS Relief (PEPFAR) 2018 annual report to Congress. That is when new HIV infections fall below the total number of deaths from all causes among HIV-infected people.

“There are some great countries that have reached 90-90-90, Namibia, Botswana, places that are able to do HIV treatment at large scale with truly limited resources but really tremendous engagement of both government and public sector services, as well as communities,” says Dr. Jared Baeten, vice chairperson and professor of global health and an HIV researcher at the University of Washington in Seattle. “The places that have done it well recognize that it’s not just any one thing, but it’s layering a bunch of things together.”

Baeten says a number of African countries are delivering HIV treatment at the community level through community health workers or community groups, a strategy that expands access to treatment and helps decrease the pressure on overburdened clinics.

Those new approaches are more important than ever, as countries show mixed results toward achieving global HIV goals, including a U.N. target to end the AIDS epidemic by 2030. Some countries have made impressive gains, in part thanks to their governments’ increased political will to tackle the disease and U.S. and global funding to support these goals. Other countries, however, are still seeing rises in new HIV infections and AIDS-related deaths. At the current rate of progress, few countries will meet the global goals to curb the epidemic.

A report released by leading health organizations at a major global HIV science conference this past summer provides further clues on how countries can accelerate their progress. In Thailand, for instance, the government launched in 1991 a national campaign that made condoms widely available. The country’s commitment to ART began soon after, and in 2006 the inclusion of the drug in universal health coverage expanded access to treatment even further. To make additional strides, efforts to expand use of the powerful drug regimen called pre-exposure prophylaxis, or PrEP, will be critical.

“Across Asia they look at Thailand as a model of how to deliver HIV services,” says Inad, who now works for an organization focused on HIV/AIDS advocacy in Asia and the Pacific. He’s based in Bangkok, where he says there’s a very active partnership between the government, HIV research institutions and community-based organizations.

Besides Thailand, the recent report also highlights places as diverse as Malawi, New South Wales, Australia and San Francisco as bright spots in the global HIV response. While those locations have achieved progress in different ways, the report identifies four common contributors to their success:

Mitchell Warren, executive director of AVAC, an organization that advocates for HIV prevention to end AIDS that contributed to the report, says it’s this last attribute that is the most crucial. Without a conducive policy environment, community involvement in the programs and efforts to address HIV stigma, he says, treatment and prevention efforts will be severely hampered.

“The bottom line is that it is not easy anywhere, but it is possible in all of those locations, in all of those populations, that every demographic group and every geographic part of the world could do this.”

Much of the global success so far in combating the epidemic can be attributed to the coordinated efforts of the Global Fund to Fight AIDS, Tuberculosis and Malaria, an international financing institution that provides grants to countries to address HIV, and PEPFAR, the U.S. government’s interagency initiative that works in more than 50 countries to fight HIV globally. Despite concerns over a lack of global funding for the disease, the Global Fund, which was up for replenishment this year, raised $14 billion, the highest amount ever for the partnership.

The U.S. is the single-largest donor to international HIV efforts, including being the biggest donor to the Global Fund and its support of PEPFAR, with funding totaling more than $90 billion to date.

“There’s an urgency that we have now as we go into the last year to get these countries to epidemic control for the UNAIDS goal,” says Polly Dunford, director of the Office of HIV/AIDS at the U.S. Agency for International Development, one of the agencies involved in PEPFAR’s implementation. “PEPFAR has been the main driver I think internationally in terms of expanding access to antiretroviral treatment and ensuring that emerging best practices are rolled out internationally. A critical, critical role.”

To help end the epidemic, the international HIV and AIDS response has changed its strategy from the early days, adds Dunford. They’re now taking a more-targeted approach, using data to determine where the crisis remains, and then working closely with governments and communities to establish effective interventions and policies to reach those pockets of the population.

Another factor that could help accelerate global progress are biomedical innovations, including potential new products to tackle HIV such as broadly neutralizing antibodies, or innovations that improve the delivery of HIV prevention and treatment medications or make these drugs easier to take, be it a longer-lasting injection or an implant or vaginal ring that slowly releases the drug over time. Currently both PrEP and ART require daily pills, which can be a hurdle for some in sticking to their medication.

Baeten works on developing some of these new HIV prevention tools, including a vaginal ring, at the University of Washington.

“If we could get those (medications) to even more people than are getting them right now we could begin to have big impacts on the HIV epidemic,” he says.

While those innovations are still years away from coming to market, and a vaccine even further away, some experts say they signal a new phase of the HIV and AIDS response, one that could have a massive impact around the world.

“For a long time it was just get treatment to people. Then it was, how can we make treatment better and easier so that now treatment is one pill a day,” says Kaiser Family Foundation’s Kates. “Now it’s how do we scale up at the levels that need to be scaled up and overcome the barriers that individuals may face, what are better modalities for delivery? That’s exactly the next phase here.

“That’s exciting and could make a huge difference while scientists continue to try to identify a cure and a vaccine, which can really be the ultimate game changers.”

This story was produced by The GroundTruth Project as part of its series, “Ending the age of AIDS,” made possible with support from the Solutions Journalism Network. 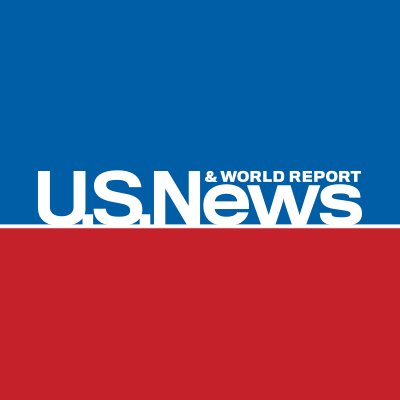