ON THE GROUND IN COLLINSVILLE, IL

The promises and challenges of legal marijuana in Illinois 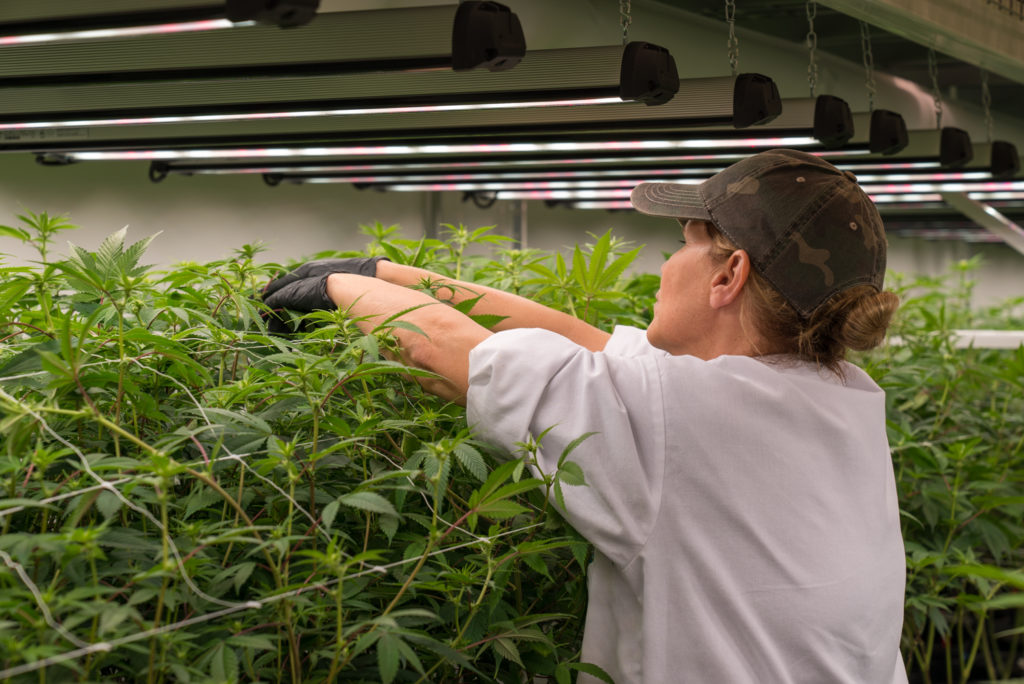 COLLINSVILLE, Ill. — It was 6:30 a.m. on New Year’s Day and the line was already long. Hoards of people packed themselves into a small queue constructed from steel barriers outside the Illinois Supply and Provisions marijuana dispensary in Collinsville. The metal maze could hardly contain the crowd. Hundreds of eager people flowed into a growing line that snaked down the sidewalk, its tail winding out of sight.

A combination of human breath and cigarette smoke wafted above the crowd in the frigid January air, illuminated by the first sunrise of the decade. They’d queued for hours just to be among the first people to buy recreational marijuana in Illinois, legalized by the legislature in May 2019 and signed into law last June.

Similar scenes played out across the state at dozens of dispensaries as they opened their doors for the first time to anyone 21 and older. The dispensary in Collinsville, though, was the only one open on the first of the year in the entire Metro East, a collection of smaller cities in Illinois that make up the eastern suburbs of St. Louis, Missouri. It’s still the only recreational dispensary open to the more than two million adults in the larger St. Louis region. A second dispensary was licensed in mid-January, but officials haven’t set an opening date yet.

“It takes away all the anxiety,” said local Laura Foster as the dispensary line inched forward, adding that it quelled her fear of being ripped off by a street dealer and not knowing exactly what she is purchasing. “I never thought this would happen in my whole life.”

Foster represents how many local residents feel: tired of the stress and uncertainty that comes from buying marijuana illegally.

It’s a strikingly similar shift as occurred in Colorado in 2014, when the state started selling recreational cannabis. Consumers of the drug rejoiced because buying it became as trivial as going to the grocery store or post office. A larger cultural shift occurred too, as legalization also fundamentally mollified the arguments of marijuana skeptics. Those who opposed it became less vocal as the question of legality evaporated; the simple argument against cannabis consumption evaporated.

The national discussion around marijuana legalization has become more nuanced since 2014. Six years later, many of the same narratives that played out in Colorado are present in Illinois. As in Colorado, legal marijuana doesn’t enjoy absolute support in Illinois, though it’s difficult to know exactly how many people in the state actually want cannabis because Illinois legalized it through its legislature instead of voter referendum, the first state to do it that way. And though some residents oppose its sale in their local community, they aren’t opposed to it in general, and vice-versa.

“I don’t have a problem with individuals who use marijuana for recreational use, but I would rather it not be sold in my community,” said Tiffany Evans, a Fairview Heights resident who works in mental health. “People self-medicate. It’s not always appropriate.”

The legal change has forced locally elected leaders to grapple with how their communities will approach legal marijuana, and many here are just as wary of the substance as some Colorado politicians were. In the Metro East city of O’Fallon, the City Council barred dispensaries and other related business from coming in. Others are just as skeptical.

But communities in the Metro East have faced years of population decline and difficulties making back the money that leaves with it. For years, the state has had perennial budget issues, like funding infrastructure projects and pensions. Legal marijuana represents some salvation.

“Personally, I’m not a fan of [marijuana],” said Anthony LeFlore, an alderman of Fairview Heights, another Metro East city. Despite his personal feelings, LeFlore voted to allow recreational cannabis sales in his city. He sees its potential as a source of new revenue for his community. “It’s legal at the state level and you got an opportunity to earn some money for the city, so why not?”

In deciding if they want dispensaries, cultivation centers or other related businesses in their city, and where those ventures could open in their communities, cities and their leaders have the potential to open up a new revenue stream for their municipality, potentially outweighing personal reservations.

Indeed, there’s quite a bit of money to be made. By the end of the first day of sales, Illinois had sold more than $3 million in legal weed, and would sell more than $10 million in the first week of legal sales. Those sales are then taxed by the state at 10% for THC levels below 35% and 20% for THC levels over 35%, and counties and cities can also levy up to 3.75% taxes on sales of the product.

For now, the state’s gamble on finding new revenue from legal marijuana sales appears to be paying off. Illinois cleared nearly $40 million in the first month of marijuana sales. That’s more than Colorado sold in its entire first month.

Demand for cannabis in Illinois is outpacing supply, for now, though supply bottlenecks aren’t a reliable measure of the industry’s health. That problem will subside as cultivators work in the next few months to expand their operations and meet the high demand.

“The larger question is, ‘Are there enough dispensaries, and is there enough access to this product,’” said Adam Orens, founder of the Marijuana Policy Group in Colorado. “If there is not, people will stay with their pre-existing illicit relationships.”

Broad access and competitive prices are the biggest predictors of a new recreational cannabis industry’s continued success, Orens added. Conservative estimates project Collinsville will rake in between $1 and $1.3 million each year from its single dispensary, Illinois Supply and Provisions, its line still present out front.

Eric Schmid is a Report for America corps member covering the Metro East for St. Louis Public Radio. Follow him on Twitter: @EricDSchmid.