ON THE GROUND IN BYRON, IL

The nuclear option: An Illinois town fights to save its power plant 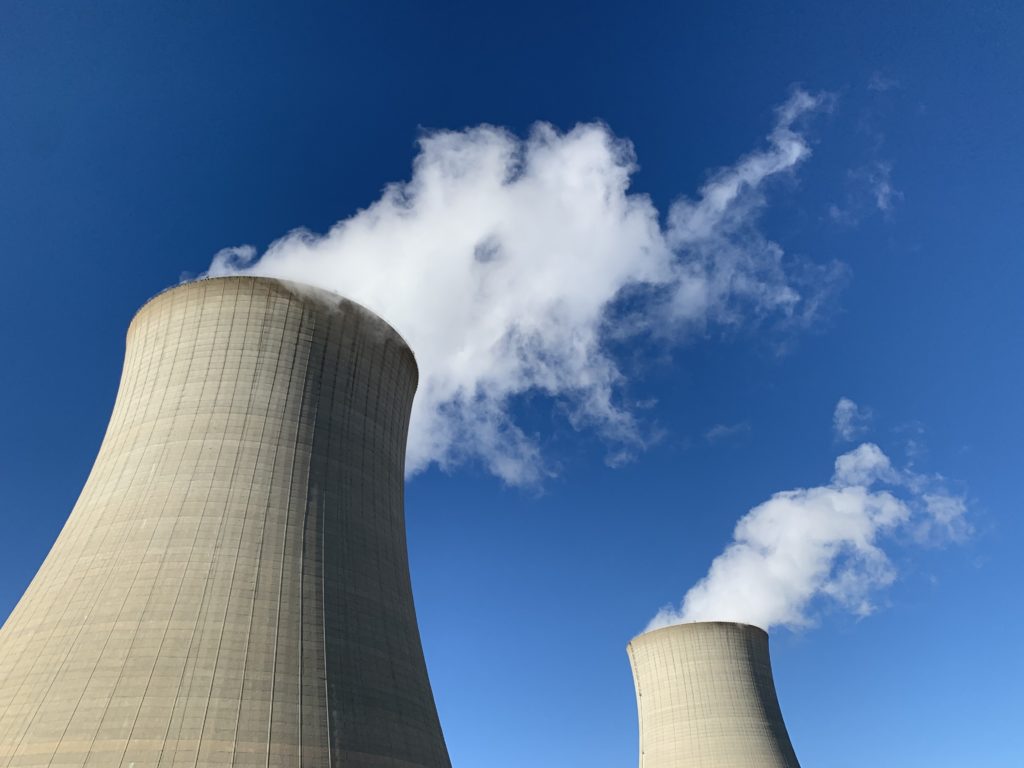 DEKALB, Ill. – At the end of August, Ashley McGarry heard the news that Exelon Generation planned to retire the Byron Generating Station, the nuclear power plant about an hour and half west of Chicago. But it wasn’t exactly ‘news’ to McGarry; she’s from Byron, and for her it’s more of a headline that gets recycled every few years.

McGarry, a 2nd grade teacher at Mary Morgan Elementary, is also the union president of the local teacher’s union, the Byron Education Association (BEA). She says she started getting the usual worried calls and thought to herself, “We’ve been here before, we’ve heard this before.” So the latest announcement barely even caught her attention.

But then there were more calls. And, soon, a worker at the power plant, one of McGarry’s former high school classmates, called her and said things were more serious. She said that, “within days, he was on the phone talking to me, and we were making plans.” It was a town-wide game of “telephone,” and the plan soon turned to how to save the power plant.

A closure of the nuclear plant would mean the loss of thousands of jobs in the region, and millions in tax dollars that pay for the local school district, firefighters as well as other government agencies.

The official announcement from Exelon promised to shutter not just the Byron nuclear power plant, but also another near Morris, Illinois just southwest of Chicago. Together, that would mean powering down four nuclear generation units that provide zero emission energy to some four millions homes and businesses across northern Illinois. Byron station would shut down by September of 2021, and Dresden would follow behind it before the end of the year.

Although the facility is licensed to operate for two more decades, Exelon cited declining energy prices, current regulations and competition with fossil fuels as giving them no option but to retire the plants prematurely.

Last year, Exelon reported over $9 billion in earnings. A fraction of which translates to around three quarters of the funding for most taxing districts in Ogle county.

The announcement came on the heels of a federal investigation into a bribery scheme in which ComEd—a subsidiary of Exelon— exchanged jobs and contracts for legislative influence with the Illinois Speaker of the House, Mike Madigan. Earlier this summer, ComEd agreed to a deferred prosecution and paid a $200 million penalty.

Barton says before Exelon’s announcement went public, a representative from the company gave him a courtesy call to give him the heads up. Not long after the news hit, Barton and the school board and some other community stakeholders formed the Byron Station Response Committee. The group’s goal was to start mobilizing the Byron community around saving the plant and pushing legislators in Springfield to vote in favor of the power plant during the upcoming spring legislative session.

For Barton, it’s hard to overstate the kind of crater the power plant would leave behind in terms of lost tax dollars. “Almost three quarters of $1,” Barton continues. “So approximately 74% of our revenue comes from that plant.” And he said that’s just for the school district, but that the 75% funding figure is more or less consistent with the rest of the local taxing districts too, which includes the fire department, the forest preserve district, and the library district.

An economic impact report recently released by Northern Illinois University reported that closing the power station would cost the region some 2,300 jobs and hundreds millions of dollars annually.

The report shows that the Byron Station’s contribution to the Ogle County economy is estimated to be $338 million, nearly 17% of the gross domestic product. But the immediate blow would be a loss of 717 jobs at the plant, which translates to $97.5 million annual employee compensation.

The study also shows that the effects of the closing wouldn’t just be limited to Ogle county. About 75% of the 717 employees of the plant live within Ogle, Winnebago, and Lee counties.

For Barton, losing the power plant would also be a huge loss for clean energy in Illinois. Barton says, “that plant not only offers clean energy, in terms of not burning carbon, but it’s also very, very, very reliable.” Barton says that the plant is online nearly 97% of the time.

McGarry agrees, she says, that ‘sure’ maybe the district loses some local tax dollars but that in the long-run the district will be ok, they might just have to tighten up their belts. It’s the loss of nuclear energy that she thinks is the real shame.

“Getting rid of that plant will really increase our need for other types of resources that are carbon emitting, that are using our natural resources,” McGarry continues. “And that’s really, I think that’s really the doom and gloom of it all.”

What’s more, in Illinois the state prioritizes funding for schools with the least percentage of local revenue and guarantees that they get at least the same amount of funding that they did the year before. And due to concern about the plant closing one day, The Byron School Board moved a lot of money around towards keeping a reserve.

So for McGarry, it’s the workers at the plant and everyone else that relies on it that she’s worried about.

But she says that no matter what, people in Byron will be ok, this whole scenario has played in the back of their mind for years.

“We’re the ultimate doomsday preppers, they should make an HGTV show or Discovery Channel show about us.”

Juanpablo Ramirez-Franco covers labor and housing for WNIJ Northern Public Radio. This dispatch is part of a series called “On the Ground” with Report for America, an initiative of The GroundTruth Project. Follow him on Twitter: @__juanpab.

Related: Deep in the heart of Texas oil country, some hope for a Trump victory like their life depends on it