Testifying before a House Subcommittee in 1993, Donald Trump leaned into a pair of microphones and claimed that casinos on Native American reservations were overrun by organized crime.

Historians behind a new book, “All the Real Indians Died Off,” argue that many Americans are like Trump in that they imagine Pocahontas or a feather-capped chief in war paint when they think of Indigenous people.

“It goes back to the idea that Native people are relics of an unchanging, frozen path, so therefore [they] can’t be modern,” said Dina Gilio-Whitaker, one of the book’s authors.

But Native Americans – who make up about two percent of the nation’s population across 566 federally-recognized tribes – are more likely to lock their doors at night than shut the flaps of a tipi.

The first myth Gilio-Whitaker and her co-author, Roxanne Dunbar-Ortiz, take on in their book is the idea that there aren’t any Native Americans left after settlers docked on North American soil in the 15th century.

“The elimination of the continued existence of Native people has been very successful and just obliterating,” said Dunbar-Ortiz. “You can’t keep that origin myth of the United States intact if you bring the Native person into it. It’s a conundrum for the society.”

As the authors put it in their book, “No myth about Native people is as pervasive, pernicious or self-serving as the myth of the vanishing Native.”

These days, part of the problem could be how U.S. history is taught in schools.

87 percent of the nation’s history curriculum teaches K-12 students about Indigenous people before 1900, according to a 2015 study — creating the false impression that Native Americans ceased to exist thereafter.

“It’s those misconceptions of identity that are never talked about in classrooms, so in the vacuum of silence, the stereotype perpetuates,” said Sarah Shear, the study’s author and an associate professor of social studies education at Penn State University, Altoona.

In order to change that, Shear believes that the U.S. will have to acknowledge that it committed genocide against indigenous people.

“It would require people to come [to] terms with what the United States has done and continues to do, and there is a lot of people that don’t want that to happen,” she said. “This romantic story of western expansion had to have an enemy, and curriculums painted indigenous peoples as standing in the way of that.”

The two sides of that story unfolded yet again as protesters literally stood in the path of construction in Cannon Ball, North Dakota – an effort to prevent the Dakota Access Pipeline from being built. The pipeline would carry oil underneath the Missouri River and near the Standing Rock Sioux Reservation in a way that threatens the water supply and ancestral lands of the Sioux Nation.

Thousands of indigenous and non-indigenous people across the country showed up to participate in the protests, which became violent as authorities responded by unleashing dogs and using water cannons.

“Indigenous knowledge right now is getting attention,” Gilio-Whitaker said. “It’s recognized that indigenous people really knew what the f– they were talking about, and it’s it’s time to listen to them.”

On Jan. 24, President Trump signed an executive order to allow construction of the Dakota Access and Keystone XL oil pipelines – a reversal of President Obama’s decision to halt construction in December. About two weeks later, the U.S. Army Corps of Engineers gave final permits allowing construction to happen. Then in February, people were evicted from the Oceti Sakowin camp, the largest camp of protesters located near the Cannonball River. North Dakota Gov. Doug Burgum along with the U.S. Army Corps of Engineers issued the eviction because of possible flooding.

Though indigenous rights have made inroads with the mainstream media, it still may not have translated into a fully-educated public.

“The decades and centuries of silence and erasure has caused real problems in trying to bring issues like what’s happening in Standing Rock to light, because people don’t have the depth of context to understand how important this is,” Shear said.

For many, it’s that “lack of context” that still allows false images of Indigenous people to exist – the sports team mascots, music festival headdresses and Halloween costumes. 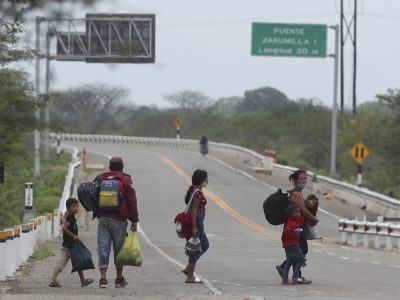