The GroundTruth Project welcomes award-winning, globally-recognized journalists to its board 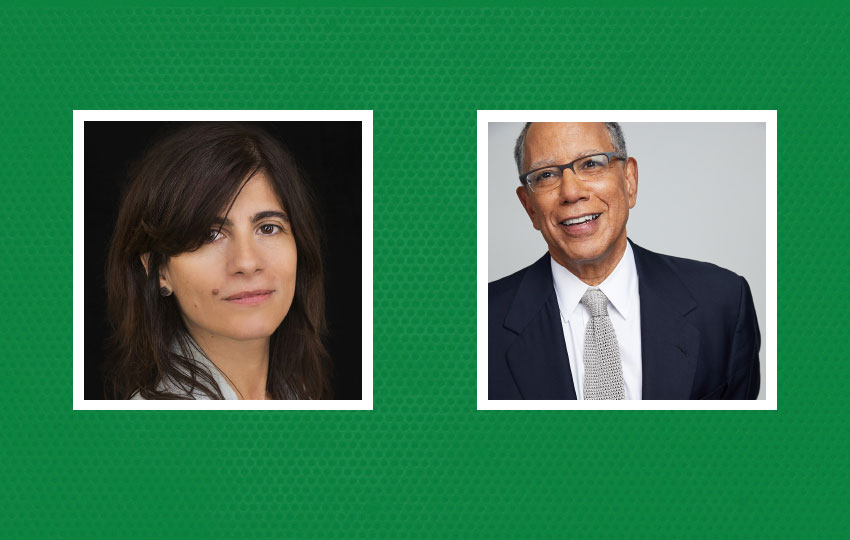 BOSTON, Sept. 20, 2022—The GroundTruth Project today announced the election of Dean Baquet, the former executive editor of The New York Times, and Graciela Mochkofsky, the dean of the Craig Newmark Graduate School of Journalism, to its board of directors.

The GroundTruth Project is an award-winning nonprofit journalism organization dedicated to rebuilding journalism from the ground up. Its flagship programs, Report for America and Report for the World, place talented, diverse journalists in local newsrooms to report on undercovered issues and communities.

“I am thrilled to have Dean and Graciela join our board. These two distinguished journalists will add greatly to our organization and community, and I look forward to tapping into their wisdom and deep commitment to the craft  — and impact — of outstanding reporting,” said Joanne Heyman, GroundTruth board chair, and the founder and CEO of Heyman Partners.

He previously worked at the Los Angeles Times, Chicago Tribune and The Times-Picayune in New Orleans. While at the Tribune, Baquet was awarded the Pulitzer Prize for investigative reporting when he led a team of three in documenting corruption in the Chicago City Council.

“What GroundTruth has done is to put reporters on the ground, in the places where they are desperately needed. First-hand reporting, witnessing, is the essence of great journalism, and its loss would be a crisis for democracy. I’m proud to be part of an institution that has done so much,” Baquet said.

Graciela Mochkofsky was recently appointed dean of the Craig Newmark Graduate School of Journalism by the City University of New York Board of Trustees. A native of Argentina, she is the only Latina at the helm of a graduate school of journalism in the United States. Mochkofsky joined the Newmark J-School in 2016 to launch the nation’s first bilingual, Spanish and English, master’s degree in journalism.

Mochkofsky is a longtime contributing writer for the New Yorker and The Atlantic, among other publications. In 2018, Mochkofsky won the Maria Moors Cabot prize for outstanding reporting across Latin America and the Caribbean.

“GroundTruth and the Newmark J-school have long worked closely on many fronts: a significant number of our alumni are Report for America corps members, several outlets we serve through our Center for Community Media are partner newsrooms, and we are aligned in our efforts to help build a stronger, more diverse news media industry that better serves the needs of the public,” Mochkofsky said. “I’m delighted to join GroundTruth’s board to strengthen our collaboration.”

Charles Sennott, GroundTruth’s founder and Editor-in-Chief, said, “Adding Graciela and Dean to our board is an extraordinary honor for us, and both of these journalists embody the spirit of our mission which is global and local and they are both true thought leaders on the future of local journalism.”