Opioids — a broad drug classification of substances derived from opium or man-made to mimic opium. Opioids include illegal drugs, such as heroin, and legal painkillers that a doctor can prescribe like oxycodone, hydrocodone, codeine and morphine. They bond to certain receptors in the brain, activating our reward system and elevating dopamine levels to create a sense of euphoria. Prescription opioids can be used to treat moderate to severe pain, when taken as directed, but they can be highly addictive. These legal painkillers are involved with more drug overdoses in the United States than any other drug, according to the Centers for Disease Control and Prevention (CDC).

Opiate — a drug derived naturally from opium that is used to relieve pain or induce sleep. Sometimes used interchangeably with “opioid.”

Heroin — an illegal opioid that can be highly addictive. It is derived from morphine – a painkiller found predominantly in the opium poppy – and typically sold on the street in a white or brown powder. Beginning in the late 1800s, heroin was toted as a non-addictive cure for morphine addiction. Today heroin is an illegal Schedule 1 substance under the U.S. Controlled Substances Act, with “with no currently accepted medical use and a high potential for abuse,” according to the U.S. Drug Enforcement Administration. Still, heroin use is on the rise in the U.S., with roughly three quarters of new users having previously abused prescription opioids. And it is a fatal trend: heroin-related overdose deaths have quadrupled since 2010, with 13,000 people dying in 2015.

Fentanyl — a synthetic prescription opioid used to treat chronic and severe pain (like that from advanced cancer) that is 50 to 100 times more potent than heroin and morphine. While available legally as a patch or lozenge, fentanyl is often sold illegally as a powder mixed with other narcotics like cocaine and heroin that boost the drug’s effect. Its potency also makes it appealing to drug smugglers, since the quantities can be smaller. Synthetic opioids like fentanyl are fueling a surge in drug-related deaths – between 2014 and 2015, the U.S. death rate from such drugs rose by more than 70 percent.

Suboxone — a prescription drug approved by the Food and Drug Administration to treat adult opioid addiction. It was among the first drugs to be able to be prescribed by a certified physician in an office setting as part of opioid addiction treatment, following the Drug Addiction Treatment Act of 2000. Suboxone is available as an oral film that dissolves under the tongue and made up of two chemicals that ease opioid withdrawal, the opioid buprenorphine and the opiate blocker naloxone. Because Suboxone is a narcotic, it also can be addictive and abused.

Buprenorphine — a semi-synthetic opioid drug used to treat opioid addiction as well as moderate pain. While buprenorphine targets the same opioid receptors in the brain as narcotics like fentanyl and heroin, its effects are less strong. It was the first medication approved to treat opioid addiction from a doctor’s office, as opposed to an inpatient clinic, and can be used on a long-term basis.

Naloxone — a prescription drug that can block or reverse the effects of opioids. Used alone, under the brand name Narcan (as a nasal spray) or Evzio (as an injectable), naloxone can mean life or death in an opioid overdose emergency. Combined with buprenorphine, naloxone can also be used to treat opioid addiction.

Methadone — a synthetic opioid drug used to treat moderate to severe pain and also opioid addiction. First introduced in the U.S. in 1947 as a painkiller, methadone is now widely used in treatment clinics across the country to help drug addicts recover from substance abuse by easing symptoms of withdrawal and blocking the effects of opioids. Recovering addicts can stay on methadone for years

Codeine – a prescription opioid derived from opium and used to treat mild to moderate pain.

Hydrocodone — a semi-synthetic prescription opioid made from codeine that is used to treat moderate to severe pain. Combined with the pain reliever acetaminophen, hydrocodone is marketed under the brand names Vicodin, among others.

Morphine — First isolated from opium in the early 1800s, morphine was used into the 20th century as a panacea to treat ailments of all kind – pain, cough, even baby teething. Today morphine is still called the “gold standard” for pain management and is the most widely used painkiller around the world, listed by the World Health Organization as an “Essential Medicine.”

Narcotic — While “narcotic” (which comes from the Greek word for stupor) can informally stand for drugs that dull the senses and relieve pain, the Drug Enforcement Administration defines narcotics as “opium, opium derivatives, and their semi-synthetic substitutes.”

Opium — For thousands of years, people have turned to the opium poppy for pain relief. Today, grown predominantly in Afghanistan, opium is the natural source for drugs like morphine, codeine and heroin.

Music from the Podcast

Another Shot (The Fix Theme Song)

Written and produced by Joaquin Cotler
Arranged, mixed and mastered for “The Fix” podcast 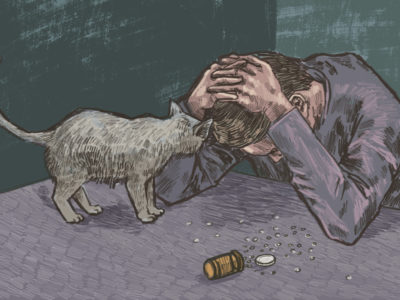 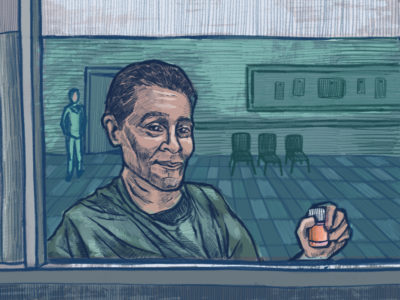 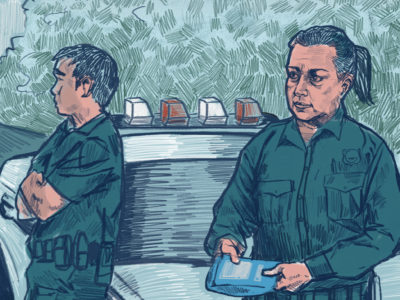 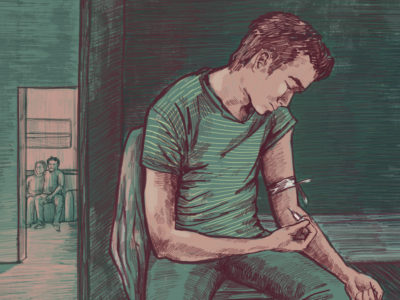