ON THE GROUND IN FAIRFIELD, WA

The fight for rural medicine in Washington state: ‘symptom of a bigger problem’ 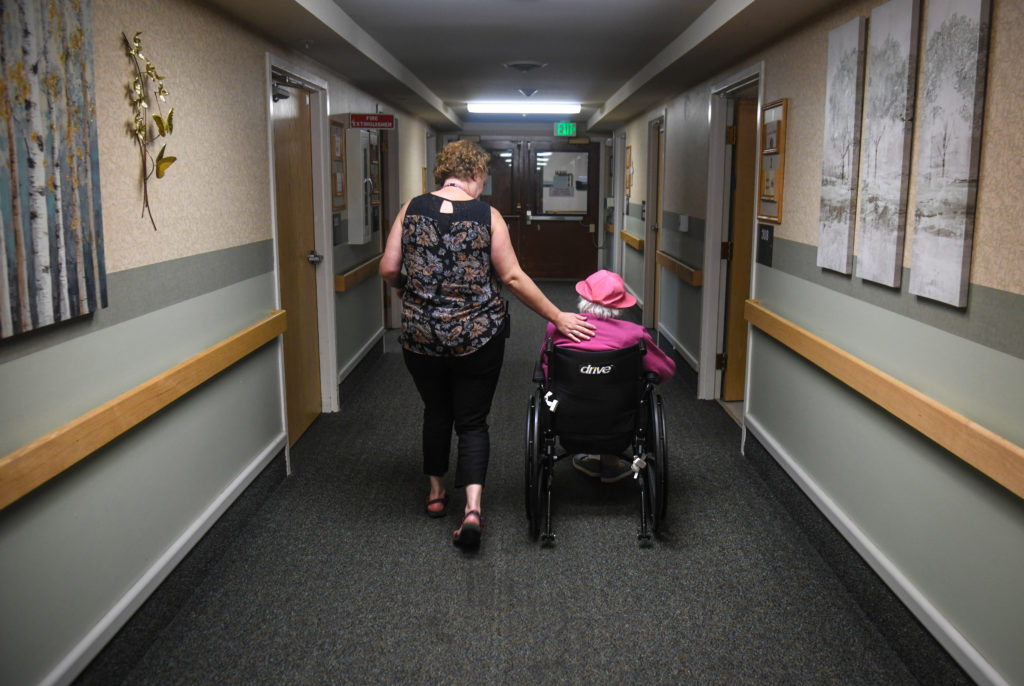 FAIRFIELD, WA — Drive 20 minutes south of Spokane and pine trees give way to rolling hills, which in fall are golden with remnants of the wheat harvest and in winter dusted with snow. This part of eastern Washington state is the beginning of the Palouse region. Its small farm towns once thrived but now struggle to offer essential services such as health care.

For decades in Fairfield, residents received care from a doctor in a community clinic on Main Street. Alongside a post office, community center (which doubles as Town Hall), drug store, bank and library, a stucco building where the health clinic used to be sits vacant.

Longtime Fairfield residents recall giving birth to their children at the clinic and visiting for regular checkups. But in 2019, after Kaiser Permanente acquired the health care group that operated the clinic, it closed and the doctor moved to Spokane, a 30-minute drive north.

The drive is reasonable for some Fairfield residents, but it’s not feasible for others. As the Spokane-based Spokesman-Review reported, the majority of residents at Palouse Country Assisted Living, one of Fairfield’s largest employers, cannot drive.

Nationally, more than one in five people over age 65 live in rural areas, Census data show, and in Washington state, 20 percent of people 65 and older live in rural communities.

A recent survey of rural southeastern Washington residents found that affordable dental and medical care were ranked the highest health needs in their community. Even in a state that has expanded access to health insurance, some families must choose between groceries or medications.

To fill the gap in services, satellite clinics and community health centers, sometimes open only a few days a week, operate in some of the most rural parts of Washington. Traveling physicians, nurse practitioners and physician assistants provide a first line of care.

Fairfield residents, including Mayor KayDee Gilkey, are fighting to bring the clinic back. Gilkey brought together community members last summer to discuss ideas for reopening the clinic, and lawmakers organized town hall meetings.

“I think the best way to put it is, we’re a symptom of a bigger problem,” Mayor Gilkey said about the economic pressures many small towns face.

Fairfield residents hope to survey the community to see if there is a large enough patient base to recruit a physician. And Gilkey and other community members continue to make phone calls, send emails and forge connections in hopes of finding a solution.

In the meantime, Fairfield residents must seek care in Spokane. Re-opening the clinic will take more time and patience, and the situation the community faces isn’t unique.

“I am pretty certain that this is not the last time that this is going to happen in our rural areas,” state Rep. Joe Schmick, who represents Fairfield, said. “So the question comes down to: how are we going to deliver health care to rural communities?”

Arielle Dreher covers health care for the Spokesman-Review. This dispatch is part of a series called “On the Ground” with Report for America, an initiative of The GroundTruth Project. Follow her on Twitter: @arielle_amara.

A version of this story appeared on USA TODAY on March 6, 2020