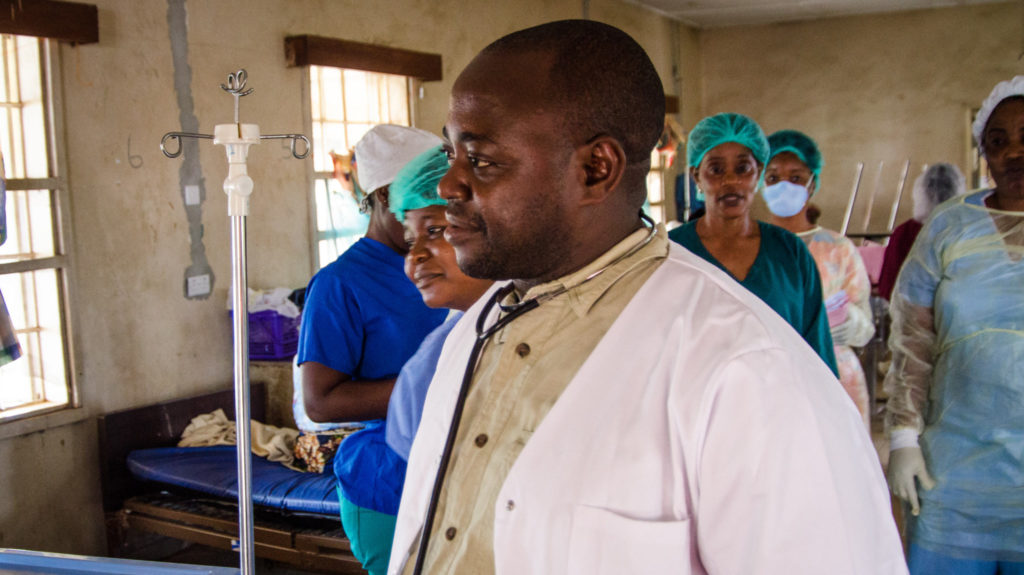 Rashida Kamara cannot recall a time when she didn’t want to be a doctor, even though in her home country of Sierra Leone only a couple dozen doctors are female. Kamara’s father attempted to persuade his daughter to pursue a more realistic career, but she was stubborn, and her grades were really good.

She won a grant to attend medical school from Sierra Leone’s government and graduated in 2011. Three years later, her former professor, a top virologist named Dr. Sheik Umar Khan, called her to discuss an Ebola outbreak occurring across the border Sierra Leone shares with Guinea.

Dr. Khan asked the young doctor to make the five-hour journey east to see him later that week for a crash-course on the deadly disease. She obliged. “I was in awe of him,” Kamara says of Khan. “He was more than a teacher, he was like your daddy telling you to knot your tie this way.” Khan told her to confront Ebola head-on: “This could be good for you. You have this passion, you can do this right,” he said.

“It was as if we were soldiers preparing for war.”

About a hundred doctors, nurses, and midwives congregated in eastern Sierra Leone for Khan’s training session. “It was as if we were soldiers preparing for war,” Kamara says. But she never expected the outbreak to explode like it did, and she never imagined that Ebola would take Dr. Khan at the end of July 2014. To her, his death was a call to arms.

Read the rest of this and more articles from The Next Outbreak, at Nova Next.