Why the tech industry needs people with disabilities — and vice versa 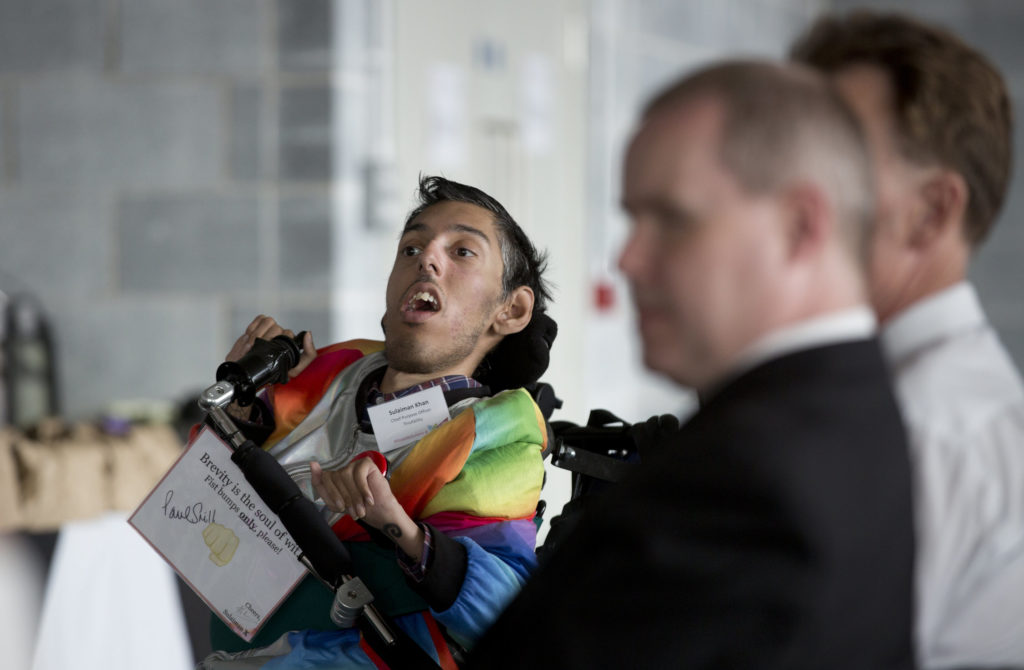 ORLANDO, Florida — For the roughly one billion people with disabilities around the globe, new technology can be life-changing — from robotic arms to eye-tracking sensors to tools that help those on the autism spectrum communicate their feelings.

Yet in the world of tech, so many companies fall short in designing products for those with disabilities and providing accommodations for a diverse range of employees.

Jennifer Zhang, Microsoft’s accessibility program manager, says companies that hire the differently-abled population are more likely to catch errors in products that others may not be trained to see.

In the early days of facial recognition, the technology couldn’t recognize dark-skinned people as human beings, a fluke largely attributed to an a lack of diversity: a overly-white testing pool and a team of white designers.

“Having people with disabilities in your company can minimize that kind of major miss in your products,” Zhang said.

When designing a product, you can’t always plan for how many users will find ways to use it — so it’s important to keep disability in mind, even if nobody asked.

Accommodations meant to benefit those with disabilities tend to benefit the project overall, Zhang said, especially with teams. “It really helps to make the development process smoother, better, and stronger,” Zhang said. “When you have people who come in from our autism hiring program, for example, people who have autism tend to really like crisp, clear, complete specifications for requirements. Honestly, all engineers like having that for software that they want to write.”

“If you have someone on your team who has autism, then you suddenly say, okay, all of the requirements that our team gets must be crisp, clear, complete, very easy to follow,” Zhang continued. “All of the engineers on that team benefit, [and] they’re happier with the development process.”

Because the word “disability” can mean a lot of things, Zhang says it’s also important to design things that can both accommodate a disability and advantage a range of users.

“Let’s take the [Americans with Disabilities Act] button on the wall that opens doors. If I’m holding a coffee and a laptop, do I try to awkwardly stick out part of my hand and open the door, or do I use my elbow and hit the ADA button and open the doors and go through smoothly and happily?” Zhang asked. “That is something that was designed for people who can’t open the door, but it has a range of usages for everyone.”

The Americans with Disabilities Act, or ADA, was the nation’s first comprehensive civil rights law addressing the needs of people with disabilities. The act, first passed by Congress in 1990, is the reason we have those ADA buttons on doors, ramps on sidewalks, and the prohibition of discrimination in employment, public services, public accommodations and telecommunications.

Yet the country still has a long way to go, especially when it comes to hiring workers with disabilities.

Data shows most companies aren’t keeping up, with employment levels actually lower than during the recession. According to the U.S. Dept. of Labor Statistics, participation for workers with a disability fell from 39.3 percent in 2009 to 34.5 percent in 2015.

A 2016 Annual Disability Statistics Compendium from advocacy group RespectAbility shows that only 35 percent of U.S. civilians with disabilities between the ages of 18 to 64 had a job in 2015, compared in 76 percent for those without a disability.

To solve that problem and encourage a pipeline, Zhang says companies should offer scholarships, hiring programs and career fairs to recruit. “We want to encourage the pipeline of people with disabilities who are going into technology,” she said. “We reach out to the different communities with disabilities and say, we want to hire you, we love hiring you.”

After all, technology is for everybody.

“Most people who get past a certain age develop disabilities, they hear worse, they see worse, and, selfishly, I want to be able to use technology when I’m 90,” Zhang said. “That’s something we need to think about.”

This story is part of GroundTruth’s “Women in Tech Leadership” reporting fellowship, produced with support from the Eos Foundation.