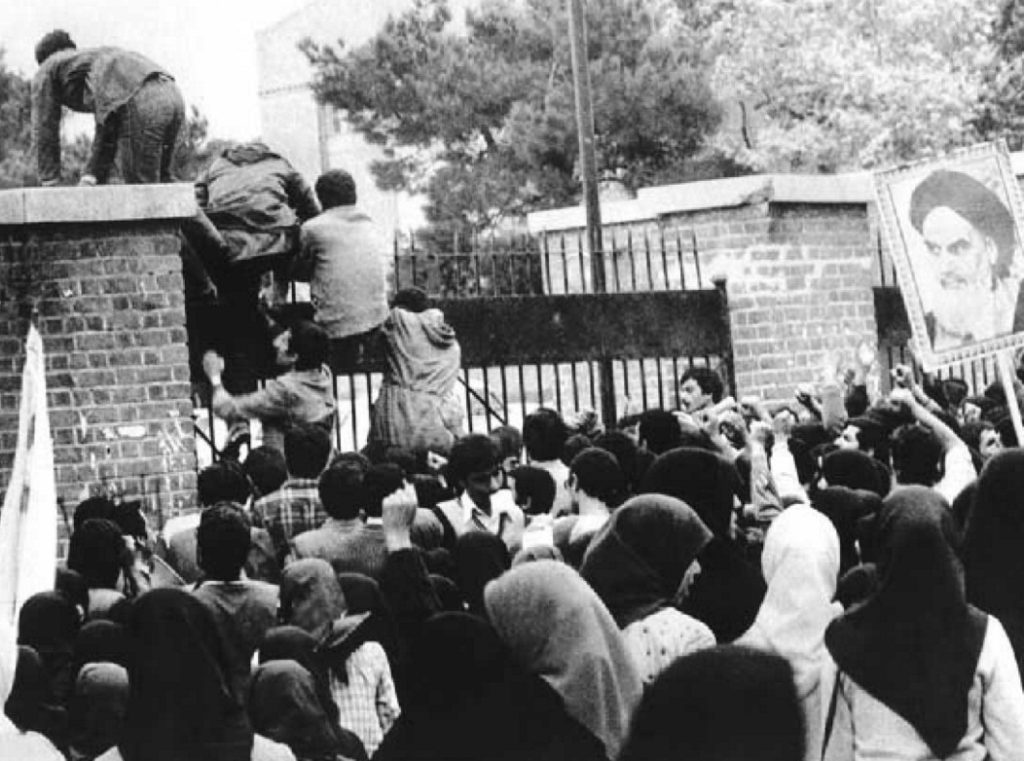 With the impeachment of the president and protests in the streets of Iran swirling in the news this week, it feels like a flashback to the 1970s. A disco ball from hell.

So what’s next? A return to bell bottoms? Studio 54 resurrected at the Trump International Hotel? A resurgence of the Pet Rock?

Donald Trump has definitely not proven himself to be a student of history, but it’s hard to believe that when he saw the television footage of protesters attacking the U.S. Embassy in Iraq last month, he couldn’t see history repeating itself right before his eyes.

And in Trump’s assessment, he knew he was not going to stand by and watch an embassy attacked as it was in Tehran in 1979 when hostages were taken and 52 of them held for 444 days. Trump knew he was not going to be seen as a “weak” president like Jimmy Carter, who watched how the crisis crippled his chances for reelection, culminating in the release of the hostages just moments after Ronald Reagan was inaugurated as president.

Some days it feels like Trump is taking the advice of the late Roy Cohn, his trusted lawyer and political henchman who also served President Richard Nixon, speaking from the grave and echoing the lessons of the 1970s across the decades to his protege: “Don’t be a wimp like Carter; be a better counter-puncher than Nixon.”

We too often forget that while Jimmy Carter may not have carried out a military strike to bring the hostages home, America did in fact see all 52 of the hostages eventually released unharmed. Trump doesn’t seem to care about such nuances of history and prefers to dwell in the pulsating disco lights of a 1970s time capsule. He dances into an imagined night until, that is, he sees in a flash of horror a Jimmy Carter scenario that could threaten his reelection. 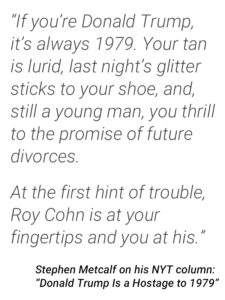 As Stephen Metcalf, host of the Slate Culture Gabfest podcast, put it in a New York Times Sunday Review piece: “If you’re Donald Trump, it’s always 1979. Your tan is lurid, last night’s glitter sticks to your shoe, and, still a young man, you thrill to the promise of future divorces. At the first hint of trouble, Roy Cohn is at your fingertips and you at his.”

And, as Metcalf wrote at the end of his piece, when Trump saw that flashback of 1979 and the grainy television memory of Iran taking down Carter, he must have decided at that moment he had to wake up and do what he felt needed to be done in the face of imminent danger to his political future: Take out Iran’s top general in a targeted killing.

As Metcalf concludes in his piece, Trump “overreacted, proving once again the man is nothing but the sum of his own insecurities.”

With the dark paranoia expressed in his Tweets and the hatred of the media and what he perceives as “elites,” it can also feel like Trump is morphing into a Nixon of the digital age. But Trump is not one to sit back and be defined by history. He wants to shape his own legacy and so he targeted Qassem Soleimani, the Iranian general who could lead an attack on an embassy. It seems he’s being coached by Cohn’s ghost on how to keep counter punching his way through an impeachment and a foreign crisis that threatens to engulf his presidency.

Trump’s obsession with Iran and 1979 was well-documented in The Atlantic last week, showing he has been talking about the hostage crisis since 1980, referencing the incident repeatedly straight through his time as a candidate into his last three years in the White House. Indeed, immediately after Iran threatened to take revenge last week for the killing of Soleimani, Trump shouted in ALL CAPS in a Tweet that he would attack “52 Iranian sites (representing the 52 American hostages taken by Iran many years ago).” He said that target list would include important cultural sites, which would, of course, as even his own advisers informed him, be a war crime.

At the end of the day, the impeachment of Trump and the crisis in Iran are woven together to create the fabric of a presidency that is tearing at the seams. He is proving himself to be an impulsive president who dismisses strategic thinking, the architect of a seemingly incoherent foreign policy that betrays decades of important international alliances and the development of international law. And what was once just baffling and jaw-dropping behavior is now becoming an unhinged set of policies with a profound impact on how America is viewed in the world. Trump now seems so intent on his own political survival that he is willing to erode whatever trust America once had among allies who are left wondering: what happened to America?