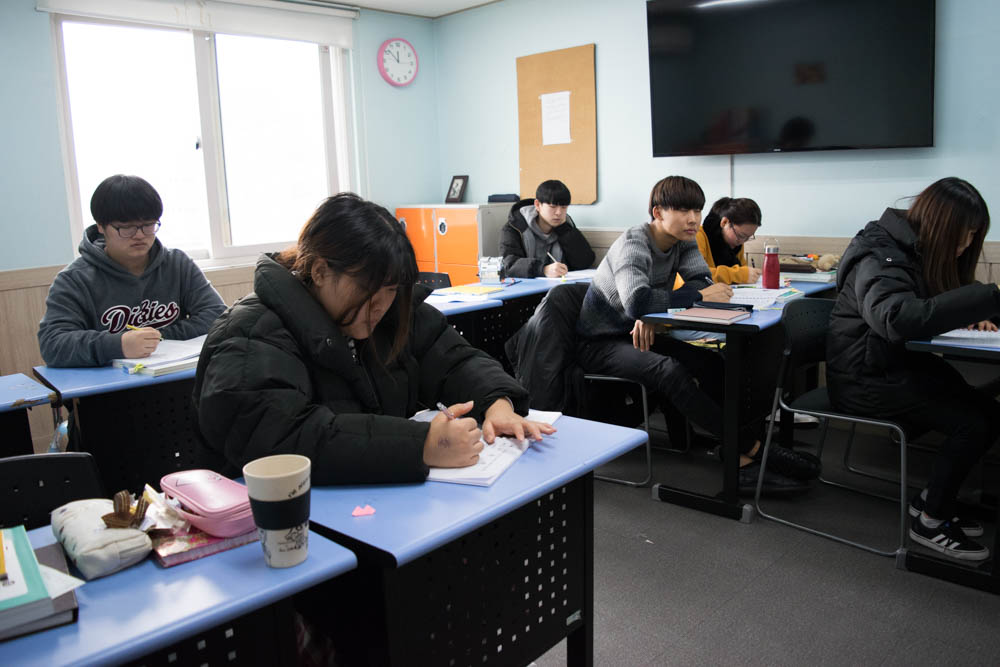 SEOUL, South Korea — Durihana International School occupies one floor of an unassuming office building in southern Seoul that blends into the residential units and neighborhood park surrounding it. Like other South Korean students, the children laugh raucously with their friends and dart in and out of classrooms during break time. However, unlike their South Korean peers, the students at Durihana are the children of North Korean defectors.

Durihana is a school run by South Korean Christians and is an alternative to South Korean public school. While the government provides defectors with basic services, North Koreans still face difficulties adjusting to South Korean life. Christian organizations and churches have played an important role in filling the gap to support defectors. However, these Christian groups structure their assistance programs based on different — and sometimes conflicting — philosophies about the role of evangelism and working to reunify North and South Korea.

Tongmiyeon is a 16-year-old Durihana student who moved to South Korea three years ago from China. She was born in China after her parents defected from North Korea. She is timid, but enthusiastic, and a fringe of bangs dusts her forehead. She says South Korean students treated her differently because of her accent and clothes: “There are biased feelings, and they give me bad eyes.”

Students like Tongmiyeon come to Durihana because they have trouble adjusting to South Korean public schools. The language, educational system and culture are different than what they experienced in North Korea and China. North Korean students are often older than South Korean students in public schools because of their inconsistent educational backgrounds. Tongmiyeon says Durihana was a more comfortable and welcoming experience for her.

“Everyone is in my similar situation, so we can always understand each other,” she says.

Why do North Koreans defect?

The 30,000 North Koreans living in South Korea endured perilous journeys to immigrate. The vast majority cross North Korea’s northern border with China to defect. Many defectors have trauma resulting from starvation, extreme poverty, witnessing death, torture, family dissolution, and stretches spent in refugee camps. Once they arrive in South Korea, many struggle with the adjustment.

North Korean defectors used to be heralded as heroes after the Korean War, according to a report by the Migration Policy Institute. Few defectors left North Korea for political reasons and were handsomely rewarded for providing the South Korean government with intelligence starting in 1962. However, after famine hit North Korea, a wave of defectors came to South Korea because of economic hardship starting in the mid-1990s.

“As the number of defectors increased, the government couldn’t support all the migrants,” said Professor Jin-Heon Jung, an anthropologist at Free University of Berlin as an expert in Korean Christian networks’ work with North Korean defectors. “The government decided it had to modify the existing social welfare system.”

Benefits for defectors were cut back from an average of $32,000 per defector to $9,000 in early 2005 to promote “independence, self-sufficiency, and self-support” among defectors, according the South Korean government’s Ministry of Unification. The government counted 1,127 North Koreans defected to South Korea in 2017, and 31,062 total defectors in South Korea.

Currently, defectors are interrogated upon their arrival and then complete 12 weeks of acculturation training at the Settlement Support Center for North Korean Refugees, known as Hanawon. Mental health evaluation and some treatment is provided. After defectors leave Hanawon, the government provides housing subsidies, tuition waivers, welfare and job training programs. Total direct payments to defectors in 2015 totaled more than $7 million.

Despite these support services, the South Korean government reports that suicide rates of North Korean defectors are triple those of South Korean citizens, and 15 percent of all defector deaths in 2015 were suicides. Four in ten defectors have depressive symptoms and half report at least mild anxiety, according to a 2011 study of more than 100 defectors. A 2005 study found that three in ten defectors have post-traumatic stress disorder resulting from trauma experienced in North Korea or during their defection.

North Korean defector Michael Kim, 29, said he was plunged into depression after leaving his life in North Korea out of fear of political persecution.

“North Korea is my hometown where my father and mother are living, and my friends are living and working. When I left I missed them horribly. I did not miss Kim Jong Un and the leaders of the North Korean government, but I was devastated to leave because the land is my hometown,” Kim said.

Seeing North Korean defectors as an avenue for reunification

“There is an intimate relationship between South Korean churches and this work,” Jung said.

The Rev. Chun Ki Won runs the Durihana school. He used to help North Korean defectors leave surrounding countries, but after he was arrested several times in China, he was forced to stop. He then decided to start the church and school for defectors. Around 50 students are enrolled, and most of them live in adjacent dormitories.

“I realized after rescuing North Korean defectors from China and leading them to South Korea that they don’t settle down properly,” Chun said through a translator.

Beyond teaching basic subjects like math, social studies and science, Chun instituted mandatory religion classes to teach the students Christian values. Chun admits that mandatory religious education is frowned upon in Western cultures, but said the ethical education is necessary for defectors.

“We teach them the purpose of their lives and their identity. We teach them why God made them to suffer, and that there is purpose in that,” Chun said.

Chun has also brought 45 defectors to the United States, including the first group of North Korean refugees to settle stateside. The ultimate purpose of his outreach and education is to reunify North and South Korea.

“We educate students because there is hope for them, and they could be the leaders for reunification,” Chun said.

Another organization that is actively working toward reunification in its efforts to assist North Korean defectors is Young Nak Presbyterian Church in Seoul. The church, which has 20,000 members, was founded by a North Korean who came to Seoul right before the Korean War. Around 70 percent of the members still have family ties to North Korea.

Young Nak does not help North Koreans defect, but works to support them after their arrival in South Korea. Among its many initiatives, Young Nak runs a night school for academically elite North Korean defectors in their 20s and 30s.

Volunteers teach English on weeknights when the rest of the church campus is quiet. One recent evening, several defectors met in a conference room under buzzing fluorescent lights. Each of them pulled out their workbooks to do basic listening exercises, and then introduced themselves using their English names: Kevin, Ray, Ryan, Andy and Michael.

“The students study all day, they work all day, and are tired. Those who come in the evening really want to work and they really want to learn. That’s the difference that makes them succeed,” the Rev. Christine Han, the school’s director, said.

Though Han is a pastor, she does not believe in evangelizing directly to the students. The students are not required to go to church. Instead, she said she hopes consistently serving the defectors will make them curious about why she is helping, and give her an opportunity to share her faith.

“We didn’t want to sit down with them with a Bible and say, ‘Did you know that Jesus Christ loves you?’ They were indoctrinated every day in North Korea,” Han said.

Secular critics of Christian organizations’ involvement with defectors accuse the groups of co-opting a human rights cause for evangelism opportunities. Jung said some Christian efforts come under fire for only helping defectors to create opportunities to proselytize, or for requiring that defectors convert to get assistance.

The Rev. Eric Foley said the Christian organization he co-founded, Voice of the Martyrs Korea, focuses on supporting existing Christian networks in North Korea instead of directly proselytizing.

Foley said Voice of the Martyrs tries to help North Korean Christians by providing services that they have requested: preaching in transition centers for defectors, employing defectors to run Christian radio broadcasts and sending balloons with Bibles written in the North Korean dialect.

“We’re saying to the underground Christians, ‘What do you need? How can we be helpful?’ We serve as their voice in places where it doesn’t typically resonate,” Foley said.

Foley also does not participate in helping defectors leave China or other countries because of the collateral damage they can cause, including that some parents are forced to leave behind children born abroad to embark on risky journeys to South Korea. He also takes issue with the idea that North Koreans are helpless or need to be “rescued” because he said it devalues the resourcefulness needed to survive in North Korea’s constantly surveilled society.

“North Koreans are either smart, or they are dead. There’s no in-between,” Foley said.

Foley said his work focuses on supporting Christians inside the current North Korean government structure and emphasizing that Koreans can still have freedom in their internal spiritual life even if they do not have freedom to physically practice it.

“Reunification may be a side effect, but it’s not the main goal,” Foley said.

Tongmiyeon, the daughter of North Korean defectors, said that though she likes the Christian teaching at the Durihana school, she is unsure about whether she wants to convert to Christianity. One thing she is sure about is that she wants reunification so she can meet her grandparents who live in North Korea.

“My mother cries a lot missing her family in North Korea,” she said.