What to do when a source asks to review your story 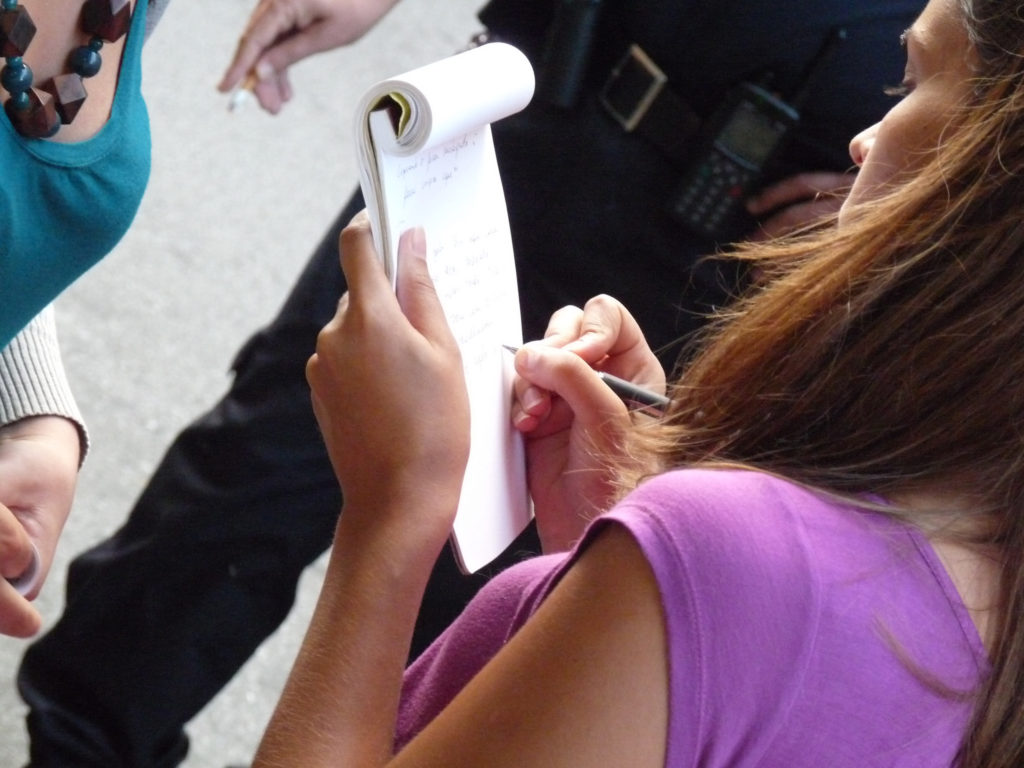 Most journalists, at one time or another, have run into the problem of having a source who wants to read your story before publication. Sometimes it’s hard to know how to respond, how much to disclose and how to treat your source respectfully without violating journalistic ethics. We talked to Pulitzer Prize-winning former investigative journalist Stephen Berry, author of “Watchdog Journalism: The Art of Investigative Reporting,” about how to handle this situation.

JD: When you’re in the process of interviewing, how much do you disclose about your story to your sources?

SB: I usually prepare what I call a storyline, which is a two to three sentence summary. So when I call a source or approach a source I give a two to three line summary of what I wanted to talk about. And that’s about all I tell them. There are some good reasons for that. You don’t want to, in any way, influence [your source’s] quote. You don’t want them to get any idea that you are looking for a particular slant or angle or answer. So the less information you can give, the more independent and unbiased quote you will get from them.

JD: What do you do if you have sources that push you to get more information about your story?

SB: I usually pushed those kind of questions away by saying something to the effect of, “Well, we’re still looking into it. We don’t really know what the answer to that is, and we don’t know where our story is going at this point. We’re just trying to gather all the facts and information that we can.”

JD: Once a story is done, how do you handle a source that wants to see the whole story?

SB: In short, the answer is just, “No, we don’t do that.” And here’s why. That particular request involves a fundamental question in journalistic ethics. One is that [the source] is asking for prior review. To grant that would be a violation of a very fundamental ethical demand that journalists and news organizations always have to protect their freedom and independence in gathering, writing and editing stories. We have to always be independent.

SB: It is a fundamental requirement that reporters seek the truth and report it. So in a way, prepublication review can help make sure that you are being totally accurate. If you let your source read your story, that would be one way of ensuring accuracy. However, the notion that you have to maintain your independence trumps that. There are many other ways you can ensure accuracy. If you have portions of the story that are highly technical or complex, you can read that portion of the story to the source and say, “Is this accurate?” But you cannot tell that source what the entire gist of the story is, or what the gist of your findings is. You only give them the portion of the story that you yourself are uncertain about. I wouldn’t let them physically see it, my preference is to always maintain control, and I would rather just read it to them, either over the telephone or in person, and to make sure that that particular paragraph is technically accurate.

If we’re talking about an individual quote, I’m very diligent during the course of the interview to read quotes back to people to make sure that I have understood them correctly. I also try to record every interview I have, so there is no question about misquoting people. But if there is any doubt about whether or not you quoted somebody accurately, you are ethically obligated to go back to that source and to check that quote with that person. A standard guideline is check it out or leave it out.

JD: Do you treat that situation differently depending on the topic of the story?

SB: No, because no matter what topic you have, you’re going to have questions and uncertainties about segments of the story. If you’re writing the story, the writing process is part of your own analytical process, so as you’re writing the story, you’ll be forced to analyze your information. And with that, questions naturally come up. Doubts might even come up, and that can happen whether it’s a legal story, whether it’s a technical story, or whether it’s a routine city council meeting. You have to be prepared to go back to the source and to clarify your questions in whatever way you can, but I cannot think of any reason where I would ever allow a source to take control of an entire story and to read it, and to edit it, and to pass on it. That’s getting them in the editing process, and that is a breach of ethics.

JD: How do you handle a source that insists on reading a story before publication?

SB: A source doesn’t have control over letting you publish. The story is yours and your news organization’s. The only thing [the source] has control over is whether they will talk to you or whether they will answer your questions. So if they say, “I will not talk to you unless you let me read the story,” or “I will not answer that question unless you let me preview or pass on how you actually use my quote in the story,” I try not to be confrontational. I generally say:

“I understand that you have some problems, but I need to tell you up front that for me to do that would be a serious violation of journalistic ethics. So why don’t we do this? Tell me what it is you’re concerned about, and let’s deal with specifics rather than something general. Is there a piece of information that you’re uncertain about or is there something that you’re worried about, that you think I don’t understand? Maybe we can talk about that and we can clear that up for you and make sure that I have understood you accurately or that I have understood the information that you have provided me accurately.”

JD: Is it okay talking to a source about the specific quotes of theirs that you’re using in a story?

SB: Yeah, under most circumstances. You have to realize, when somebody calls you up and they want to know how you are going to use their quote, I would steer away from saying how I’m going to use the quote, but I wouldn’t have any problems with reciting the quotation that I have, and they have to understand that you maintain control of that quote. You are not going to permit them to change that quote unless you also advise your readers that this person, post-interview, sought to change the quote. You have to be transparent.

JD: What if a source takes issue with the quote being used?

SB: If it gets to the point where a source actually wants to see how I’m going to put their quote in a story, then I would have to say, “Listen, here is what you said to me. And I know this because it is on a recording, or I know this because I double-checked it with you over the course of the interview. And I will read this back to you, but I am not going to change it if I think you’re trying to take back your quote.” And then if they say, “I didn’t say that,” here’s where I tell them what I’ll do. I say, “Okay, if you want to do that here’s what I’m going to do. I’m going to quote you as I originally understood you, and then I’m going to add another line. And in the second line I will say, ‘The source called back later and sought to clarify their quote in this way.'” That’s how I would handle that. And they could either agree with it or disagree with it. At that point, I tell them, “Well you need to take it up with my editor.”

JD: Are there any other reasons why prepublication review is not allowed in journalism?

SB: Yes, there are a lot of practical reasons as well. It’s a form of news management, primarily at the end of the news process, so if you give one source a prepublication review, it may not be any problem for that one particular story, but then word gets out, and the next thing you know you’re going to have another source come up to you and demand prepublication review, and you will say, “No, I can’t do that.” And they will say, “Well, I know you let so-and-so do that.” So you need to guard against that, particularly if you work in a small town where things like this get spread about.

Second of all, sometimes there’s simply not time for it. You’re frequently working on a deadline, and you simply do not have the time to go let a source read the story in advance.

A third thing is that sometimes it’s hard to even know what the word prepublication means. In the editing process, changes to the story, and sometimes significant changes to the story, can happen just before the story goes to press, or just before your editor pushes the publish button. So sometimes you’re reporting up until the very last minute, and when you report and you get new information, that changes things, and you may delete their quote. So it may be that the story that actually gets published is quite a bit different from the story that your source had reviewed prior to publication. That leaves you open to the source coming to you later, particularly if it’s a controversial story, and your source can come out publicly and say, “Look this story is just dramatically different from the story I read before they published. It’s inaccurate.” And they can use that as leverage to try to damage the credibility of your story.