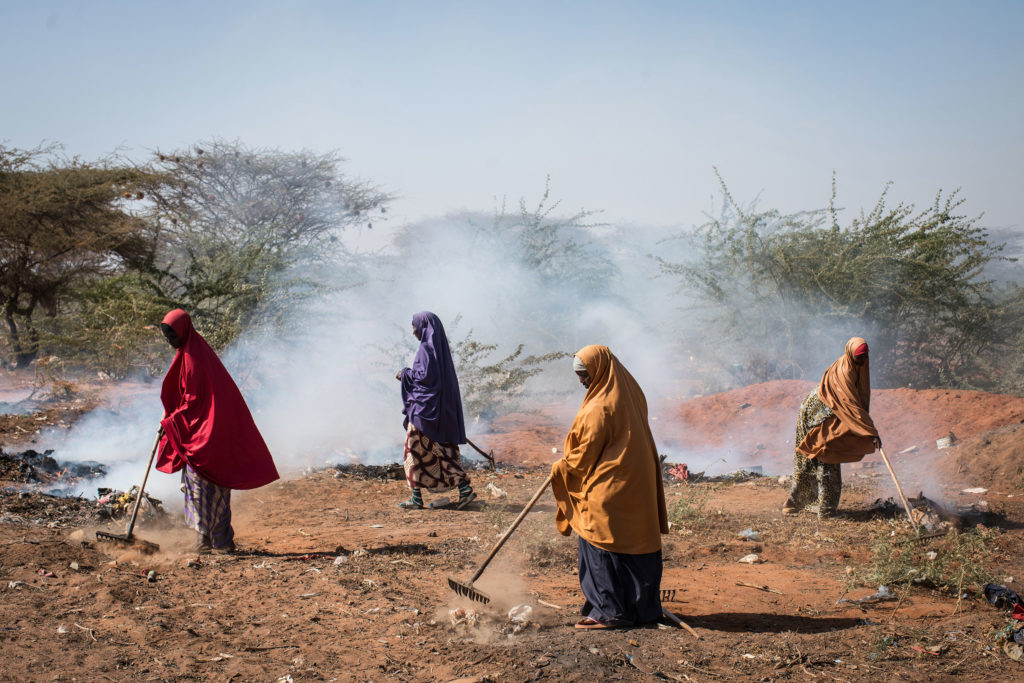 Somali women burn trash on the roadside in Dadaab refugee camp. Host to more than a third of a million people, Dadaab is the world's largest refugee camp. (Nichole Sobecki/GroundTruth)

The human consequences of climate change are the focus of this new season of GroundTruth. Reporting fellows Laura Heaton and Nichole Sobecki begin our journey in one of the hottest, driest countries on earth: Somalia.

For 25 years, drought and war have reinforced each other in a deadly cycle in Somalia. Environmental changes spark violence, and conflict leads to further environmental destruction.

With climate change, the underlying causes of Somalia’s long-running civil war are only getting worse. Refugees and a former al-Shabab fighter share their stories of adaptation and survival.

Extreme weather has always been a fact of life in Somalia. But the once-predictable weather pattern, with two rainy seasons a year, is changing. Drought experts estimate that average rainfall in the region is down about 15 percent, which wouldn’t make much difference in a place like Seattle or London. But in Somalia – a mostly desert country where people make the most from the few inches of rain they get – every little bit counts.

Access to water is one factor that researchers consider when measuring a country’s vulnerability to climate change. Availability of food is another. Somalia has challenges with both. The Notre Dame Global Adaptation Index ranks Somalia as the country most vulnerable in the world to climate change.

Looking deeper, climatologists have noticed a clear link between the rise in the surface temperature of the Indian Ocean and Western Pacific and drought in East Africa. What’s causing the sea surface temperature to rise? Research points directly to (manmade) pollution, like greenhouse gas emissions.

As Somalia gets hotter and drier (and also more susceptible to deadly flash floods when eventual rain hits the parched earth), the country’s natural resources are increasingly strained. Grazing land, trees for firewood and charcoal, water for people and animals – there often isn’t enough to go around, sparking conflict. This episode shows how violence committed in desperation – a murder over access to pastureland – can set off a cycle of retaliation and fighting that engulfs generations. Under such fraught conditions, many people are abandoning this lifestyle, moving to crowded urban areas, falling victim to extremism, or becoming refugees.

Special thanks to Tom Devlin, Phil Redo, Bob Kempf and Doug Shugarts at WGBH, and to PBS Frontline for archival audio from Somalia. 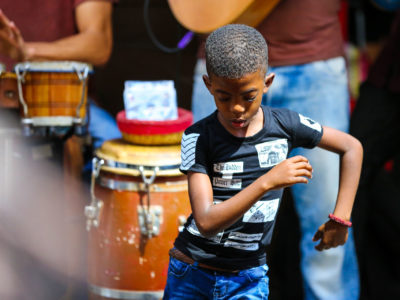