How a small team created a high-impact data reporting project 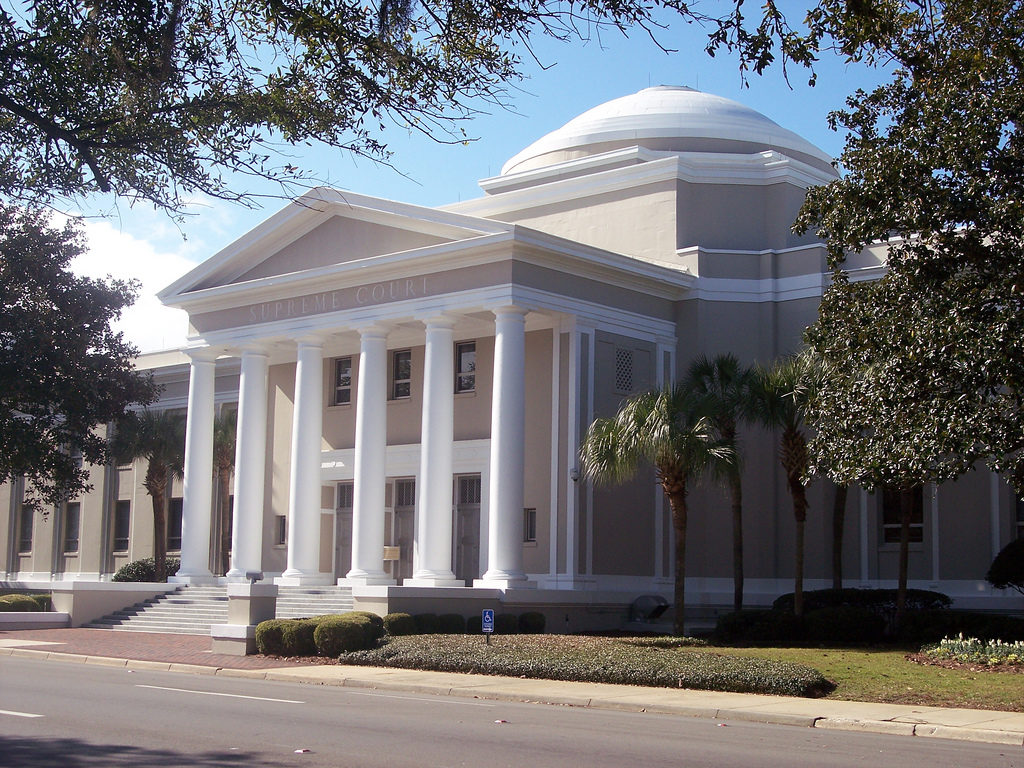 Katie Sartoris and her team had to search through boxes of archived cases to find the jury verdict records for the prisoners on Florida's death row. Pictured, the Florida Supreme Court. (jmv0586/Flickr Creative Commons)

We’ve talked in the past about spreadsheets and public records for data journalism. You don’t have to be in a big newsroom to do a compelling data-driven story. And you don’t need much experience in data journalism to report a story with far reaching significance.

Katie Sartoris and her team at The Villages Daily Sun in Central Florida started an investigation into Florida’s death penalty protocol in 2016, after a resident in their coverage area became the youngest person sent to Florida’s death row. Ten of the 12 jurors on his case agreed he deserved the death sentence. For every other crime in Florida, the jury has to be unanimous on sentencing.

“[My colleagues and I] were curious how many people were on death row without a unanimous jury. And we thought, ‘That shouldn’t be a hard question to answer. The state should keep track of that,’” Katie said.

It turns out the state did not keep an easily accessible record of jury sentencing decisions in death penalty cases, and it led Katie and her team had to create one. It was part of a comprehensive report on the implications of Florida’s non-unanimous jury sentencing standard for those on death row, the surviving family members of victims and the state’s taxpayers.

This interview was edited for length and clarity.

QK: How did you go about tracking down cases and making a database of all the death penalty jury sentences?

KS: We took all the names of everyone on death row and put it into an Excel sheet, and at the time there were 390 [names]. We used online [Florida] Supreme Court records and we used the Commission on Capital Cases. And a lot of those had the jury verdict, but a good chunk did not.

QK: Did you hit any roadblocks in trying to find the information you were looking for?

KS: With death penalty cases, there are so many appeals….Basically every case file has what happened beforehand, so you get these gigantic case files and if you don’t know what you’re looking for, it can be really overwhelming. Eventually we got it down to a bit of a science. Like, ‘We should be able to find the vote on this page after the judge reads out the sentence in the transcript.’

I think the first day we were in the archives we found only maybe four or five people’s jury votes.

QK: What were your conversations like in the newsroom about why people should care about what you’re reporting?

KS: We talked about that a lot. Who cares, why should we care, why should our readership care. At the end of the day, Florida has more exonerations than any other state for the death penalty. Proponents of the death penalty will say, “That’s because we have such a great appeals system.” But you’re talking about people who spent decades on death row and now don’t have a career or a family … because they were wrongfully [convicted].

We also approached it in terms of how much money it costs to sentence someone to death. We really tried in between our investigations to quantify how much it costs a circuit for a death penalty case.

We talked to conservatives concerned about the death penalty…and they compare it to a failed social program. [They say] so much money is spent on this and there is no actual result. They say it’s not a deterrent, there’s a potential for a person to go through this process, be sentenced to death and then appeal, and be exonerated or put in jail for life. Their argument is if we didn’t have the death penalty, if we only had life, we would be saving a lot of money prosecuting these cases.

And we presented in a way that…you should feel sorry for the victims’ family members. Because they are waiting years and years for justice they might never see…The victims family members are absolutely victimized in this.

QK: What was the response to the series?

KS: We got a lot of attention from journalism organizations and those kinds of things. I wouldn’t say it wasn’t the result of our reporting, but the legislature had to take up [the death penalty] because of the Supreme Court ruling.

Lawmakers had to decide how do we … make the death penalty constitutionally sound. And there was a debate over whether they wanted to make it a unanimous jury vote or a 9-3 or if they wanted to do a supermajority with 10-2, and our reporting was used in some of the testimony down at the legislature.

QK: Do you plan to keep covering local news with the Daily Sun?

KS: There’s so much opportunity at places like where I’m at now. It is a smaller paper, I started six years ago and this was my first full time job. And I have been given so many opportunities in terms of the work that I’ve been able to do, and I have grown as a journalist. I’ve won my first state awards here, I’ve won my first national awards here. There’s a lot of opportunity for journalists who care about local news.