Slave labor on the rise in Russia 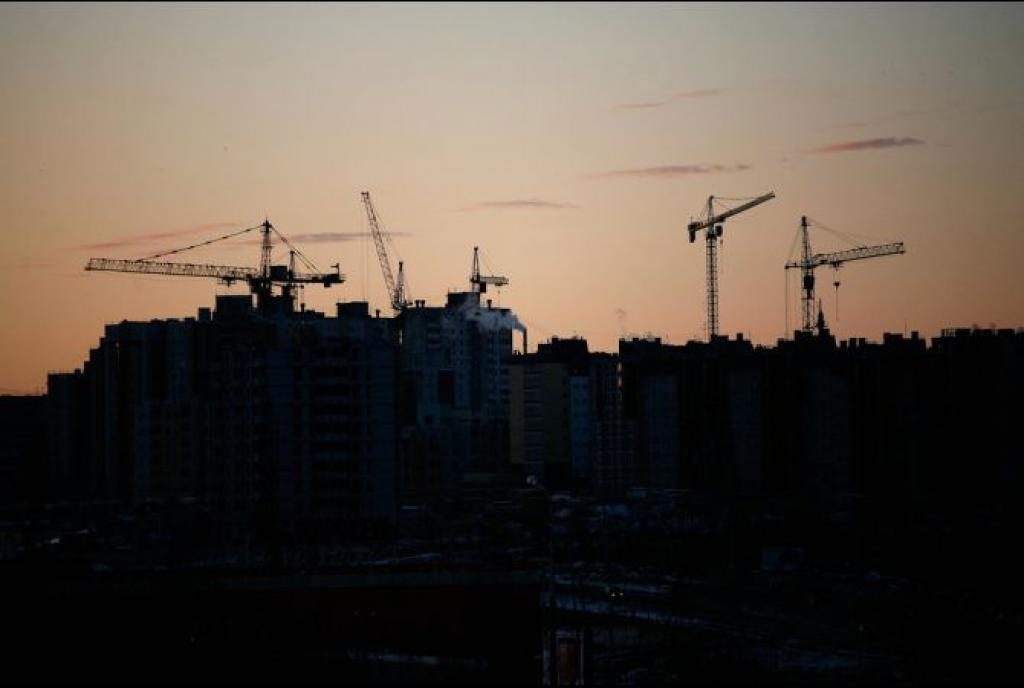 A general view over the city at sunset on November 16, 2011 in Volgograd, Russia. Volgograd, formerly Stalingrad, is one of thirteen proposed host cities as Russia prepares to host the 2018 FIFA World Cup. - ((Harry Engels / AFP/Getty Images))

VOLGOGRAD, Russia — As night settled over the southern Russian city of Volgograd, three weary figures emerged from the shadows of a wooded lot near a defunct bread factory on the edge of town. The men, unregistered migrant workers from Nukuz, an impoverished and drought-ridden city in former Soviet republic Uzbekistan, took turns speaking quietly while looking over their shoulders.

“We only go in the dark,” Shaidulla K., 38, said. “No one will investigate what really happened, they’ll just deport us.”

Russia’s recent economic growth has given rise to slave labor schemes enticing waves of migrant workers from Russia’s poor regions and former Soviet republics of Uzbekistan, Tajikistan and Kyrgyzstan. About 600,000 people in the country are considered trafficked slave laborers, according to expert estimates, lured by the false promises of enterprising middlemen into a murky realm where few legal protections exist.

“Slave labor is growing because the economy is growing,” said Vera Gracheva, the Organization for Security and Cooperation in Europe coordinator for combatting trafficking in human beings. “The need for labor is growing faster than supply of workers. The world economy is global, its interest is to exploit cheap labor.”

Globally the human trafficking business has been estimated to yield $31 billion annually, costing $21 billion in lost wages to the formal economy. While exploitation of trafficking victims includes forced prostitution, begging and illicit organ sales, forced manual labor has become the most widespread manifestation of human trafficking in Russia and has grown into a multi-billion dollar business in Europe alone.

Criminal syndicates who illegally import labor into Russia have tended to operate with relative immunity from government intervention, particularly in southern regions farther from Moscow, where anti-corruption efforts hold the least sway.

“These criminal groups have very strong roots,” said Mojumder Amin, president of the Federation of Migrants of Russia. “If the police break the law, who will enforce it?”

For over a month, Shaidulla, his cousin Muratbek K., 29, neighbor Karzabai Y., 41, and three of their friends spent their days demolishing old buildings on the outskirts of the city by hand for 300 rubles a day ($10). At night they relaxed, keeping to the unlit river bank. They feared that on the streets their dark skin could attract police attention and requests for identification and residency documents, which they did not have.

The men were promised lucrative agriculture jobs by an acquaintance who claimed to work with an employment company. They call him Shukhrat Amonov, although they suspect he uses a fake name.

Muratbek met Amonov during a temporary construction job in Russia last year. Migrant workers usually come to Russia for several months of the year to work in construction, farming, street cleaning and other temporary jobs.

At the end of last year Amonov told Muratbek to get a group of men together and come back to Russia to work.

The men, several of whom have worked legally in Russia before, obtained the proper documents in Uzbekistan and payed Amonov to organize work permits and registrations for them.

Amonov then brought them to a cattle farm near Nalchik, a city in Russia’s restive Caucasus region. There the men worked grueling 14-hour days for nearly three months, and were told they needed to work off the cost of their transport from Uzbekistan and work permits.

They were not paid as promised and suffered frequent beatings from the management and beatings by other employers of the farm who were not Uzbek, condoned by management, they said. Once an Uzbek man, who was not part of their crew but who was also trafficked to the farm, was beaten badly in front of everyone to scare the rest of the Uzbek workers, the men said.

After several appeals Amonov promised he would find the men another job and help them get the money they earned in their two months on the farm. He then brought them to Volgograd, a historic city on the Volga River. The six were paid 60,000 rubles ($2,041), but Amonov promptly asked for their money and passports to make new registration documents, keeping some of the men’s passports without explanation.

The men’s new boss, an Armenian construction site owner, checked their registrations and found them to be fake, the men said.

“What was our crime? We came with a company, paid for a work permit,” Karzabai said.

The three Uzbeks’ story is far from unique.

There are no official statistics on what industries use slave or trafficked labor, but today farms, cattle ranches and fruit orchards across Russia, especially the south, exploit such laborers the most, said Yulduz Atanyazova, the Uzbekistan project coordinator of the nongovernmental agency Migration and Law.

The native population in rural areas is dwindling, with young people leaving the countryside for cities. Men like Amonov have identified an opportunity to fill the labor void by illegally bringing in workers from areas where employment opportunities are scarce.

Construction is the second largest industry to profit from trafficked laborers. It used to be the largest, but as the industry developed the use of slave labor began to wane.

The scheme usually goes like this: The victim’s countryman, likely an acquaintance, gains his trust and promises to help find work in Russia, with a weekly salary of up to $500. Once the victim enters Russia, his passport is confiscated and he is made to work without pay. First he is told that he needs to pay off his transportation, but it’s really a way to prepare the victim for working for free, Atanyazova said.

Traffickers are a loosely organized crime network, without a definite structure, with many small cells comprised of people who do not seem connected to each other, experts said.

Lax law enforcement and rampant corruption make it easy for traffickers and those who profit from slave labor to get away clean. Traffickers pay the local police to look the other way, experts said.

The Federation of Migrants of Russia stopped working on the issue of human trafficking because they could not depend on support from law enforcement, the group’s president Amin said.

The traffickers make deals with the local police, bribes are exchanged, and police protects their operations, he explained. Three years ago federation employees were threatened when they tried to investigate a Moscow region construction site suspected of using trafficked labor. Local police did not help.

There are few victim support centers, all working independently of each other and independently of the government. Trafficked laborers usually do not seek support from authorities because contacting police will most likely end in deportation and fines.

The nearby former republics have made human trafficking a big issue, but Russia continues to ignore the problem, activists said. However, the high rates of unemployment and corruption in those republics make the trade in humans hard to control.

Russia signed the United Nations anti-trafficking protocol in 2000 as part of the UN’s convention against transnational organized crime. But Russia is one of the four countries yet to sign the European Security Council convention against human trafficking. The document is legally binding and requires that real changes be made. That is why the document has still not been signed, Gracheva said.

It’s difficult to file cases on labor trafficking because there are never any contracts. The courts require an employment contract to hear a labor violation case. Several attempts by Migration and Law to file cases with the courts have been denied, Atanyazova said.

President Vladimir Putin wrote in one of his pre-election articles that the number of employees working in unsanitary conditions increased by 17 percent from 2004 to 2010, and now amounts to almost one third of all workplaces in Russia.

“Some business owners and managers continue to behave as though it is the beginning of last century,” Putin wrote in an article titled “Building justice. Social policy for Russia.” “As though to gain a place in the market one must economize on workers.”

But since the global economic crisis began, salaries have decreased for low-skilled labor, largely because of an influx of migrant workers who will do the job for much less, experts said.

“Lowering the wages of one group of workers leads to lower wages in general,” said Zhenya Otto, an activist with the Committee of International Workers.

Although Putin regularly visits factories across the country, the government has contributed to a decline of workers’ rights since the 1990s. The new Labor Code passed in 2002 significantly restricted the rights of workers to strike. The code also does not prohibit the use of contract workers during a strike, as it should, according to international law.

Recently a clause that required companies to get the agreement of members of an independent union before firing its leader was removed from labor law. The erosion of labor protections has been paired with a privatization process that means education will stop being free starting next year and other social services are in the process of becoming commercial.

The mass anti-government protests that have hit Russia after alleged fraud in the Dec. 4 parliamentary election have revived the dormant labor movement, Otto said. In the last 20 years, independent unions have been few and far between, and those in existence tended to claim very few members.

There are official trade unions, but trust in those unions remains low. According to a 2008 Russia Public Opinion Research Center survey, only 2 percent of respondents said they will go to the unions, and 75 percent of Russians believe that unions have very little effect on workers’ rights.

Last month saw two significant labor victories. Workers in an auto plant in Kaluga, an industrial city 150 km (93 mi) southwest of Moscow, were promised a salary increase after they went on a much publicized strike. Delivery drivers from Perekryostok supermarket chain formed an independent union after two fatal car accidents, which workers said were caused by the straining demands of the job and the lack of rest periods. The union now numbers 200 people.

Fortunately for the Volgograd men, their new boss at the construction site came through on his promise to help take care of their immigration problems. Employing migrants without proper work registration is agains the law in Russia and is punished by fines. He said he will hire them to do more work with better pay now that they have documents.

Now that the men are documented they plan to file a case against Amonov with police and the Federal Migration Service. Shaidulla said he heard that Amonov is now planning to flee Volgograd.

“Don’t believe anyone’s words,” Shaidulla said. “Everything has to be on paper, documented. Check everything.”