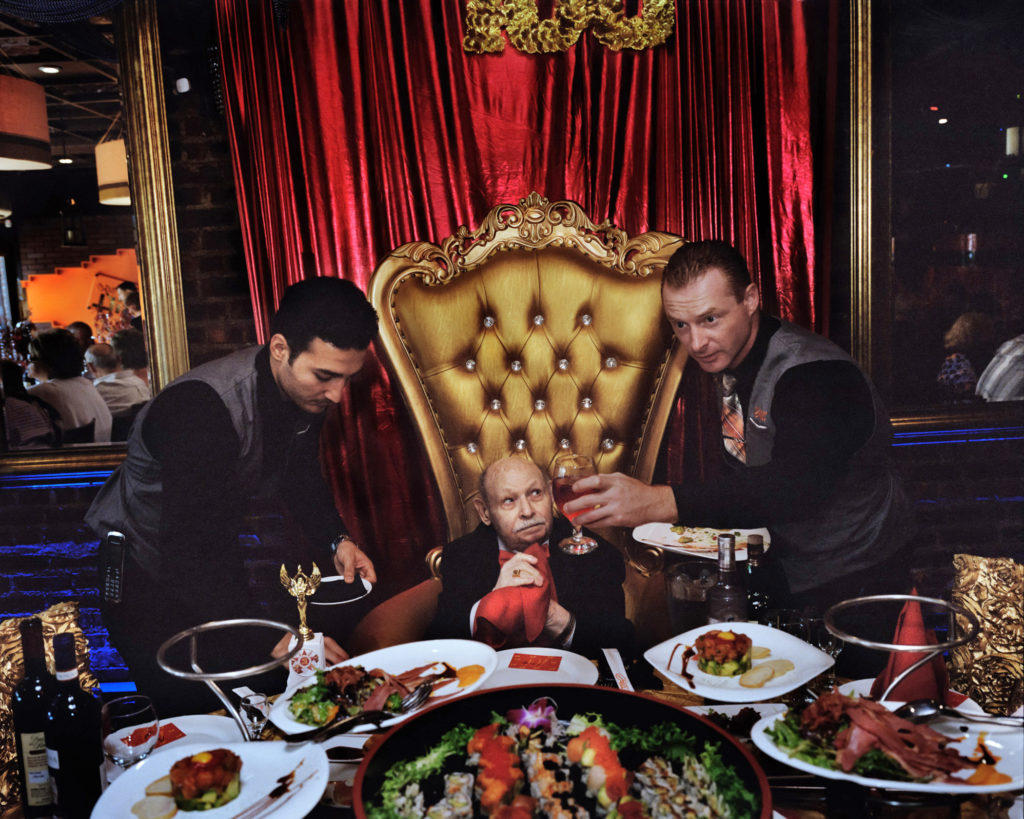 A glass of wine was raised during the centennial celebration of a decorated WWII veteran, Semyon Krasilschikov, in the Orange Grill Restaurant. Though the collapse of the USSR in 1991 changed Russia significantly and stimulated rapid modernization, the neighborhood of Brighton Beach savors the past and is a living museum of Soviet nostalgia. A life ensconced in traditions, values and the iconology of old world beliefs, this close-knit insular world of Soviet migrants lives a cloistered existence in the shadow of New York City. (Photo by Alexey Yurenev/GroundTruth)

“Silka”, which means exile in Russian, is a photographic exploration of Brighton Beach, NY; the most densely populated Russian-speaking community in the Western Hemisphere.

Though the collapse of the USSR in 1991 changed Russia significantly and stimulated rapid modernization, Brighton Beach savors the past and is a living museum of Soviet nostalgia. A life ensconced in traditions, values and the iconology of the old world beliefs; this close-knit insular world of Soviet émigrés lives a cloistered existence in the shadow of New York City.

In 2002, at the age of 16, I emigrated from Moscow to New York. Settling with my family in Westchester County, and already fluent in English, I quickly assimilated into the fabric of American life. Whatever homesickness I felt, I cured by visiting Brighton Beach. There, I stepped off the train into a historical period piece, а wax museum of Soviet nostalgia, full of WWII vets, grandmas in bright lipstick, and shady-looking men in tracksuits. Remnants of another epoch, these Russian-speaking Americans, had created a comfortable mold for future generations of post-Soviet émigrés to settle: a community that insulated itself with a language that had now adopted words like “fun,” “slice,” “train”, and “bye.”

For a young émigré from Moscow, everything was oddly familiar, yet slightly distorted, pickled in the memories of yesteryear.

In 2018, which marked half my life lived in the United States, I moved to Brighton Beach to explore the meaning of this post-Soviet enclave, with its lifestyle and traditions that Russian immigrants were once so eager to leave behind, as well as my own dual identity. I made it my purpose to define this neighborhood, which resembled neither the Russia I left, nor the America I was living in. Indeed Brighton Beach, although popularized by tourists as an extension of the Coney Island sideshow, is its own country. 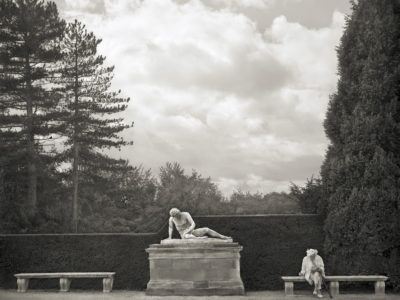