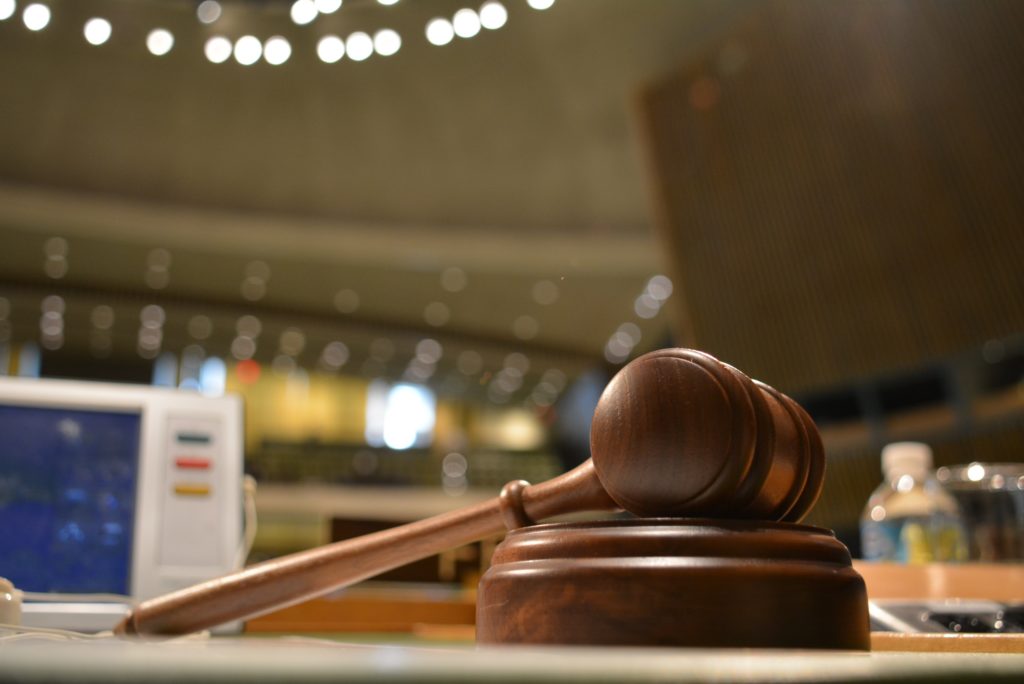 The gavel at the United Nations headquarters in New York City, where a historic climate deal was signed by more than 170 countries on April 22, 2016. (Courtesy/United Nations Information Centres)

NEW YORK — Representatives of 175 nations gathered in New York City on Friday to sign the Paris Agreement, a key step towards implementing the world’s first legally binding international accord on climate change.

Nearly 200 countries approved the document last year in Paris, but it does not take effect until it is signed and ratified by 55 countries representing at least 55 percent of global greenhouse gas emissions. The deal commits the world to limiting the global average temperature rise to “well below 2°C above preindustrial levels.”

Countries can sign onto the agreement at any time over the next year. UN Secretary-General Ban Ki-moon convened today’s largely symbolic signing ceremony to build on political momentum for the deal, which still needs to navigate a maze of domestic legislative processes to become law.

The signing ceremony set a record for the most countries to endorse an international agreement on day one, which was set in 1982 when 119 states signed the Convention on the Law of the Sea. Diplomats like Ki-moon are hoping the rush of support means the deal could come into effect as soon as later this year. In its original draft, the Paris Agreement had targeted a start date in 2020.

“Today is a day that I have worked toward since day one as Secretary-General of the United Nations,” said Ki-moon, addressing the General Assembly. “Together, let us turn the aspirations of Paris into action.”

French President François Hollande was first to sign the document on Friday. During his opening remarks, Hollande reiterated his support for a price on carbon and said he will ask the French Parliament to ratify the Paris agreement by this summer.

The United States and China, which together account for about 40 percent of all emissions, have said they intend to join the agreement this year. Even though the deal will not be ratified by a Republican-led Congress, President Barack Obama could join through executive action. Once enough countries sign on and the deal goes into effect, the next US administration would need to wait four years before formally withdrawing.

Still, the next US president could undermine the deal while still being a part of it, either by refusing to participate in it or by dismantling Obama’s Clean Power Plan, a key component of the president’s climate policy. The diplomatic process set in motion today, however, would make those maneuvers more politically difficult.

Friday’s ceremony was festive, featuring an address from actor Leonardo DiCaprio, a pair of stately chamber pieces performed by a horn quartet from The Juilliard School, and a chorus of 197 children lining the aisles of the cavernous General Assembly hall to call for climate action.

But along with triumphant rhetoric that cheered on those signing the Paris agreement, many ministers and heads of state offered words of caution.

“Signing the agreement is just the first step, the easiest part,” said Dilma Rousseff, the president of Brazil, who is facing impeachment in her country.

Underscoring the problem’s urgency, new scientific findings have worsened the climate outlook in the months since the Paris agreement was inked. A pair of studies suggest the world’s ice sheets could be melting much faster than expected, threatening the world’s coastal cities with rapid sea-level rise.

A devastating coral bleaching event has swept across the Pacific Ocean. And the National Oceanic and Atmospheric Administration has warned 2016 is on track to break global temperature records. Last year was the hottest to date.