In the shadow of history, UN youth gather in defiance of Trump’s refugee ban 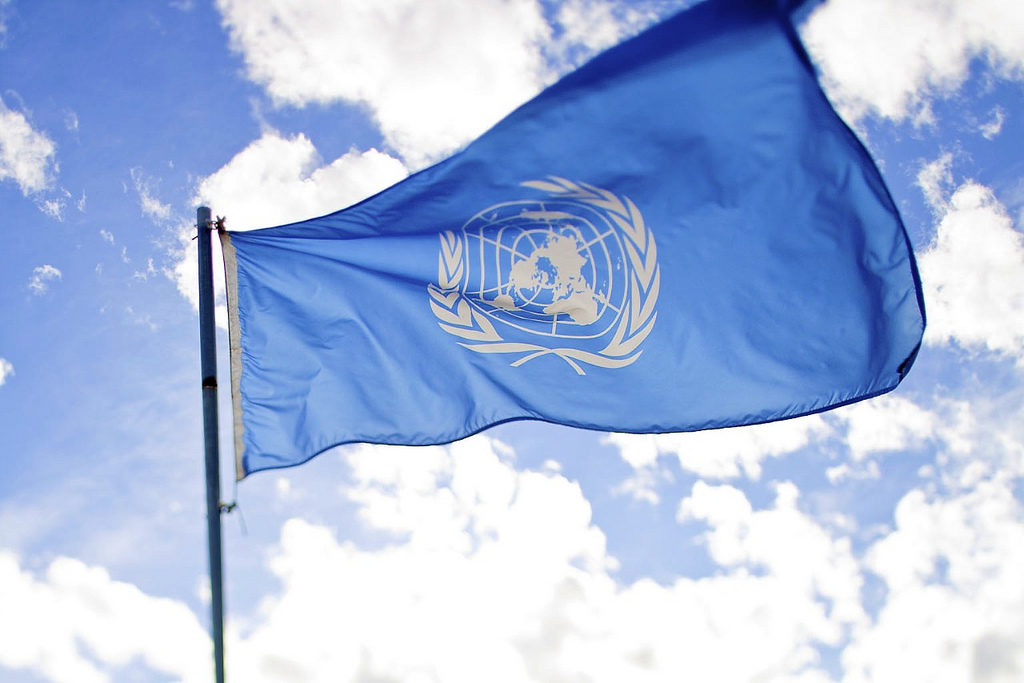 Since the U.N. rose out of the ashes of World War II, it has helped some 50 million refugees restart their lives from the 1948 creation of the state of Israel to the 1956 Hungarian revolution, and through the decolonization of Africa in the 1960s to those uprooted by war in Latin America in the 1980s.

So with an anxious sense of the current moment in American politics, a new generation of international diplomats and humanitarians gathered here to discuss some of the world’s top humanitarian priorities amid what has become the world’s largest refugee crisis since World War II.

One thousand delegates at the U.N. Youth Assembly, representing 85 countries, offered thoughts on global Sustainable Development Goals with the uncomfortable knowledge that some of their colleagues could not attend due to new travel restrictions affecting several Muslim-majority countries.

Anger and confusion could be heard in side conversations, even if the protocols of diplomacy were acted out on the main stage. The Youth Assembly began in 2004 to connect “exceptional youth, civil society, the private sector and the United Nations” under the leadership of the Friendship Ambassadors Program, a U.S.-based nonprofit.

Ahmad Alhendawi, a Jordanian who is the first person to serve as the U.N. Secretary-General’s Envoy on Youth, spoke about the value of international diplomacy in addressing the assembly.

“You are among the first generations that were brought to this Planet Earth with this amazing invention that’s called the United Nations,” said Alhendawi, 32, the youngest senior official in UN history.

“Over 70 years, we have been trying to get this notion right – that we are equal but we are different, that we can find ways to work together.”

And yet young leaders like Hissan Usmani, a 23-year-old civil engineer from Karachi, Pakistan, were afraid to come.

Usmani said he received an invitation, but became “terrified” to travel to the U.S. after learning about the travel ban and the “extreme vetting” mentioned in Trump’s executive order.

Pakistan is not one of the seven countries listed in Trump’s ban, but chief of staff Reince Priebus suggested the country could soon be added to the list.

“What about the ‘youth’ from seven Muslim countries who can not enter the U.S.? And youth from Pakistan (my country) are afraid to enter the U.S., too, due to strict vetting?” Usmani asked.

“Action begins with youth” he said, referencing the Assembly’s motto, but he hastened to add that is only possible “when they are allowed to enter instead of imposing a ban.”

Delegates who were not directly affected by the ban were quick to condemn it, but wanted to protect their privacy. They included representatives from Mexico, Japan and the Philippines who joined a conversation about how young voices can inform the world’s most important challenges.

One young woman from Manila spoke critically about President Rodrigo Duterte, a strongman accused of mass killings as part of a stepped up war on drugs who has also been called “the Philippines’ Donald Trump.”

She said that the United Nations represents a safe space where those who believe in the Universal Declaration of Human rights can work among kindred spirits.

“Back home, it’s very hard to have these conversations,” she said, as several other delegates from the Philippines nodded their heads in agreement.

Others seconded the words of United Nations Secretary-General António Guterres, who spoke against the new U.S. policy on refugees on Feb. 1.

Despite a backdrop of uncertainty, delegates were proud to share the work that they said had brought them to the Youth Assembly in the first place.

Frishta Abdul Wali is teaching young Afghan women to read by using recorded verses of the Quran, choosing Islam’s central text as an educational tool so they “don’t get backlash from the Taliban or other groups.”

Abdul Wali, 20, hails from Uzbekistan and Afghanistan. She moved to the U.S. in 2005 with her family and currently attends Princeton University.

And Artin Perse has prototyped a tamper-resistant bottle that doles out just a single pill as a way to fight the opioid addiction crisis that swept his uncle from a comfortable professional life into the streets.

Perse chatted enthusiastically about his invention as he waited outside the room where he’d just pitched judges in a UN-supported entrepreneurial competition.

And outside the building, the world’s flags still fluttering side by side, videographer Brian Hanley filmed himself railing against President Trump’s ban in a post for social media. A protester across the street used a megaphone to chant, “China! No human rights!”

Hanley pointed out that the terror attacks on U.S. soil, including 9/11, were carried out by people who were not from the seven countries on Trump’s blacklist.

“We’re not just talking about an ineffective or an immoral measure,” he said. “We’re talking about something entirely counterproductive.”