Voter disenfranchisement is at the core of Florida’s recount 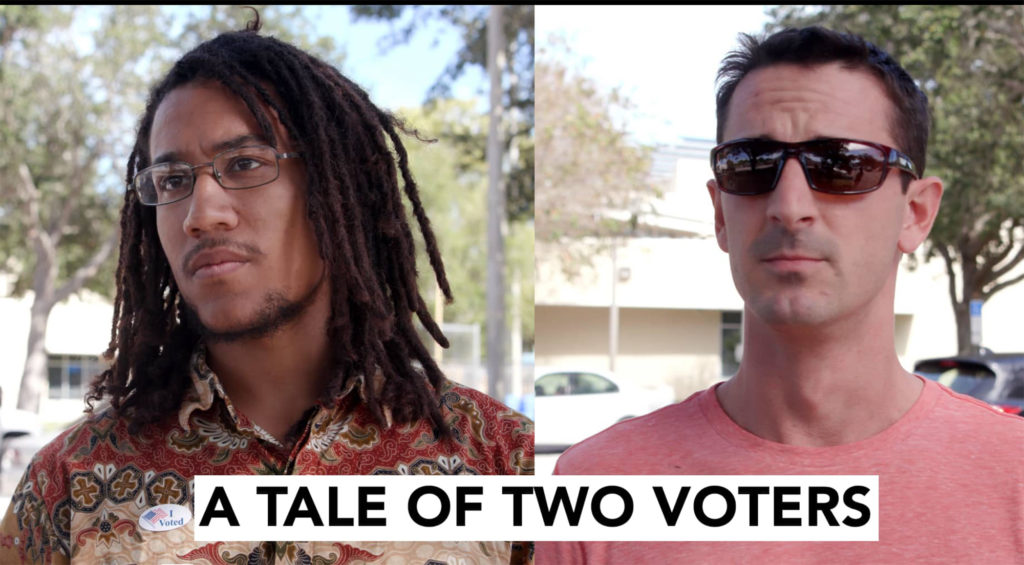 The voting experience in Florida varied wildly depending on race and socio economical status.

UPDATE (November 15, 2018): A federal judge ruled that voters whose ballots were rejected because their signatures didn’t match state records will have until Saturday to correct them. A final result on the ongoing recounts in the senatorial and gubernatorial recount will be pushed back to next week.

WASHINGTON — Andrew Gillum withdrew his concession of the Florida governor’s race Saturday after its razor-thin margin triggered a recount in a midterm election that drew record turnout despite mounting evidence of voter suppression.

On Sunday, the Democrat Gillum told a packed Baptist congregation in Fort Lauderdale why he believes a recount is necessary.

“Voter disenfranchisement doesn’t just show up when you have a man or a woman blocking the entrance to a polling place, or a dog, or a water hose,” said Gillum, who would become the state’s first African-American governor if the recount tips his way.

“We are talking about the people. They did their civic responsibility and showed up under the premise their vote will be counted, and now it is our job to ensure that every single one of their votes be counted. That is what the democratic process is about,” said Gillum.

Voters in Florida seemed to experience two different elections, one where most white voters were pretty much unimpeded while casting their ballot and another where voting rights advocates say disenfranchised voters, mostly poor people of color, were experiencing a higher frequency of obstructions due to the so-called “exact match” law on absentee ballots.

A Tale of Two Voters from GroundTruth on Vimeo.

Election workers are racing to complete the statewide recount in both the gubernatorial and senatorial races by Thursday, and a Palm Beach County official warned that it would be “impossible” to finish on time. Palm Beach County GOP Chairman Michael Barnett told CNN that would be “good news for Republicans because our candidates are ahead.”

At the same time, national GOP leadership including President Donald Trump has accused Democrats of trying to “steal” the seats by embracing the recount. “Trying to STEAL two big elections. We are watching closely!” Trump tweeted.

Gillum responded at a press conference on Saturday, saying, “We don’t just get the opportunity to stop counting votes because we don’t like the direction in which the vote tally is heading.”

“Voter suppression,” he added, “can show up in that first time voter, the one who entered this process so enthusiastic and so excited about the opportunity to go out there and participate in the democratic process, to let their voices be heard—only to hear their president, their governor, their United States senator throw out unsubstantiated claims of fraud and calls and choruses to stop the counting of the votes.”

Florida emerged as a clear battleground for voter suppression this election cycle. We don’t yet know how many ballots were rejected on Election Day due to a controversial “exact match” rule for signatures. We will likely never know how many potential voters gave up after voting machine breakdowns created long lines at polling places in several parts of the state.

Even before Election Day, the Brennan Center for Justice reported that “between December 2016 and September 2018, Florida has purged more than 7 percent of its voters.” And nearly 1.4 million Floridians were unable to vote in this election because of a past felony conviction, many of them African-American.

Florida had been one of just three states to permanently ban ex-felons from voting, but this election Florida voters resoundingly passed Amendment Four overturning that ban, which meant one in five African Americans in Florida regained suffrage. It was the single greatest gain since the 1964 Voting Rights Act, which could significantly impact results in 2020.

The governor’s race has been fraught with allegations of racism and suppression targeted specifically at the black community.

In August, Gillum’s opponent Ron DeSantis told Florida voters not to “monkey this up” by electing Gillum, which was interpreted by many as a racist dog whistle.