Seven women peacemakers who should be on your radar 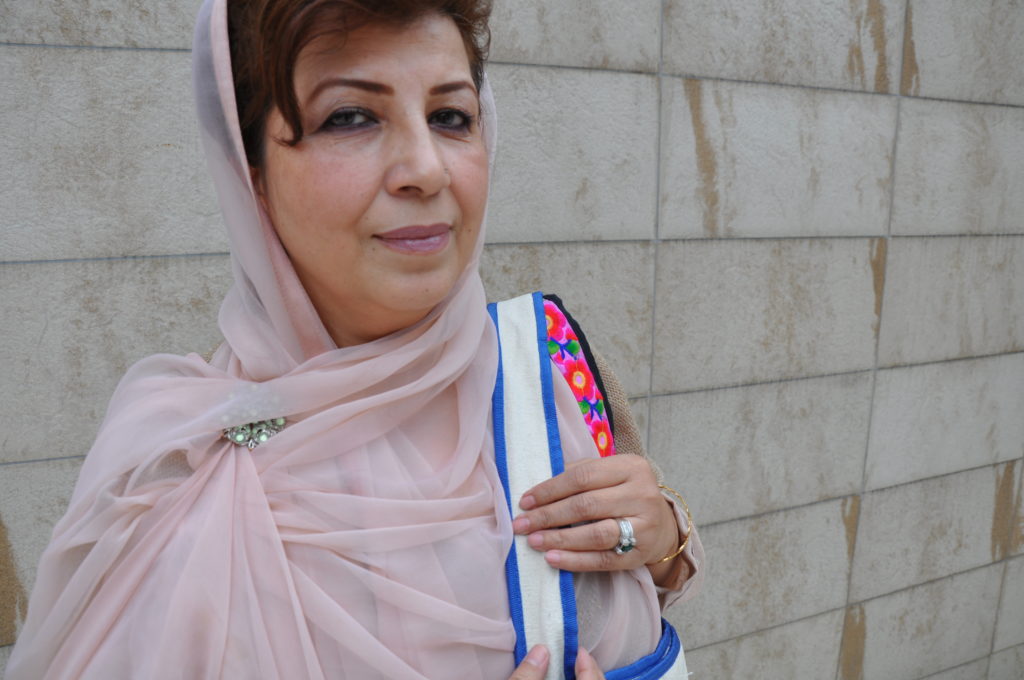 ISTANBUL, Turkey — When it comes to women and conflict, the media often delivers two narratives. On one end of a restrictive spectrum, women are victimized and under siege – vulnerable, isolated, and helpless. And on the other end, as evidenced by recent coverage of female Kurdish fighters in Syria and Iraq, we see a celebrated, if not fetishized, image of the woman as warrior – the sexy, gun-wielding badass.

But often lost between these bipolar optics are the stories of the women in the middle, those at the vertex working tirelessly on conflict resolution. Their voices are loud. But their actions are even louder.

“The women in the middle are marginalized, invisible,” says Sanam Anderlini, co-founder of the International Civil Society Action Network (ICAN), which held its third annual forum on women’s rights, peace, and security in Istanbul last fall.

“They are the bravest…they stand up without weapons,” she said. “They are the best their countries offer. We must start not only recognizing them, but also relying on them to fight these battles.”

Meet seven women in the middle – those fighting in a slow, long untelevised war where the warriors are unsung and the sidelines are really the centers.

“Women in Afghanistan…where do I begin?” grunts 32-year-old Humaira Saqib, the founder and director of the Afghan Women News Agency. Her petite frame belies a half-awake aggression she says every Afghan woman must possess if she wants to get anything done. “We no longer live in the dark but there’s still not light.”

Afghanistan, considered one of the worst countries in the world to be a woman, has been riddled by war for decades. In 2013, a potentially pivotal law to prevent violence against women was quickly scrapped by parliament. The quota of seats for women on provincial councils was cut and a proposal to reintroduce stoning as punishment for adultery was heralded.

Humaira, who studied psychology at Kabul University, says she grew tired of the near absence of women in local news coverage and, conversely, the victimization of women in international media. Her staff of six, a mostly volunteer news organization, reports on women across the country – women as entrepreneurs, women as politicians, women as mothers, women as revolutionaries.

“Afghan men often ask me in confusion: ‘So why do we need an initiative like yours?’” she says, smirking proudly until her cheeks reach her ears. “And I just laugh, because they’re answering their own question.” 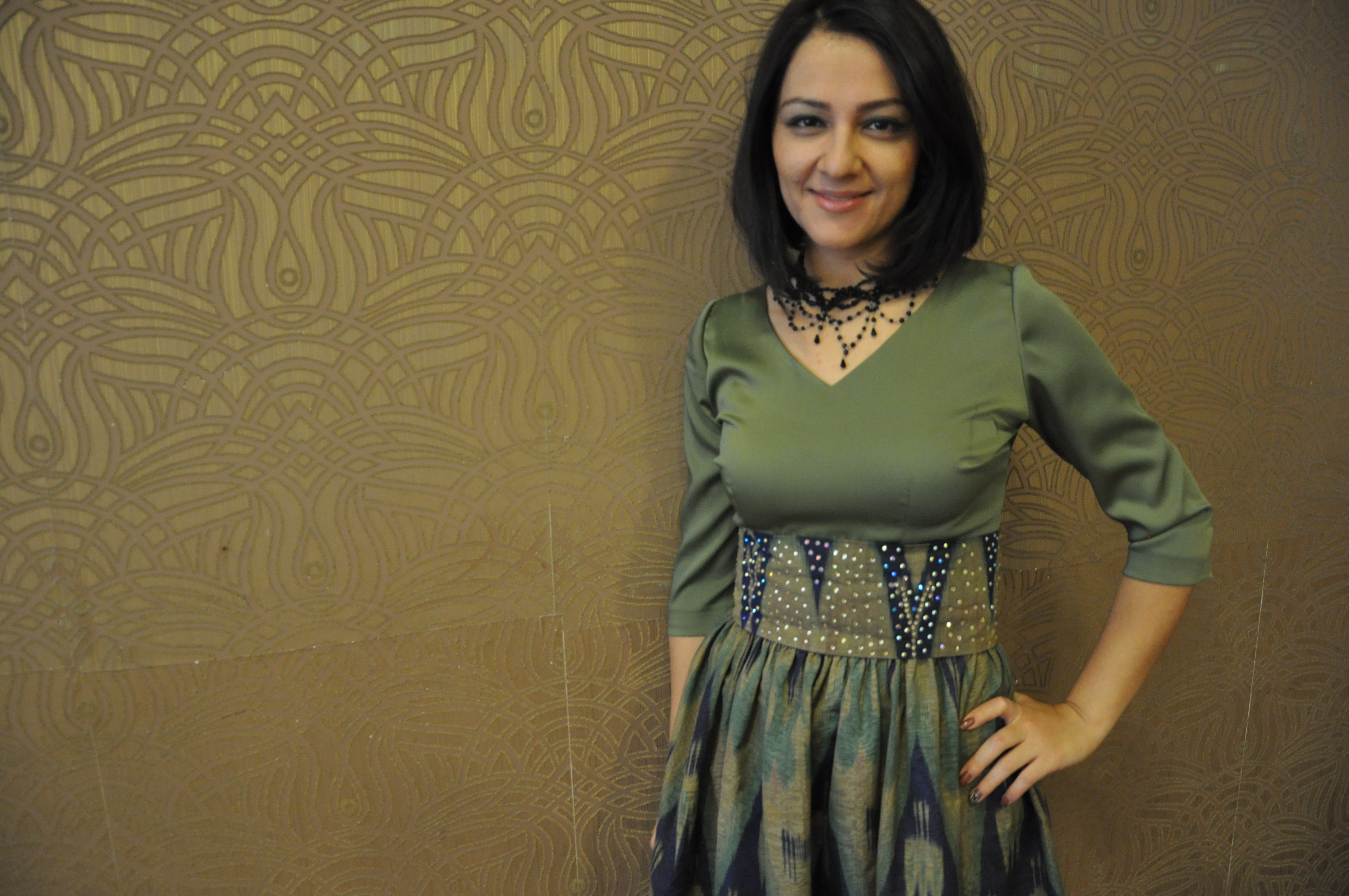 “People are, like, ‘Tajik…Tajikiwhere’?” Malika laughs, smoothing the creases of her ornately sewn Tajik dress. “People are like…‘Wait, Tajikistan’s a country?!’”

Malika Jurakulova is one of Tajikistan’s most prominent peace and gender equality advocates. But advocacy on a global stage is difficult, she says, when so few have ever heard of the tiny landlocked central Asian country that borders China and Afghanistan.

Tajikistan plunged into civil war shortly after it gained independence from the Soviet Union in 1991. A five-year civil war between the Moscow-backed government and an Islamist-led opposition cost 50,000 lives and deeply paralyzed the country’s economy. It’s still one of the world’s 30 poorest countries by GDP per capita and ranks 145 out of 177 countries on Transparency International’s Corruption Perception Index, and is often referred to as a family-run kleptocracy.

“We have a lot of work ahead, of us,” she says. “Tajikistan is small, but it’s important.”

Malika works as a specialist in the country’s Foreign Affairs department of the League of Women Lawyers of Tajikistan. She focuses on amending the country’s divorce legislation, which often economically penalizes women, and tackling growing extremism.

Nearly half of the country’s population is under 14, she says. And without economic access, these youth could quickly become a lost generation.

“Popular discontent over poverty and failing services has been kept in check by repression and an exodus of the dissatisfied as migrant workers,” outlined the International Crisis Group in a 2011 brief.

“The secular, Soviet-trained leadership that emerged from the civil war now finds itself dealing with a society increasingly drawn to observant Islam…Jihadist groups, too, are paying more attention to Tajikistan.”

After years of no religion, the country is only beginning to “figure out” Islam, says Malika.

“Extremist clerics are taking advantage of the vacuum,” she says. “When there is no opportunity, people turn to other means.”

And while the country is now relatively unknown, she fears it could become known for all the wrong reasons. 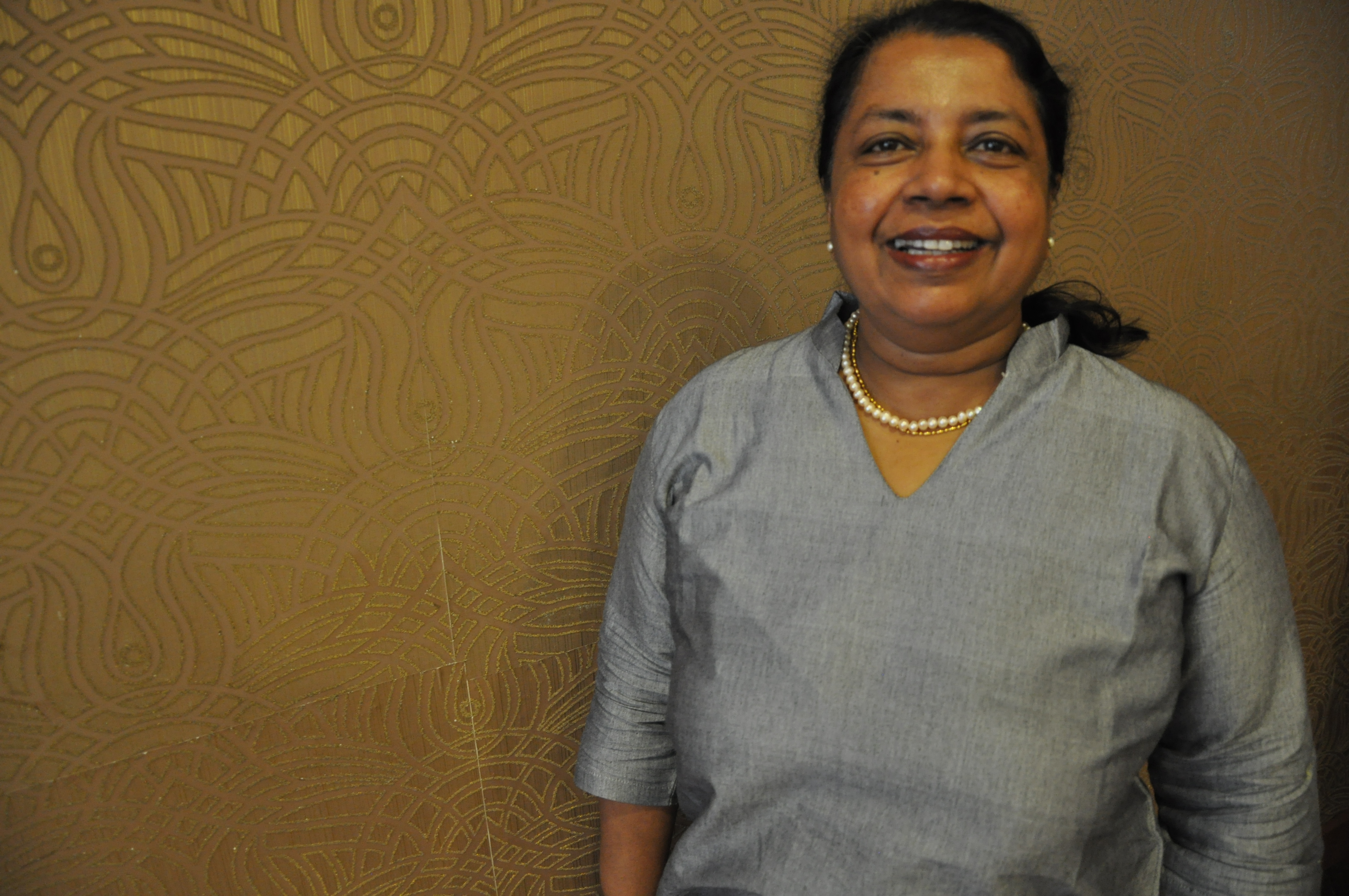 Veteran’s Day is always a bittersweet holiday for Visaka. It’s a day she celebrates the birthday of her beloved 38-year-old son. But it’s also a day when celebrating means remembering, a day marked by loss, not presence. In 1998, at the height of Sri Lanka’s brutal civil war, her son was reported missing in action.

“The war came to my doorstep,” she said. “I had to keep going, though I knew nothing would ever be the same again.”

Sri Lanka, a picturesque tropical island off the southern tip of India, floats above a dark, chilling past. A 25-year civil war between the country’s Sinhalese and its Tamil minority in the northeast cost 70,000 lives and deeply eroded an already precarious trust.

The conflict ended in May 2009 with the government reclaiming land from the Tamil Tiger rebels, but the blame game has spawned an unrelenting political ping-pong match, with both sides accusing the other of abuses. Last March, the United Nations Human Rights Council voted to open an international investigation into possible war crimes by both the government and the Tamil Tigers. The investigation has caused fierce objection from the government, which has come under fire for cracking down on dissent.

In 2000, Visaka founded the Association of War Affective Women and Parents of Servicemen Missing in Action, which educates soldiers and civic leaders about international standards of conduct of war. She is also credited for bringing Tamil Tigers to the peace talks and facilitating cross-cultural engagement. She belongs to the majority Sinhalese Buddhists, who make up about three-quarters of Sri Lanka’s 20 million people.

“Human nature is like water,” she says. “It takes different shapes, but you can ultimately help shape it for the better.”

She says Sri Lanka remains at a critical juncture, with the cause of the conflict – vast inequity and hobbled access – still festering. Democracy is fragile, she says, and corruption is widespread. She advocates for more education and political representation among Tamils, especially for women.

“We could backtrack,” she says. “We could lose everything. This is not a far away possibility. I’m worried, but I remain hopeful for a better country.”

In the meantime, she is still waiting for her son to come home. 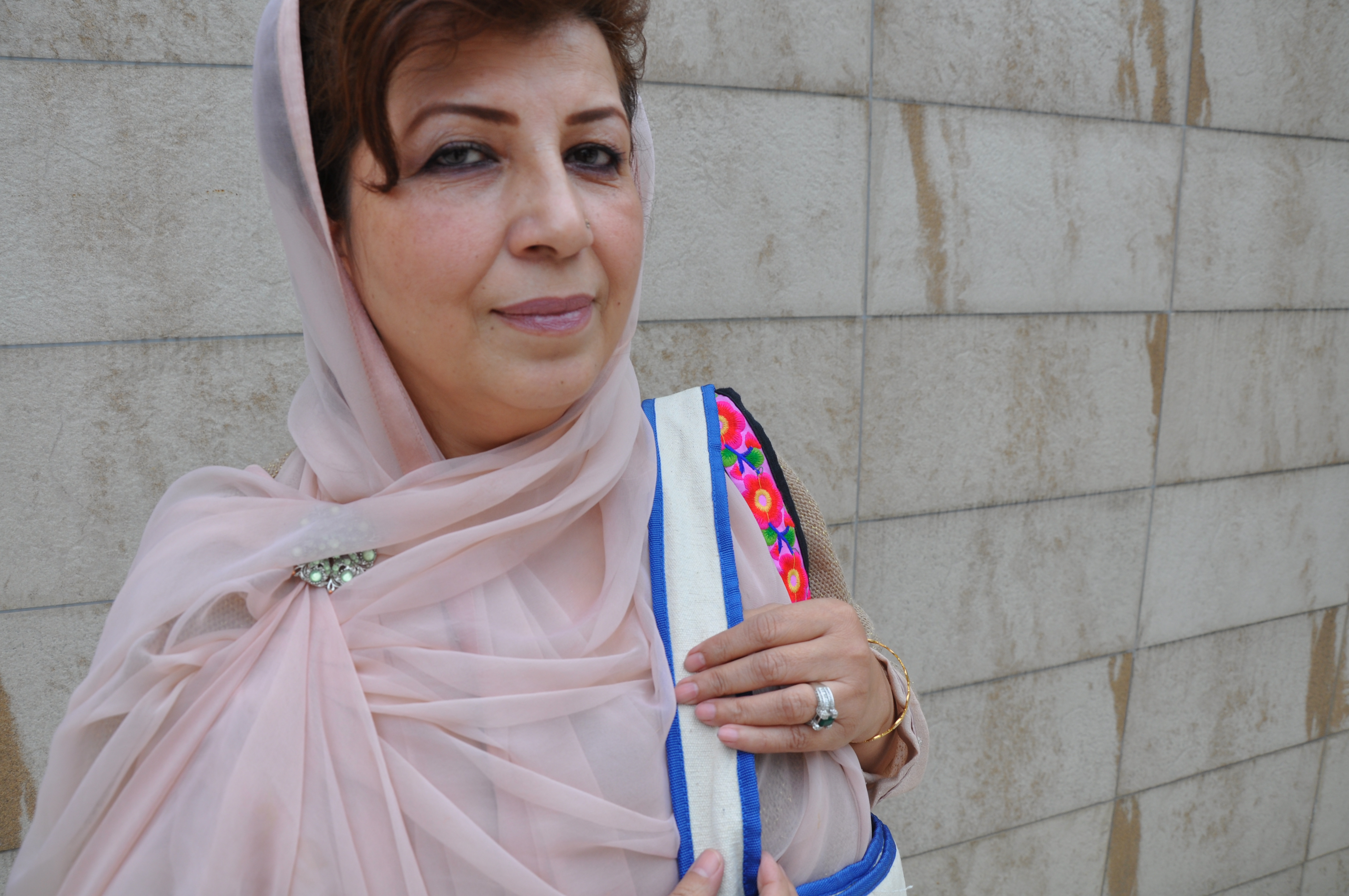 Many years ago, a chance encounter with the mother of a Taliban fighter changed Mossaret’s future.

“I looked at this gentle mother of Osama,” she recalls. “And I knew there was another way to fight extremism in Pakistan.”

Since then she has been fighting extremism through perhaps the greatest, underutilized weapon: the mothers of radicalized youths. Through her nonprofit group, PAIMAN Trust, Mossaret says she has worked with and transformed hundreds of young men, including potential suicide bombers, who have long been exploited by the country’s extremists. She helps both mothers and at-risk youth through job training and reintegrates them into their communities.

“Pakistan needs critical thinking,” she says. “We need to develop an indigenous counter narrative to extremism through the Quran and peacebuilding initiatives.”

Qadeem is also a cofounder of Amn-o-Nisa, Women for Peace, a coalition of women in Pakistan against extremism, which calls for the end of American drone strikes, which they say undermines any meaningful peace.

Ala Ali, The peacebuilder — Iraq 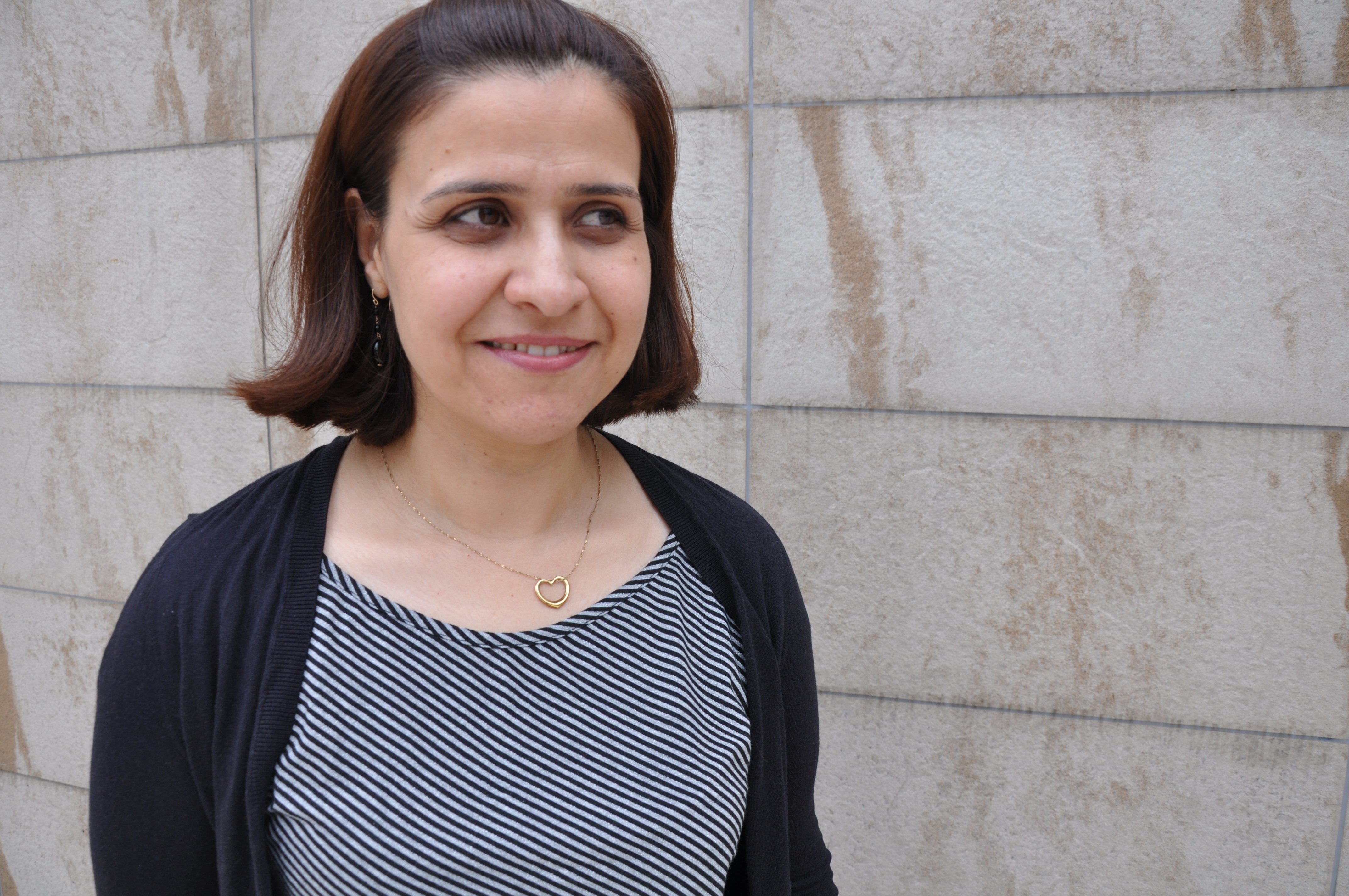 For the past seventeen years, Ala has devoted herself to promoting organizational democracy and peacebuilding in Iraq – a tall order in one of the most fractured countries in the world.

Most of her work has focused on studying the roots of violence in Iraq’s restive Anbar province, beyond ISIS. In December 2013, Ala explains, Iraqi national security forces stormed the private residence of the Iraqi Finance Minister, accusing several of his staff of supporting terrorism. She says that this incident triggered long-standing enmities in the province.

“The Sunnis accused Maliki of following an Iranian government agenda and conversely, Maliki and his followers accuse the Sunni blocks of following a Saudi Arabian and Qatari agenda,” she says. “Religion, ethnicity, nationalism, and tribalism are each used as political tools to mobilize one group against the other.”

After decades of dictatorship, Ala says a culture of dialogue is still absent and national identity is elusive.

“The government of Iraq must dissolve all militias and maintain a national army,” she says. “And the international community must engage all groups in national dialogue, including extremist clerics and old Ba’ath party members.”

“We need all parties involved to resolve the unity,” she says. “Otherwise, it’s hopeless.” 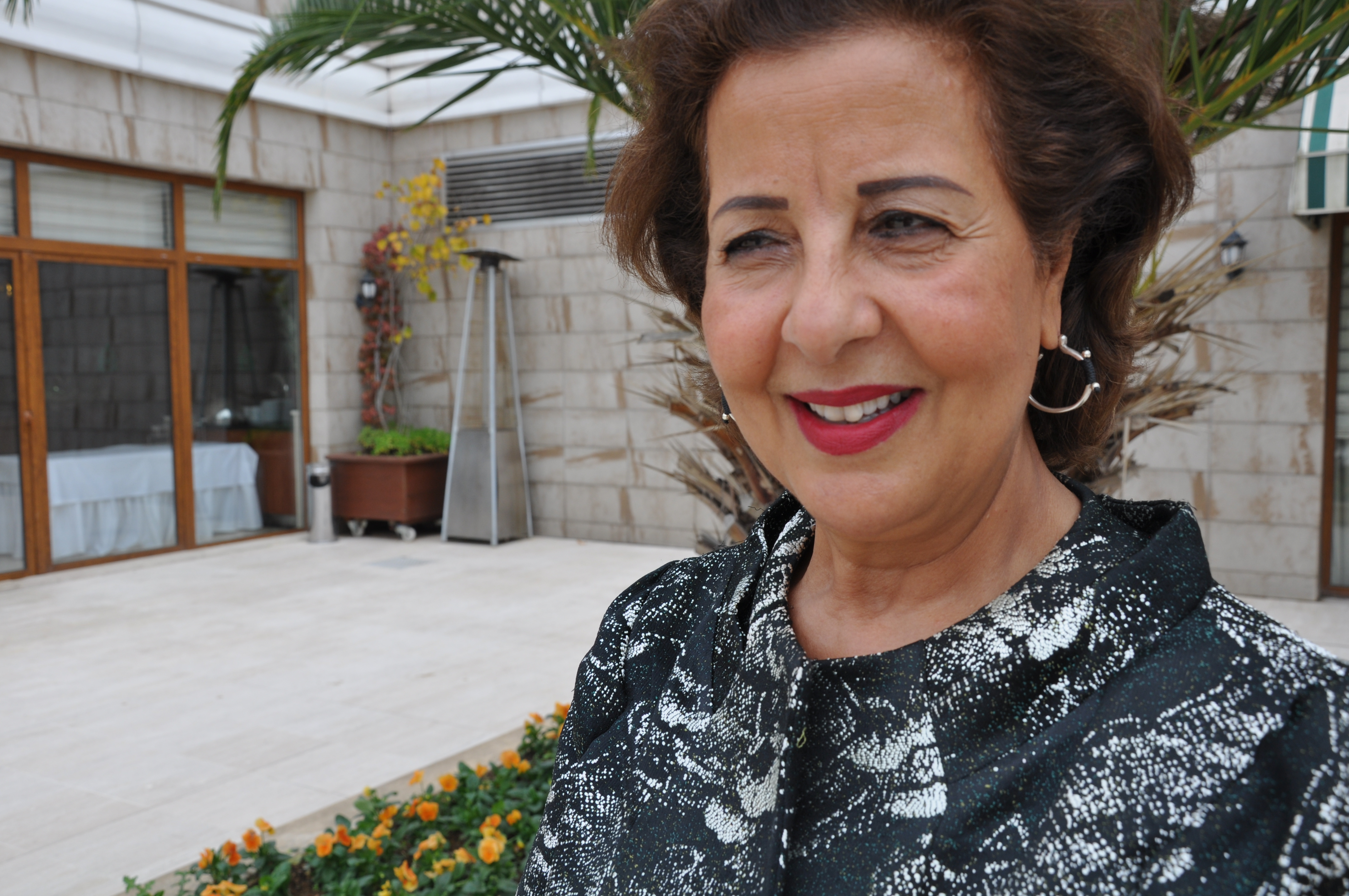 In 1980, Libyan human rights activist Farida El-Allaghi was targeted by Gaddafi’s white-knuckled regime and forced to leave Libya. So when Farida watched the overthrow of Gaddafi’s regime in 2011 from Lebanon, she celebrated. But not for long.

“Gaddafi left us without anything,” she says. “Then NATO pulled out and left us in the mouth of lions.”

The ensuing crisis has left the country with two rival governments and a slew of armed factions battling for oil wealth and power. As in other countries, such chaos and lawlessness has incubated the growth of ISIS, which has expanded in Libya in recent months.

Back in September, Libya’s then acting prime minister sought to reassert authority over the turbulent country by naming a new cabinet and recommended Farida as foreign minister.

“I was honored, but knew it would never happen,” she says. “Libya is not yet awake.”

Shortly after the nomination, Farida’s brother survived an assassination attempt in Tripoli. His best friend didn’t survive. While details are vague, Farida says it may have been a message for her to stay away. 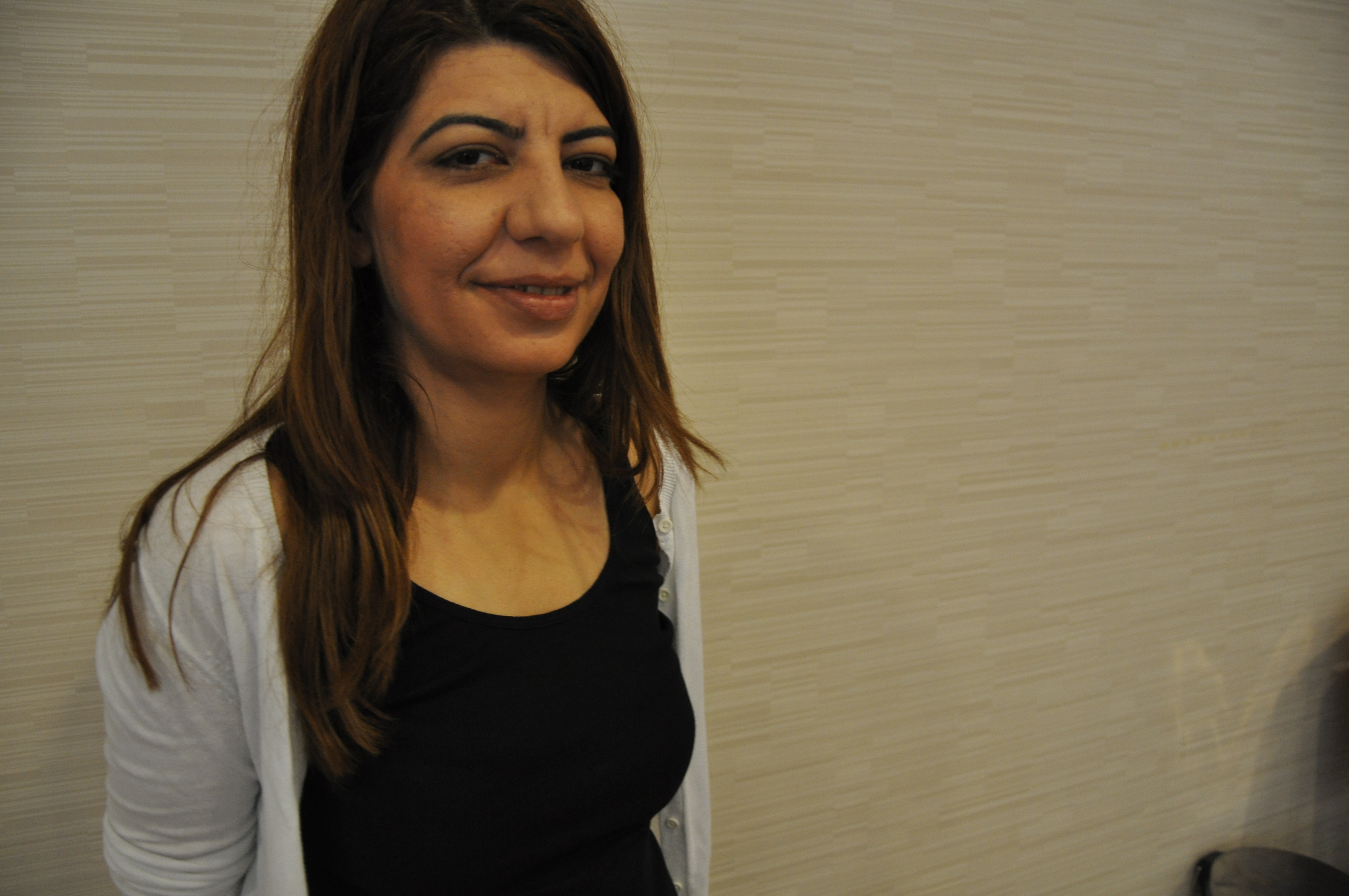 Ozlem Yasak is the general advisor to the mayor of Diyarbakir, a city in Turkey’s Kurdish southeast region.

“Turkey has advanced,” she says. “But women are still second-class citizens.”

Indeed, only a quarter of Turkey’s women participate in the labor force – one of the lowest rates in Europe and the Middle East. Turkey ranks 125 out of 140 countries in the World Economic Forum’s global gender equality report. That’s only slightly above Iran, Saudi Arabia, and Egypt.

What’s more, according to a widely cited 2009 study, almost 40 percent of Turkish women experience domestic violence in their lifetimes. And honor killings are still an issue rarely voiced, let alone addressed, in rural parts of the country.

Alongside the disenfranchisement of women, Yasak also pushes for more economic and social rights for Turkey’s Kurds, a disenfranchised minority that makes up a fifth of the country’s population.

Kurds are one of the largest ethnic groups in the world, around 40 million, marginalized with no state of their own. They stretch across an area including Turkey, Syria, Iraq and Iran. The only internationally recognized Kurdish entity exists in Iraq, with its own regional government, a viable economy, and robust security forces known as the Peshmerga.

Until 1991, it was illegal to speak Kurdish in public in Turkey. Broadcasting in Kurdish was banned until 2002, and until 2003, parents were forbidden to give their children Kurdish names. Kurdish-language public education is still heavily contested, with many Kurdish children forced to take classes in Turkish, a language they rarely learn at home.

“We still have a long way to go,” she says. “Equality isn’t ours yet…it’s not anyone’s yet.”