Separated by diaspora, modern-day healers divine the wisdom of their ancestors 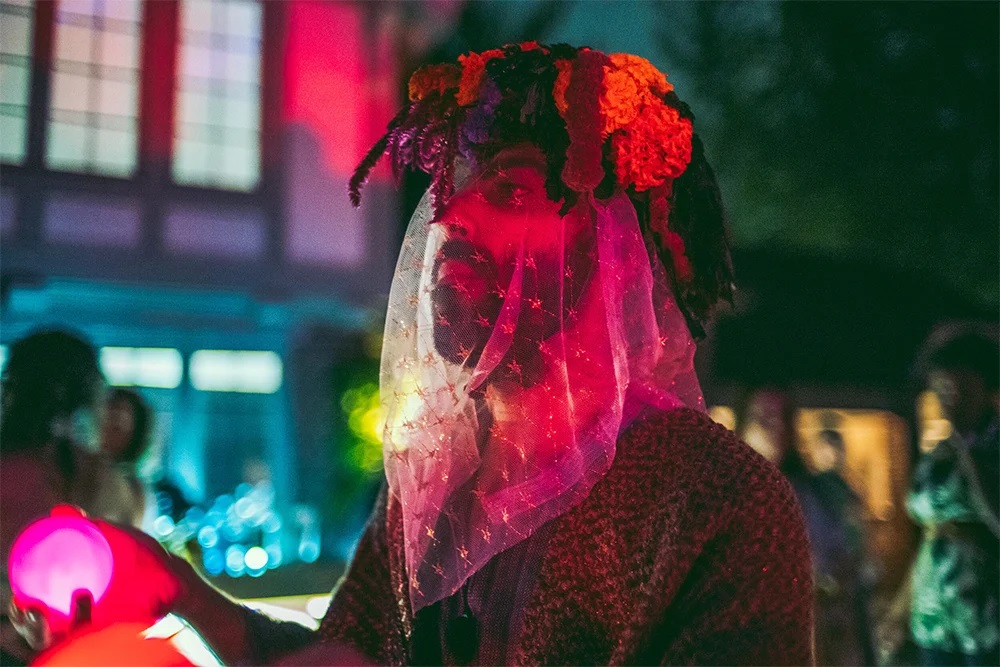 Kalafian, who lives in Glendale, California, has inherited her ancestor’s healing spirit and is seeking to piece together her techniques. The closest thing she has found is reiki, a Japanese energy healing practice that, like her great-grandmother’s art, involves channeling healing energy through the hands of the practitioner.

Today, along with guided meditation sessions and traditional coffee cup readings, Kalafian offers her own version of reiki, intuitively substituting Armenian words and symbols for the Japanese ones in an attempt to rebuild a practice lost in the tumult of family history.

The work isn’t about perfect replication. Kalafian’s practice relies as much on intuition as on inherited knowledge. “Culture isn’t always preservation,” she said. “It’s where you’re at now and what you’re doing to evolve.”

Efforts like Kalafian’s have a history in the United States. Beginning in the 1960s and ’70s, then picking up speed in the 1990s, neopagans began formulating faiths such as Wicca and Nordic Asatru, based on mostly pre-Christian European deities and nature worship.

Though they occasionally stray into ideas about white supremacy — the California-based Asatru Folk Assembly, for instance, has been designated a hate group by the Southern Poverty Law Center — these movements are often considered a pointed rejection of European Christian culture, and their adherents often champion political or social justice causes such as queer identity.

Kalafian’s quest is in some ways more personal, and tied to the idea of global diaspora. She belongs to a loose network of young healers, mystics and practitioners who have coalesced around a group called the Southwest Asian and North African Ancestral Hub, or SWANA Ancestral Hub for short. Rather than any single culture or faith, its members are bonded by their shared separation from their disparate homelands. They support each other as they research, reconstruct and catalog their cultures’ healing and spiritual practices.

“It’s about the joy and the healing that comes through being in connection with each other and our cultures,” said Layla Feghali, the group’s founder, in a phone interview from her home near Los Angeles. “It’s about sharing our stories.”

Sarah Pike, a professor at California State University-Chico who studies new religious movements, said that in focusing on a community of color, the work of the SWANA Ancestral Hub is akin to the work of Black Americans revitalizing West African Yoruba faith practices, or Chicanos embracing Mexican Indigenous practices.

“There’s an idea of religion being in the blood or the bones, or the genes, that you carry it with you. It doesn’t depend on where you are, but it’s connected to a specific place that might be far away from you,” said Pike.

The source of Feghali’s work is her family’s ancestral village in Lebanon, where, she said, the people knew the land and her fruits intimately. “All of my seeking has led me to an understanding that our earth-based practices seem to be a place where all the answers are,” said Feghali. “Our ancestors have so many of those answers.”

Her garden in California is a laboratory where Feghali tries to divine those answers, while necessarily developing the clues she has gleaned from Lebanon to invent something new. She grows the roses, orange trees and poppies — her “plantcestors,” as she calls them fondly — and turns them into the traditional oils, teas and tinctures that she sells on her personal online souk, or marketplace. As part of a course she offers, Feghali will mail out a tincture or an oil and ask students to self-administer for two weeks before reconvening over Zoom to discuss.

Like the neopagans, some of those exploring traditional cultural practices are looking to free themselves from established faiths that they find oppressive.

Six years ago, Levon Kafafian, an Armenian American weaver in Detroit, began creating rites for the autumnal and spring equinoxes and other seasonal turns based on Armenian practices and incorporating his hand-woven textiles.

Kafafian, who is queer, partly hoped to provide a cultural alternative to “a deep and heavy judgment” in the Armenian Orthodox Church.

Practitioners like Kafafian “want to move away from the liturgical aspects of religion, but you can’t move away from those aspects of ethnic identity,” said Sabina Magliocco, an anthropologist at the University of British Columbia, so they turn to traditional practices.

The Armenian church “has been a unifier for a group that has such a diverse range of idea, lifestyles, dialects and cuisines,” said Kafafian. “I think we’re at a time where we can be so much more deeply connected beyond that.”

Feghali, the child of a Maronite Catholic and a Malachite Catholic, pointed out that ancestor-honoring and earth-based practices are peppered through those ancient churches’ worship. Her work is less about escaping church traditions than delving into the ancestral knowledge they are rooted in.

It is a search she acknowledges may not have drawn her had her family not moved 7,000 miles from their Lebanese village.

“Our need to connect is more intense because our sense of what’s lost is more intense,” said Feghali. “Diaspora has the potential to be a place where we create from a new place, where we connect to where our ancestors come from and honor that.”

A version of this story appeared on Religion News Service on MAY 14, 2021