‘Science serves every one of us’: Moments from the March for Science 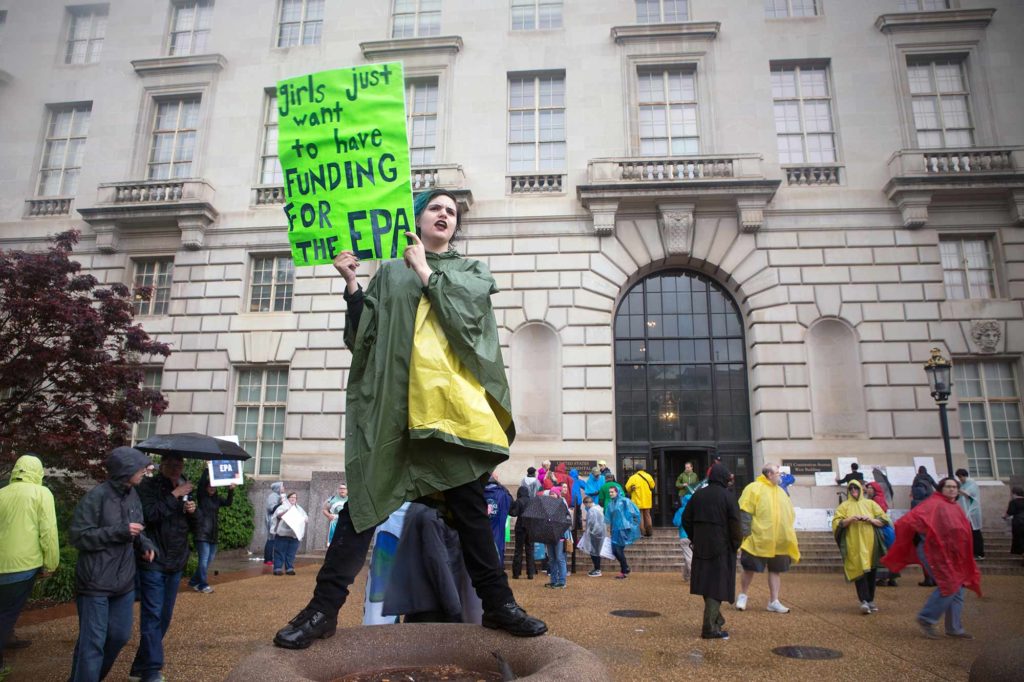 Despite rain and chilly temperatures, thousands showed up in Washington, D.C. to march for Science on Saturday, April 22, 2017 – and so did many others across the 610 satellite marches planned worldwide. Click on the videos below to hear what demonstrators had to say, or see the gallery of photos taken during the march at the bottom of this page.

‘My job prospects have been completely severed. All hope was just wrecked.’

Bari Turpie, who just got a degree in atmospheric and oceanic science, says his hopes of joining NOAA are undercut by the Trump administration.

‘You can kiss New Orleans goodbye.’

Bill Hirzy, who was an EPA scientist for 27 years, says that we’re on the pathway to “catastrophe” with climate change.

‘Science serves every one of us.’

Bill Nye, also known as “Bill Nye the Science Guy” for his popular ’90s television program, spoke to the crowd at the March for Science in Washington, D.C.

‘Experiments and projects can’t get done [without funding].’

Kai Jacob, a college student and aspiring astrophysicist, is worried about public funding for the sciences.

‘The stakes are the future of the planet.’

Carmen Revenga, who manages the fisheries and aquaculture program at The Nature Conservancy, says science needs to be more accessible.

‘Terrorism is going to increase and it’s going to be chaos.’

Madeleine Arena, a high school student from North Carolina, is worried about the affect climate change will have on terrorism.

‘We experience it in Miami everyday.’

‘Maybe I should care.’

Valerie Hunt, a New Jersey hospital worker, realized that she should care about climate change and science after her younger brother shared his concerns on Facebook.

‘As human beings, we’re designed to deal with immediate danger.’

Robert Mykland, founder of the California tech company Ascenium, urges the public to pay attention to the threat of climate change.

See photos from the March for Science